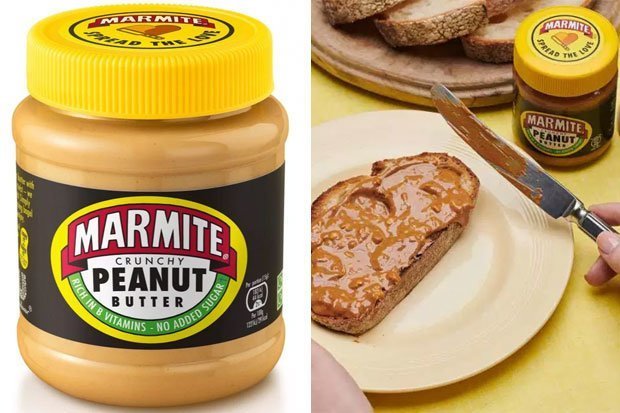 Stores and brands have been busy stocking their shelves with Marmite infused foods lately.

The Marmite chocolate Easter egg shocked the nation when it was launched earlier this year, while Papa John’s delighted customers with a Marmite stuffed crust pizza.

And now Marmite themselves have launched a brand new product, a crunchy peanut butter.

The new spread – called the Marmite Crunchy Peanut Butter – is about to land in UK supermarkets for the very first time.

It will make breakfast time all the more easier for those who can’t decided between peanut butter or marmite when it comes to their toast.

The recommended retail price is £2.50.

“We’re delighted to bring the nation exactly what they’ve been craving with the creation of Marmite Peanut Butter.

“It’s the most exciting product launch since the conception of the brand in 1902 and we’re confident that the nation is going to love it.”

END_OF_DOCUMENT_TOKEN_TO_BE_REPLACED

END_OF_DOCUMENT_TOKEN_TO_BE_REPLACED
We and our partners use cookies on this site to improve our service, perform analytics, personalize advertising, measure advertising performance, and remember website preferences.Ok