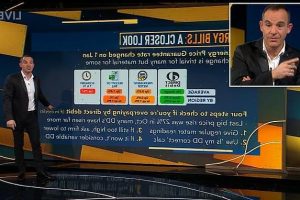 Martin Lewis has shared his top tips for ensuring you’re not overpaying on your direct debit for your energy bills – and it could save you £200.

He said that there are ways you can check if you are paying more than you should, and talked the audience through the steps to take to rectify the situation.

He added that one fan of the show’s mother had saved as much as £200 on her energy bills thanks to these tips. 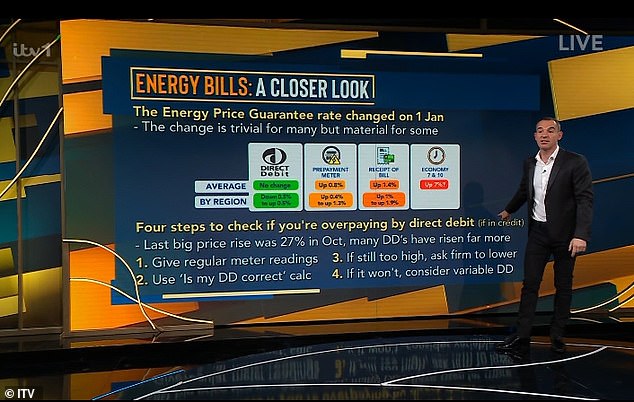 Martin explained that some people have been facing hiked up direct debit charges during the cost of living crisis, that could not be explained by how much energy they used.

The expert said there are four steps you can take to make sure you are not overpaying and to get a reduction if you are.

He went on to say that if the meter reading is not enough to explain the hike in charge, people should use an online calculator called ‘Is my Direct Debit correct?’ to check. 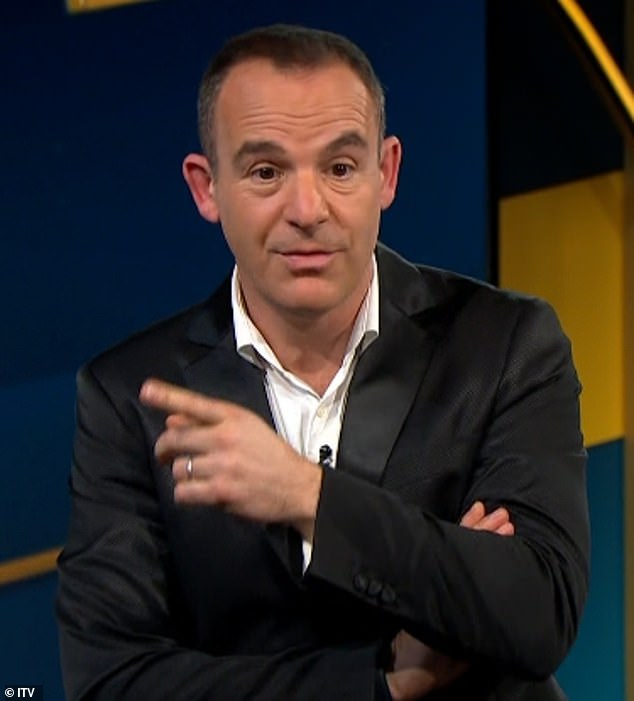 Martin explained that some people have been facing hiked up direct debit charges during the cost of living crisis, that could not be explained by how much energy they used

‘You put in your usage and it tells you what the energy price guarantee should be charging you based on your usage over a year,’ he said.

If the calculator shows that what you pay via direct debit is too high an amount, you can get in touch with your energy provider to kindly let them know, and ask for a justification as to why you’re paying so much.

Martin said that bringing up the calculator results to the energy company can help when trying to get your direct debit bill reduced. 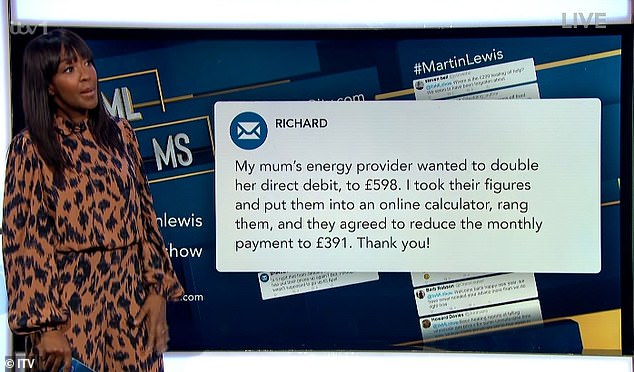 After he talked the audience through these four steps, his co-presenter Angellica Bell read a message from a viewer named Richard who said he has tried this method for himself

‘Many people tell me they go to payment on receipt of bills. That’s not the best route, because that costs about ten per cent more,’ he said.

The money saving expert said that one way to pay less via direct debit is to ask your provider to put you on a variable direct debit plan. However, he cautioned that not all providers offer this as an option.

‘Instead of having your usage smoothed out over the year and paying the standard amount, you give them a meter reading each month and then change your direct debit based on the meter reading so you pay for what you’ve used.’

The expert explained there are downsides to the variable plan, as people will have to pay big sums in the winter and less in the summer, depending on their energy usage.

However, he said that the variable debit route is ‘much cheaper’ than paying on receipt of bills.

After he talked the audience through these four steps, his co-presenter Angellica Bell read a message from a viewer named Richard who said he has tried this method for himself.

‘My mum’s energy provider wanted to double her direct debit, to £598. I took their figures and put them into an online calculator, rang them, and they agreed to reduce the monthly paying to £391. Thank you,’ Richard’s message read.

There was more growling and snarling on the opposition benches than you hear at Romford dog track: HENRY DEEDES watches Grant Shapps present the Tories’ new anti-strike laws… to the fury of Labour

A quarter of households have no savings… and a fifth couldn’t last a month if the main breadwinner was unable to work, data reveals

The UK’s 50 best workplaces have been revealed… and most are in tech, finance or consultancy: Check if your company made the list