Home » Marvel’s ‘The Eternals’ Ranked By Net Worth

Marvel’s ‘The Eternals’ Ranked By Net Worth 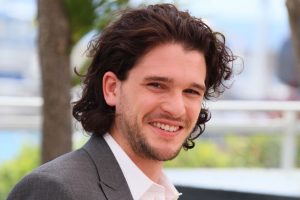 Marvel has created superhero teams within the MCU featuring celebrities and actors who maintain some of the highest net worths within the entertainment industry. The Avengers cast included some of the most iconic stars of the decade including Robert Downey Jr. and Scarlett Johansson. Guardians of the Galaxy also boasted some of the biggest celebrity action stars including Sylvester Stallone and Vin Diesel. But now, as Marvel prepares to launch into their Phase Four release, another new group of superheroes are set to take center stage.

RELATED: The Avengers Franchise: Every Cast Member’s Net Worth

The Eternals is set to launch a new collection of superheroes in the MCU’s fourth phase. The film first started production in 2019 and was set to be released in November of 2020. But due to the pandemic, post-production on the film became much harder to complete. Instead, the director of The Eternals, Chloe Zhao, chose to pursue her other film instead. The film, Nomadland, went on to win several awards at the 2021 Academy Awards including Best Director, Best Picture, and Best Actress for Frances McDormand’s portrayal of Fern in the film. With newly deserved critical acclaim for the film she wrote, directed, produced, and edited, there is a new wave of excitement for her Marvel feature debut. But in addition to snagging one of the best contemporary directors in cinema, the studio also scooped up some of the top actors and actresses in the field. Featuring a wide range of celebrities including former superhero stars and Game of Thrones icons, The Eternals is almost guaranteed to secure a spot in Marvel’s cinematic history. Here is a list of some of the iconic actors and actresses, ranked by net worth, who are starring in the new Marvel franchise.

Lauren Ridloff is known for having played the character of Connie on the popular series The Walking Dead. She has also been gaining attention for her dramatic roles including in the Academy Award nominated film Sound of Metal where she played Diane. Ridloff is set to star as the character Makkari in the film, known for being the impatient speedster of the group. She is also set to play the first deaf superhero within the MCU.

Brian Tyree Henry made his Marvel debut in the 2018 feature Spider-Man: Into the Spider-Verse where he voiced Jefferson Davis. He is also known for his dramatic performance in the Academy Award nominated film If Beale Street Could Talk as well as the recent blockbuster Godzilla vs. Kong. Henry is set to play the character Phastos who is known for his strength, quickness, and ability to fly. He is also the character who designed Kingo’s sword.

Lia McHugh is the youngest member of the cast, but not necessarily the youngest of The Eternals. She is set to portray Sprite, who despite looking young, is actually thousands of years old. The characters inability to age will be a comedic strength for McHugh who made her feature film debut in 2017  in Hot Summer Nights. McHugh gained further recognition as an actress with her recurring role as Jessica Nolan in the 2018 series American Woman.

Don Lee started his career acting in South Korea where he became a very popular actor. He gained further attention in the West when he starred in the Korean zombie film Train to Busan in 2016 which became a Netflix classic. He will be portraying the character Gilgamesh who has gone by a variety of different aliases throughout time including Hercules, Beowulf, and the Forgotten One. Known for his positive alliance with humans, Gilgamesh eventually joins the Avengers according to the comics.

Barry Keoghan is known for having starred in both the war film Dunkirk and the horror film The Killing of a Sacred Deer. He is set to play the character Druig who was a member of the KGB. Known for his ability to fly, teleport, and manipulate atoms, he is also the cousin of Ikaris, set to be played by Richard Madden. This will be Keoghans first superhero film but not his last, as he is set to star in the Robert Pattinson edition of The Batman.

Known for his portrayal of Robb Stark on the HBO series Game of Thrones, Richard Madden is set to play Ikaris, one of the main leaders of The Eternals. When Ikaris debuts in the comics, he is an undercover human who goes by the name of Harris. In addition to the ability to fly and levitate others, he can also shoot cosmic beams of energy from his eyes.

In real life, Gemma Chan is already an exclusive member of a Marvel club, having been one of only five actors to play multiple characters within the MCU. She previously starred as Minn-Erva in the 2019 Captain Marvel film. She is set to star as the witch Sersi who is known for her admiration of humans. According to the comics, she also becomes an Avenger, leading to the possibility of Chan starring in any future Avengers projects later on.

Kumail Nanjiani is one of the hardest working men in Hollywood. He wrote and starred in the Academy Award-nominated film The Big Sick alongside his wife, the equally talented Emily V. Gordon. Together, the couple just signed on to another project, agreeing to adapt the Edward Gorey tale The Doubtful Guest. He went on to star in some of the highest budget productions of 2019 as well including a new installment of Men In Black as well as Doolittle, featuring fellow Marvel star Robert Downey Jr.. All this, while being selected as People’s Sexiest Man Alive in 2017.

Nanjiani is set to play Kingo who studied as a samurai in Japan. In the comics, he takes his training and becomes one of the most iconic Japanese action stars of the day, perhaps reflecting Nanjiani’s own rise to becoming one of todays biggest action stars himself.

Kit Harington gained international acclaim for his role as Jon Snow on the series Game of Thrones. The role will be Harington’s first feature film post-series. He will portray Dane Whitman, a non-eternal who becomes a hero known as Black Knight. According to the comics, Black Knight enters into a relationship with Sersi, possibly foreshadowing an on-screen romance between Harington and Gemma Chan.

Angelina Jolie has embodied the spirit of a warrior both on screen and within her own life, so it’s only fitting that she will star as the warrior Thena in The Eternals. Born in Olympia, she is said to emulate perfection in the comics and often appears wearing a fully gold suit with a headdress. In the comics, she has a secret love affair with Eternals enemy Kro, which can add conflict to the plot. Having recently embodied Maleficent in the eponymous film, Jolie is expected to carry with her a powerful performance and a larger, previously uninterested audience into the Marvel franchise.

The star with the highest net worth of the cast is fittingly playing Ajak, the mother of all Eternals. Hayek’s character will play a gender-swapped role from the original comics and is set to be one of the most powerful characters in the film. Ajak was worshipped by the Incans and was buried in an ancient tomb to sleep until awakened by Ikaris. Salma Hayek has recently starred in The Hitman’s Bodyguard alongside fellow Marvel member Ryan Reynolds. Hayek took to her Instagram to express her excitement for the new film.

READ NEXT: Ranking The Net Worth Of Marvel’s Top Villains