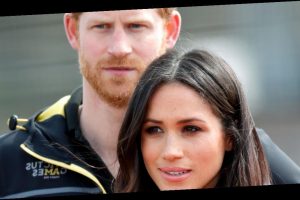 Harry and Meghan’s security bill could soar to £20million a year, sparking anger and a row over who will foot the bill.

Police fear guarding the pair as they tour the world on money-spinning trips will leave them unable to cope.

One ex-protection officer said: “This is adding to the Met’s woes.”

Experts have warned Harry and Meghan’s new life as an ­independent couple will be a ­security nightmare that sends costs spiralling as they travel the globe earning millions.

And a row has broken out as to who should foot the bill, which is expected to rise to £20m a year.

Senior officers are understood to be drafting emergency plans to double the ­protection team guarding the couple and their son Archie, nine months, who have all been in separate places recently.

It comes as police have been left stretched due to a decade of Tory cuts, and experts fear the move will put resources under even more strain.

“Harry and Meghan’s ­situation has called for a complete ripping up of the ­rulebook and they are acting like none of the rules apply to them.

“There is already a severe lack of trained officers and this is only adding to the Met’s woes.”

An internal Scotland Yard report seen by the Mirror has revealed a staffing crisis within the squad that protects the royals, which is now facing an increasing and ­unprecedented demand from the royal couple.

Since quitting the Royal Family and relocating to Canada, Harry and Meghan have taken solo trips between Vancouver, the US and UK – at times leaving all three of them in different locations.

Sources have told how calculations of between £3million and £6million a year to provide security were “woefully inadequate”. One added: “The average salary of a protection officer is in excess of £106,000 and, on current standing, Harry and Meghan need at least 12 if not more split over several teams.

Travel, accommodation bills and ­overtime payments are set to explode, with ­residences in multiple countries.

“Training for extra officers plus potential relocation payments to some who may be permanently based abroad has led to a complete reworking of the situation.

“The Met have been told to deliver the calculations before the ­Government makes its decision, but both parties are perturbed, with the situation exploding past £10million annually to easily reach £20million.”

It was announced last week that Harry, 35, and 38-year-old Meghan “will continue to require effective security to protect them and their son”.

But they sparked fury by insisting the taxpayer should cough up “based on the Duke’s public profile by virtue of being born a royal, his military service, the Duchess’s independent profile”.

Security sources have revealed “no agreement or concrete plan” is in place as the Met and Home Office wrangle over how it will be funded.

Labour MP Stephen Doughty said: “I support the freedom of Harry and Meghan to choose a more private life, but serious questions must now be asked about who is going to foot this ballooning security bill… particularly when they plan to travel for personal or commercial reasons.

“It cannot be right that at a time when communities across the UK are calling out for more police to tackle serious crime and violence that further pressure is being placed on them.”

Lib Dem Home Affairs spokesperson Christine Jardine added: “Given they have made the choice, it is reasonable for the Sussexes to contribute to the cost of their security abroad rather than put the whole bill on the UK taxpayer.”

Former Labour MP Emma Dent Coad said: “Why must we pay this vast sum to protect these soon-to-be non-royals to jet-set around the world as they play at being philanthropists?

“They are both multi-millionaires. They won’t starve.”

The Met is already struggling under the demands of increased global travel from the Royal Family, including a ­significant rise in long-haul trips.

Costs for guarding Harry, Meghan and Archie include an ­estimated £5million for their Frogmore Cottage home in the grounds of the Windsor Estate, which they will use while here.

The couple are courting the attention of global investment banking giants and big corporations are understood to be queuing up to work with them once they leave The Firm for good on March 31.

Insiders have spoken of a “gold rush” to be associated with the couple, who are set to make hundreds of millions in the corporate world.

END_OF_DOCUMENT_TOKEN_TO_BE_REPLACED

END_OF_DOCUMENT_TOKEN_TO_BE_REPLACED
We and our partners use cookies on this site to improve our service, perform analytics, personalize advertising, measure advertising performance, and remember website preferences.Ok