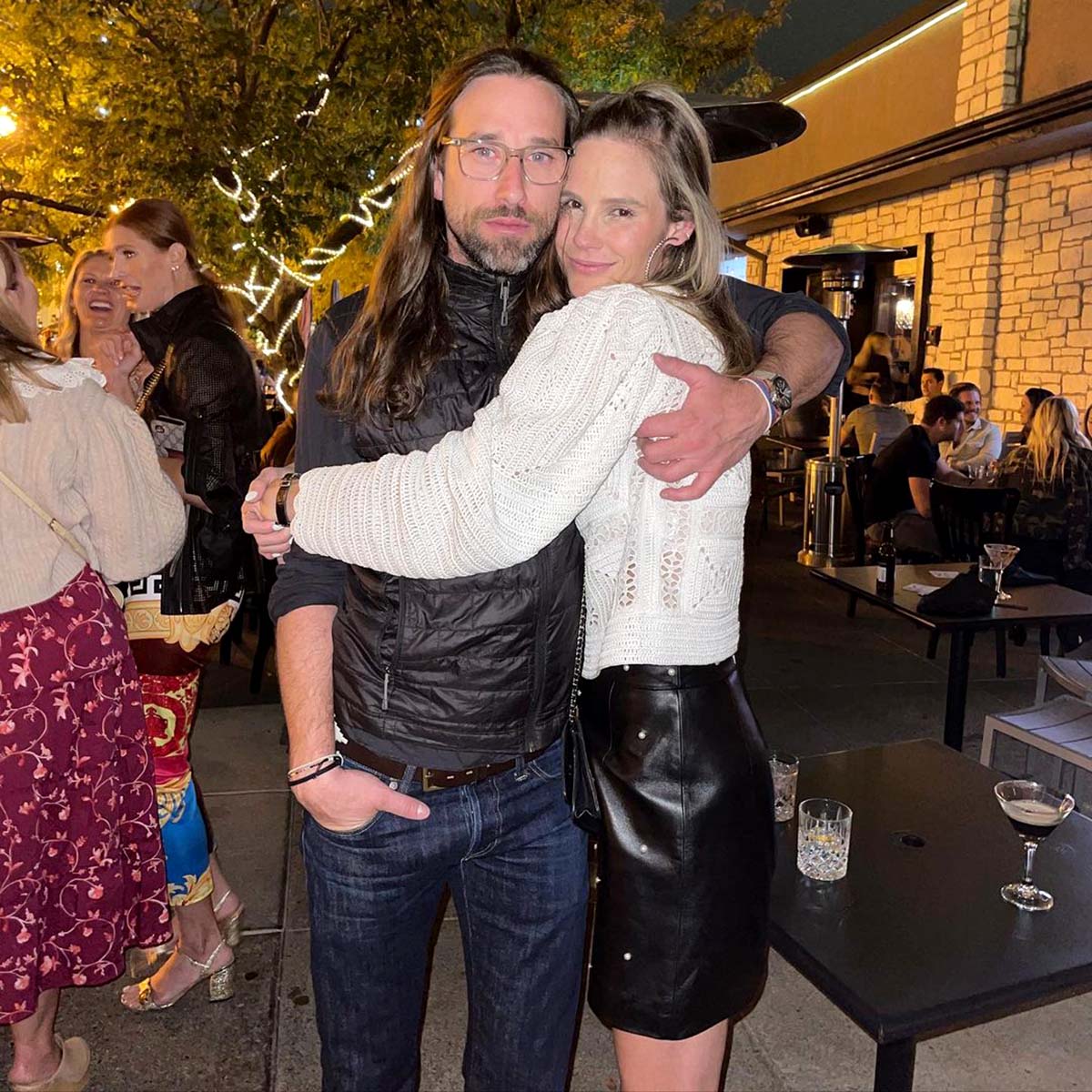 “Trying my best to avoid any cheesy introductions like ‘my main squeeze’ … so just meet my man. ❤️,” the 37-year-old star wrote via Instagram on Saturday, September 25.

The Real Housewives of Orange County alum gave Owens a big hug in the photo as the couple enjoyed a night out together.

King also shared snaps of the lovebirds getting cozy while wine tasting via her Instagram Story. In one photo, the TV personality walked hand in hand through a vineyard with Owens, who is the son of Biden’s sister, Valerie Owens.

The “Intimate Knowledge” podcast cohost’s new romance comes one month after Us Weekly confirmed that her ex-husband, Jim Edmonds, proposed to his longtime girlfriend, Kortnie O’Connor.

“Meghan did not hear about their engagement until weeks after it happened,” an insider told Us after the engagement news became public in August. “She has very little communication with Jim and if they talk at all, it’s about their kids.”

King, who shares daughter Aspen, 4, and twin sons Hart and Hayes, 3, with the former MLB player, 51, split from Edmonds in October 2019 after five years of marriage. The pair underwent a messy divorce before becoming legally separated in May.

“I’ve been learning how to be independent ever since we separated, ever since the divorce was filed, and so that’s almost, I guess, a year and a half now. So it just — it feels good. It feels good to put that behind me and just look to the future,” the former reality star exclusively told Us after the divorce was finalized. “I want to spend my life with a partner. I’m a loyal, monogamous individual. I’ve been having a lot of fun dating, but I’m really hoping to settle down and find that partner.”

Following their split, the Bravo personality moved on with Christian Schauf. The pair dated for five months before going their separate ways in November 2020.

Meghan King and Jim Edmonds’ Ups and Downs Over the Years

“As I close the door on my relationship with Christian I am quite literally opening the door to our new family home,” King captioned a social media post at the time. “(God/Spirit/The Universe has a way of doing funny things like that.) Our relationship deserves to be honored even as it ends.”

The St. Louis native went public with longtime pal Will Roos in January. At the time, King called Roos her “friend-turned-boyfriend,” noting that “things happen in a funny way.”

She gushed over her then-flame, joking via her Instagram Story, “For now, we’re just friends. And by ‘friends’ I mean super close besties who also kiss and hug. Ok, so I don’t mean ‘friends’ at all.”

The duo called it quits earlier this year before King began seeing Owens.