Meghan Markle’s New Hairstyle Is Pretty Different From Her Signature Messy Bun, & I’m Here For It

If life has taught me one lesson over the years, it’s that all good things must come to an end. This includes movie marathons, procrastination sessions, and apparently, Meghan Markle’s iconic messy bun. The Duchess of Sussex wore the style throughout her early relationship and engagement to Prince Harry, and even donned it on her wedding day, but alas, Meghan Markle’s new hairstyle might’ve officially replaced her tousled updo. However, whereas some good things that reach their end are replaced by less-pleasant happenings, I’m here to report that I actually like — dare I say, stan — the more polished, refined styles we’ve been seeing Markle wear as of late. She’s a royal, everybody, let the woman brush her hair! Markle’s been really changing up her carefree look, and while she’s a natural beauty regardless, I’m in favor of her new duchess-level ‘do.

Before we welcome in the new era of updos, let’s begin with a short eulogy for the style that made her a beauty icon in the first place: the Markle Messy Bun. Tousled strands framing a face of freckles and a small bun that hit at the nape of the neck are the look of choice we’ve come to associate with Markle, and it was a good look at that. But as her regal status elevates, it’s no surprise she’s taming it a bit to give off a more ladylike look.

You were fun while you lasted, Markle Messy Bun: 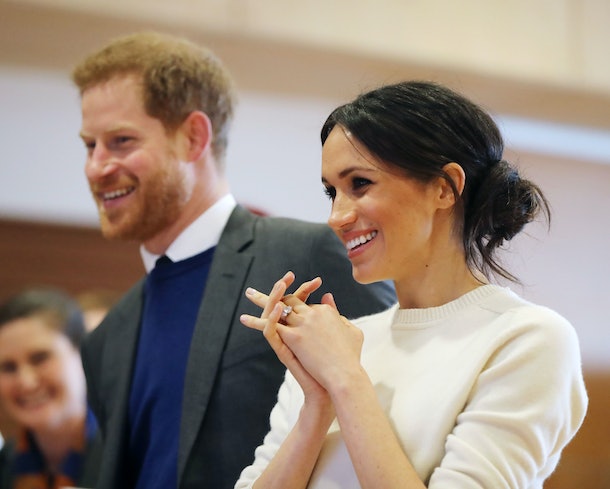 Especially when you kept our girl’s look true to herself on her royal wedding day: 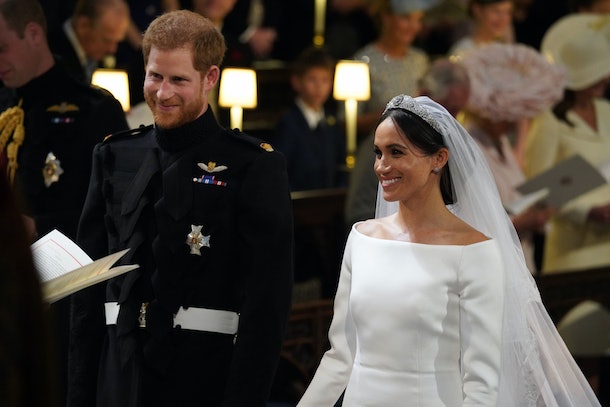 Your soft tendrils will be missed: 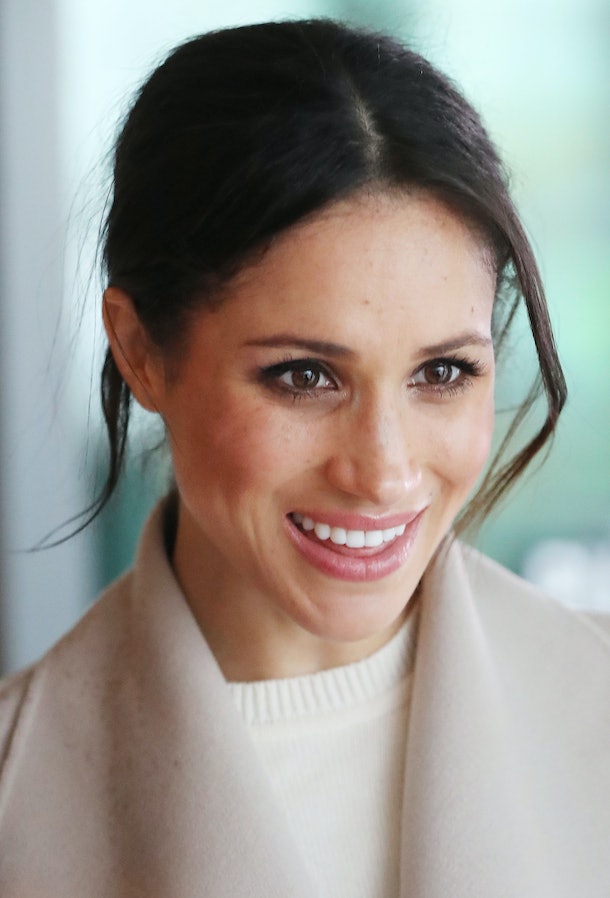 Now, onto her latest look. Based off of recent appearances, it’s safe to assume that Markle is willingly tightening up her look and opting for a more sophisticated hairstyle. It’s not a major, she-looks-so-different sort of change; if anything, it’s just a bit of fine-tuning. She’s ditched the strands that frame her face, sharpened her center part, and given her bun itself a little lift. And honestly? She looks amazing. 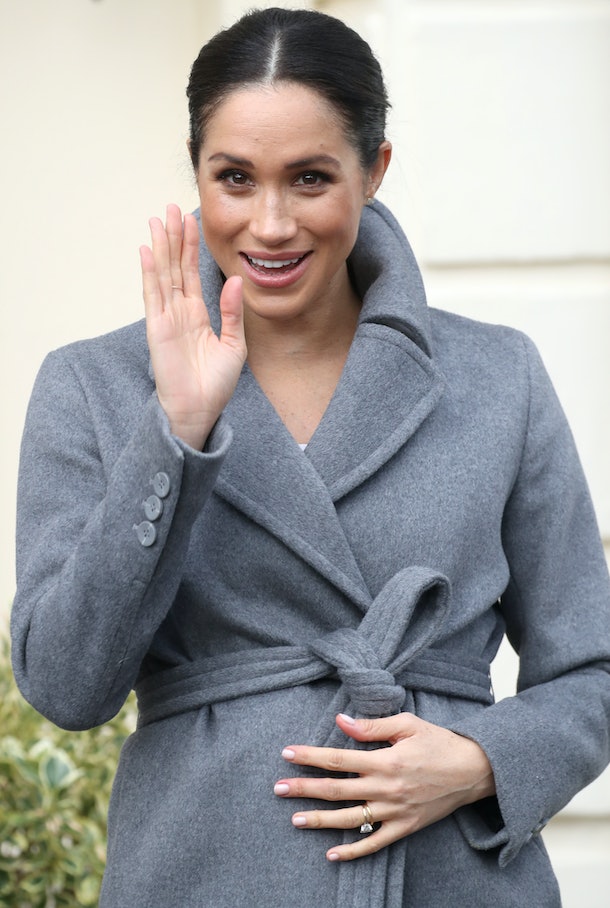 No longer tucked at the nape of her neck, the Markle Regal Bun sits higher on her head, and while it’s definitely not 10-cans-of-hairspray perfect, it’s certainly more polished than her former signature updo.

Maybe Markle will start stepping up her jewelry game, now that her ears are on full display? I’m sure Prince Harry would be more than willing to spoil her with some bomb earrings as a new baby gift: 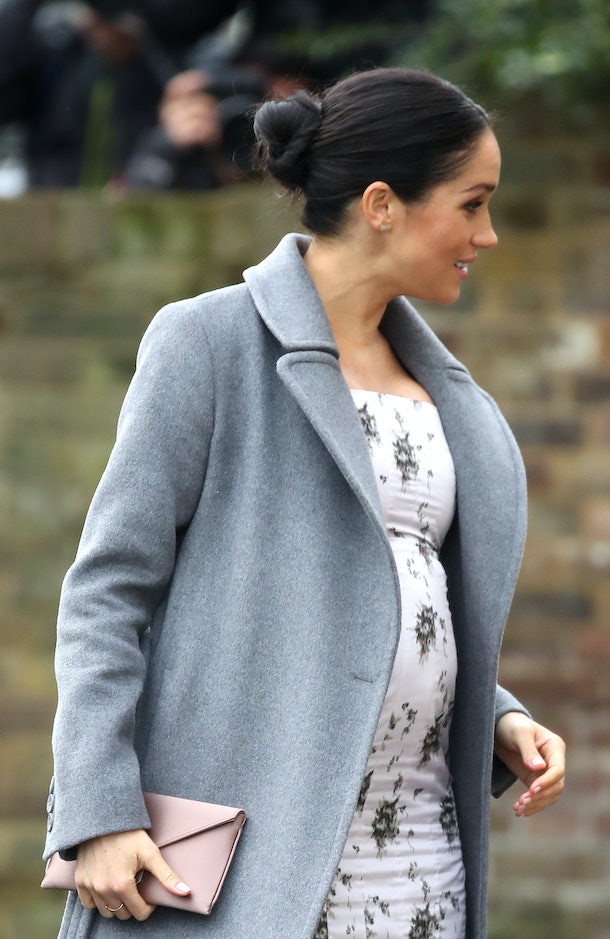 The most interesting part about the Markle Regal Bun? Sometimes it’s not a bun at all: 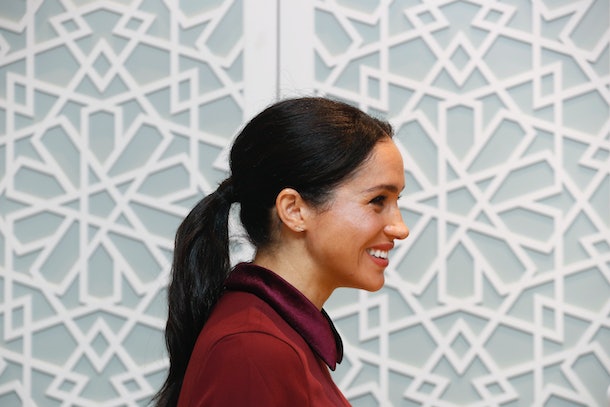 After perfecting the pulled-back front, Markle has gone on to experiment with other looks, including ponytails and even a chic half-up style: 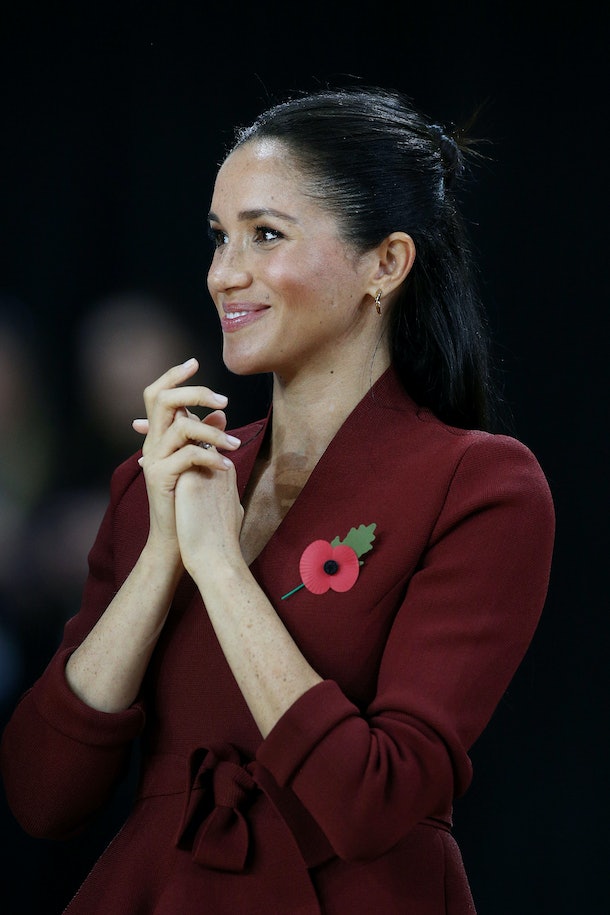 I love, love, love this new look, and honestly, I think Markle will be glad to have her hair out of her face when she’s on mom duty in a few short months. Change is good, people, and when change means a chic new hairdo on one of our favorite duchesses, it can even be great.