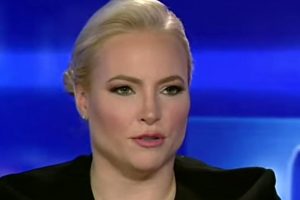 “I don’t want anyone to feel sorry for me.”

Meghan McCain is addressing those who are accusing her of portraying herself as a “victim” while discussing her exit from “The View.”

In an interview with Fox News host Howard Kurtz on Sunday, the conservative commentator — who opens up about her departure from “The View” in her new audio memoir, “Bad Republican” — reacted to the critics, explaining that her experience on the daytime talk show highlights a “much larger issue” about the “toxicity” of certain work environments and the treatment of women after they’ve returned from maternity leave. 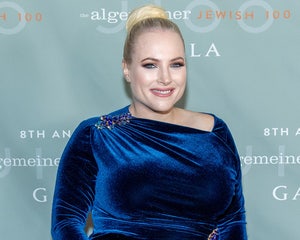 McCain, 37, previously revealed in her memoir that she left “The View” because of how she was treated by Whoopi Goldberg, Joy Behar and even others off-camera. She ultimately decided to quit after she came back from her 3-month maternity leave and Behar said she didn’t miss her on-air.  In her memoir, McCain said she “felt like [she’d] been slapped,” adding that she “burst into tears” and was “uncontroll[ably] sobbing” when they cut to commercial.

Kurtz brought this up during the interview, with McCain sharing more thoughts on that moment and how it led to her departure. As she mentioned in the memoir, McCain told Kurtz how at the time, McCain had “really bad postpartum anxiety” following the birth of her daughter, Liberty, and had even been prescribed medication.

“I had really irrational fears about because I’m so controversial, because people have these really intense visceral reactions towards me that they were going to somehow channel their anger and hate towards my child,” she explained. “So I had fears that she was going to be kidnapped. I wanted my husband to hire armed guards outside our house. Again, I was hormonal and diagnosed with — I don’t know what you call it — a disorder.”

Kurtz noted that McCain had previously told her how she wasn’t “happy” at the “The View” “for a long time,” with McCain then sharing how she would “confide” with her friends in media and at Fox, including Kurtz, about how being on the show was “really rough” for her.

“I also wanted the opinion from outside media people of how it looked and I have friends who worked in media that as especially, particularly the last year that they were like, ‘This is really bad,'” she recalled. “I thought it was finally starting to really impact me. I’m a serious person and I really worried that the avatar and the sort of caricature of who I was becoming was going to become reality at some point. And I was also sick of having all, everything that happened in my life being told through the lens of leakers inside ABC.”

Kurts then pointed out how there are going to be those who will say McCain was “paid lots of money” to be on the show and its “rough and tumble environment,” and will question whether McCain is “painting [herself] as a victim.”

“Yeah, I’ve definitely heard that,” McCain said in reply. “The thing that I would say is I just don’t think anybody, no matter how much you’re paid or what situation you’re in should be bullied at work. And I think this is a much larger issue about toxicity at the workplace in America.”

“I think it’s a much larger issue about how women are treated when they come back from maternity leave,” she continued, adding that she’s received an “outpouring of response” from women saying how they also suffered postpartum depression or anxiety and were “treated badly” when they returned to work.

“So I think it’s a much larger problem,” McCain said. “I get that I’m like the last person that anyone should feel sorry for. I don’t think of myself [as] a victim. I don’t want anyone to feel sorry for me.”