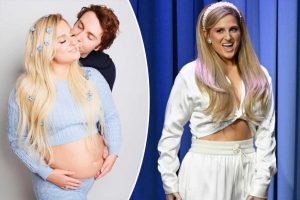 Meghan Trainor found herself in a “really dark place” and at her “heaviest” following the birth of her son, Riley, last year.

“I just wasn’t feeling great. I’ve never had stitches, so to have this C-section scar, I was in a really dark place and I wanted to be in a great place for my son.”

Trainor revealed that she lost over 60 pounds by overhauling her diet and exercise regime completely.

She noted, “I worked every day and challenged myself. I was like, ‘If I can survive a C-section, I can do anything.’” 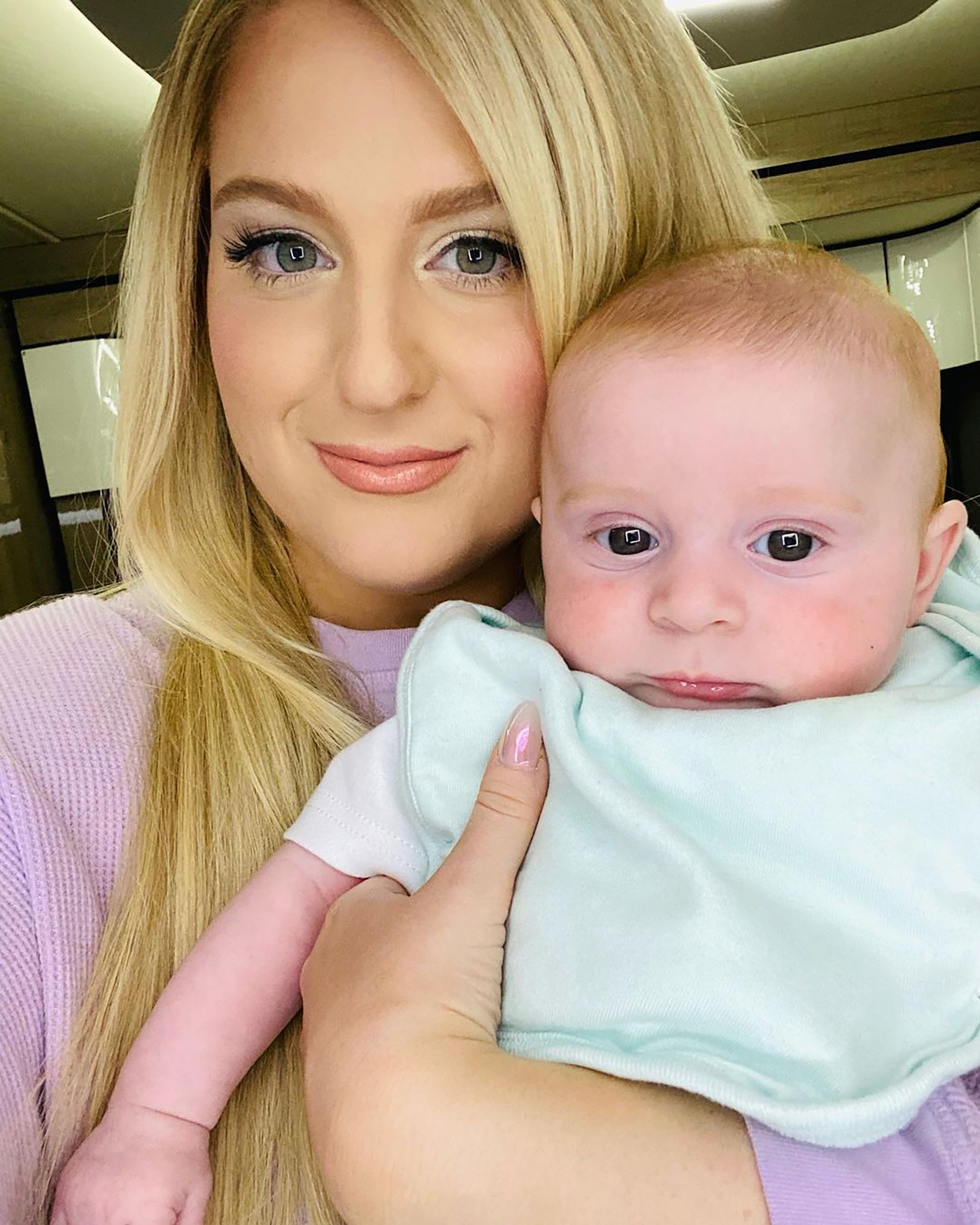 Trainor — who shares her son with husband Daryl Sabara — said she began feeling “better than ever” after her lifestyle changes.

“I was very dedicated and I started seeing the pounds come off like one week at a time,” the “Lips Are Movin” chart-topper said, noting her confidence level was at “a good eight or nine.” 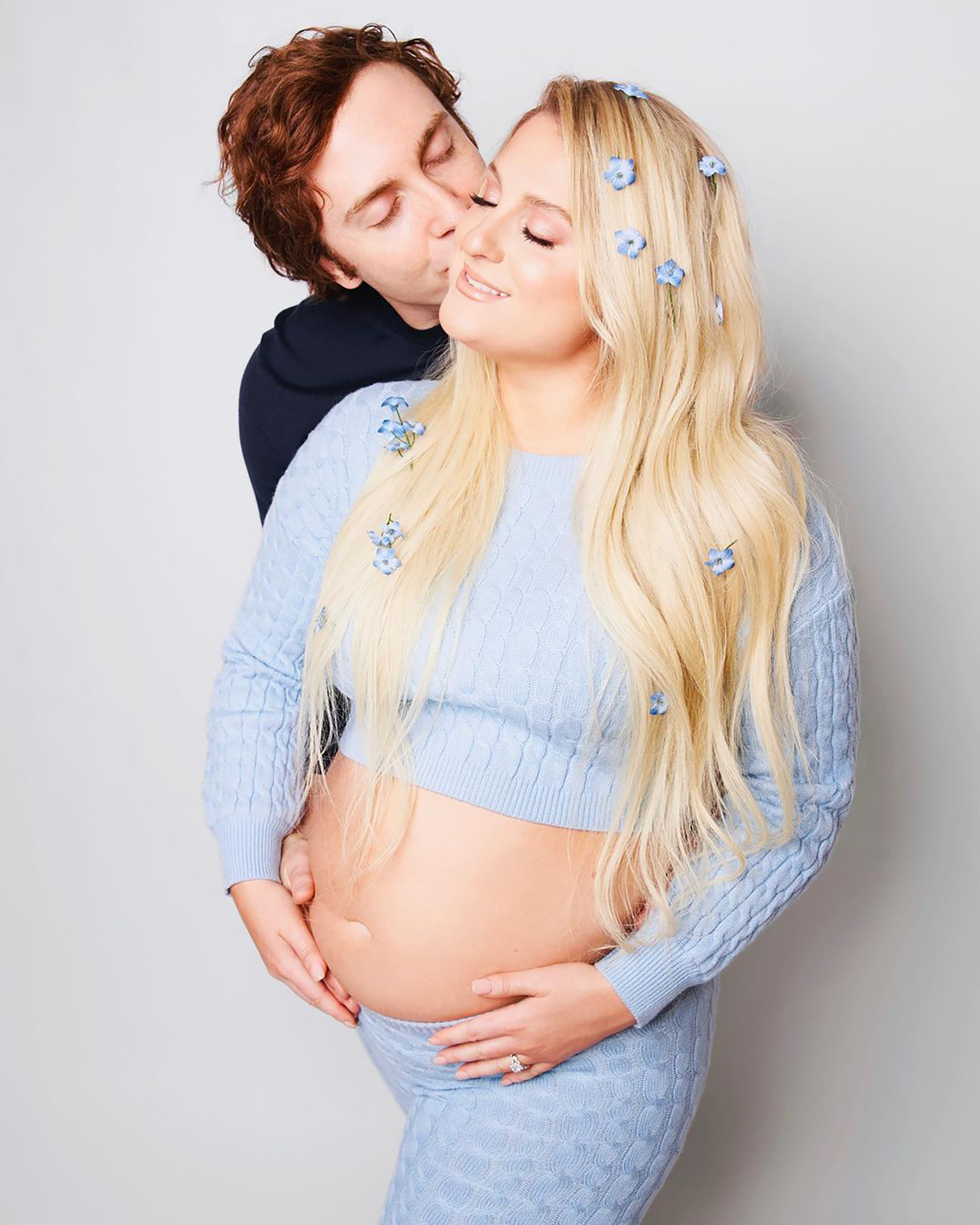 “I learned that I do like healthy food and I learned what portions mean. And I learned my brain is so happy when I exercise, so I’m just [feeling] better than ever.”

Despite being in a much better place, Trainor said she still deals with bouts of “mom guilt” for “not being home as much.”

However, baby Riley has “just started saying ‘momma,’” the “Me Too” singer shared. 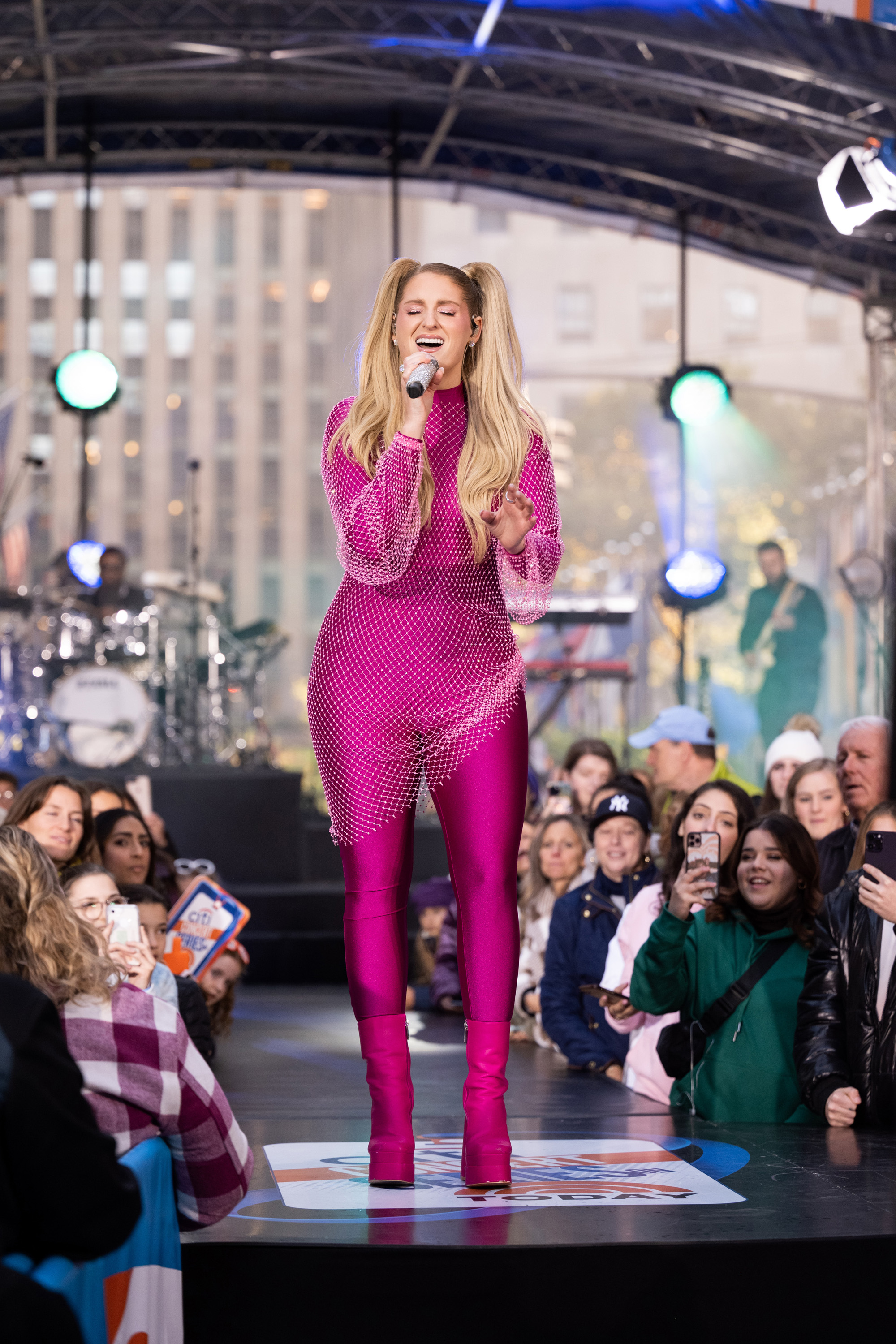 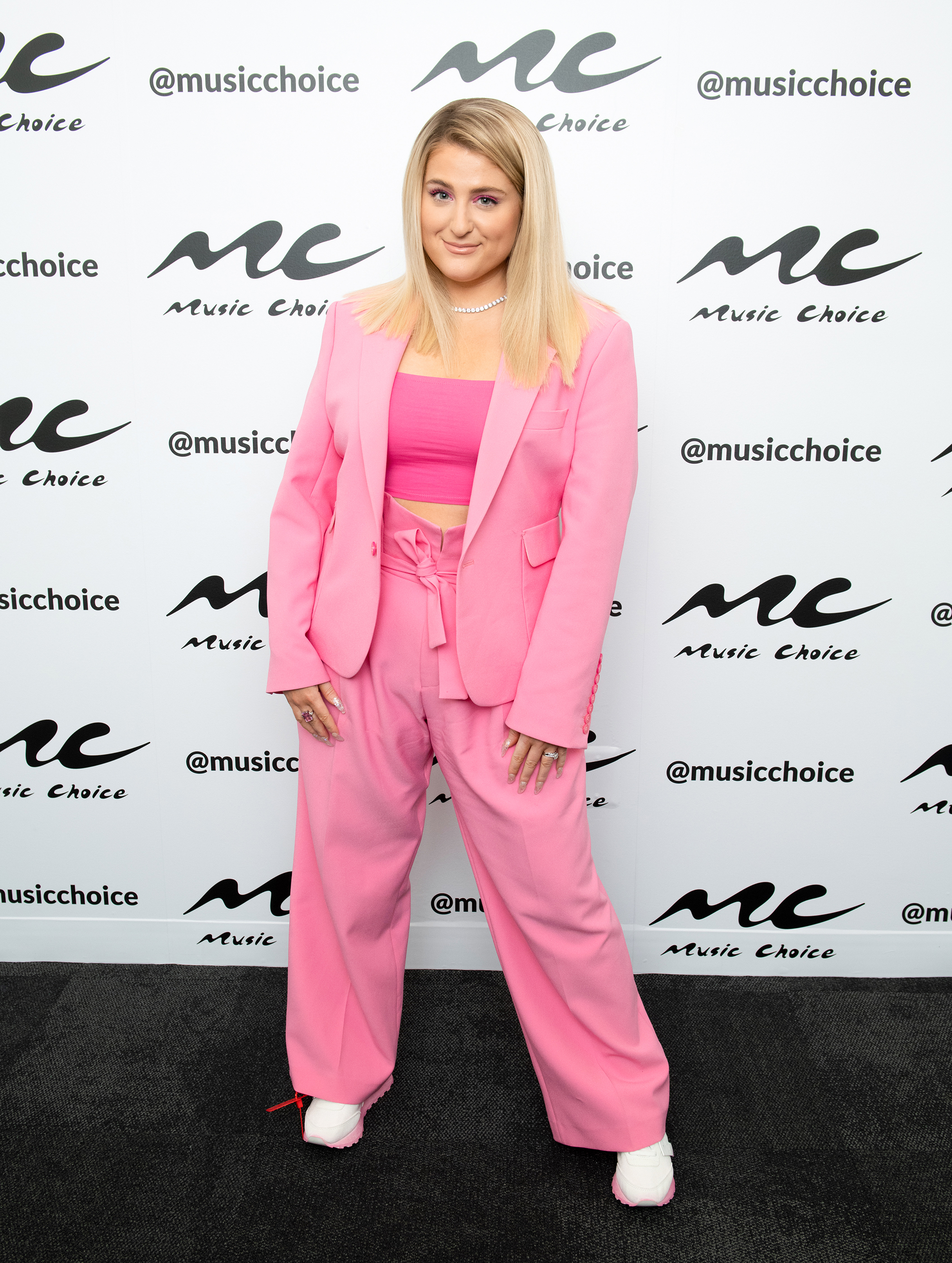 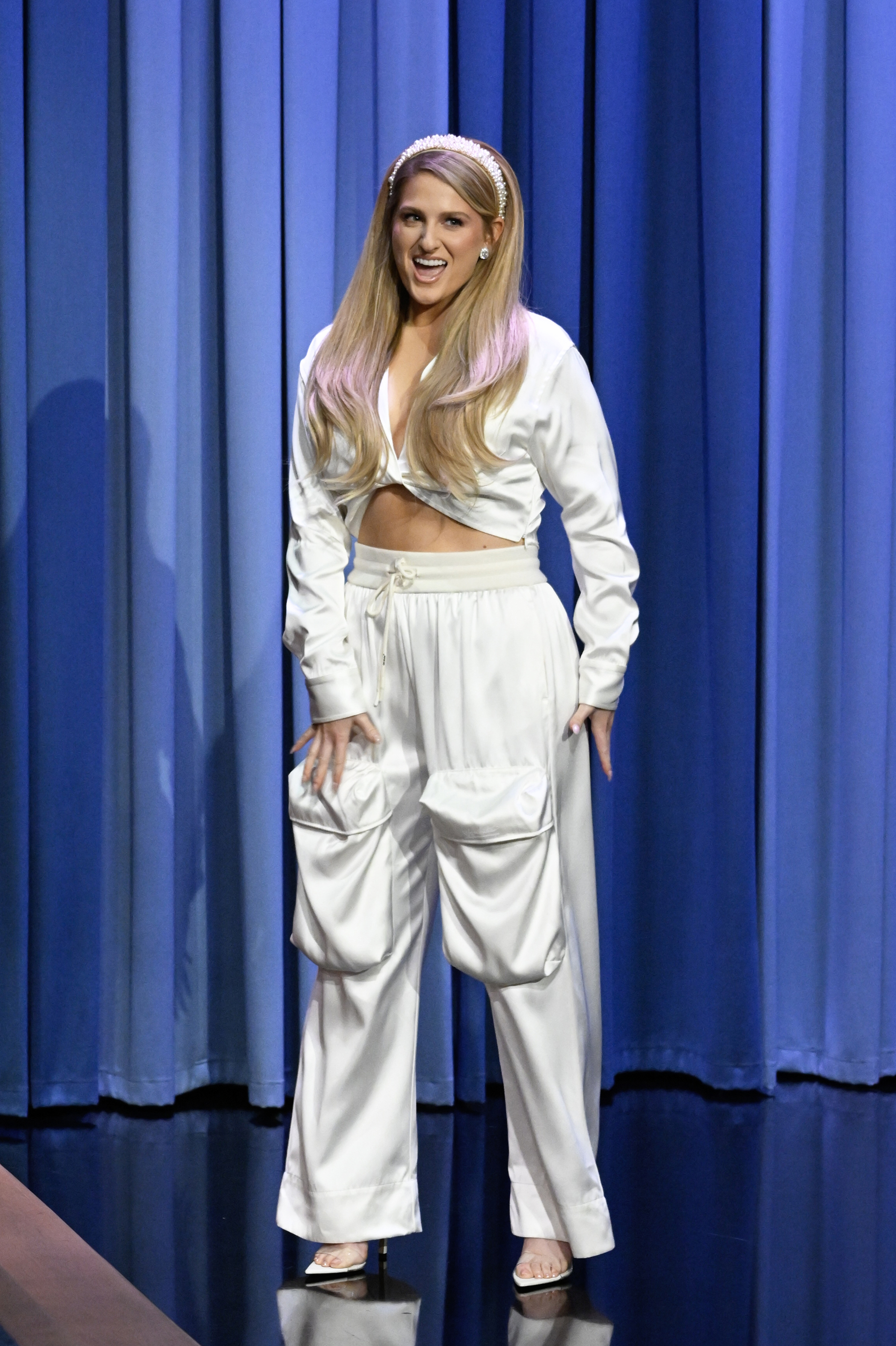