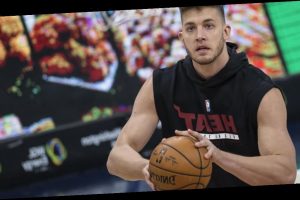 The NBA has fined Miami Heat player Meyers Leonard $50,000 and suspended him from all team activities for a week after he used an anti-Semitic slur that was heard on a video game livestream, the league announced Thursday. Leonard will also be required to participate in a cultural diversity program.

In a statement announcing the suspension, league commissioner Adam Silver said Leonard’s language “was inexcusable and hurtful and such an offensive term has no place in the NBA or in our society.”

“Yesterday, he spoke to representatives of the Anti-Defamation League to better understand the impact of his words and we accept that he is genuinely remorseful. We have further communicated to Meyers that derogatory comments like this will not be tolerated and that he will be expected to uphold the core values of our league — equality, tolerance, inclusion and respect — at all times moving forward,” Silver said.

In a now-viral clip posted online earlier this week, Leonard could be heard yelling: “F—–g cowards, don’t f—–g snipe at me you f—–g k— b—-.”

The clip was recorded Monday, but did not gain traction until the next day. Leonard apologized for his remarks on Instagram on Tuesday, writing: “While I didn’t know what the word meant at the time, my ignorance about its history and how offensive it is to the Jewish community is absolutely not an excuse and I was just wrong.” 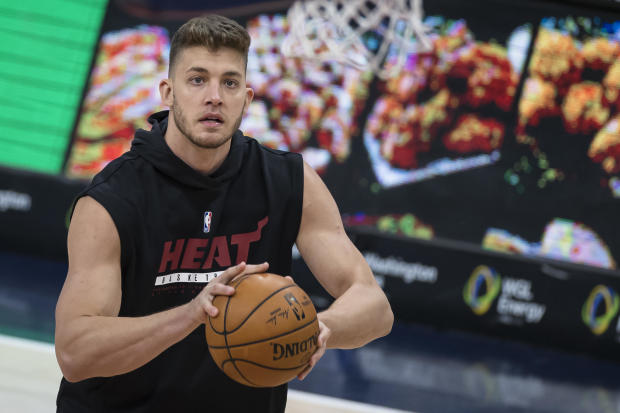 The Miami Heat also released a statement Tuesday, in which the team condemned Leonard’s language and said, “To hear it from a Miami Heat player is especially disappointing and hurtful to all those who work here, as well as the larger South Florida, Miami Heat and NBA communities.”

In response to the league’s decision, the Heat said Thursday that “While we remain hurt and disappointed by what he said, we are encouraged that Meyers has started to take the necessary steps to educate himself about why his comments were so offensive.”

Leonard is recovering from surgery and has not played since January 9, according to CBS Sports.