Home » Lifestyle » Michael Keaton Dissects the Difficulties of Working in TV, Taking On a Drug Crusade and Revisiting Bruce Wayne

Michael Keaton Dissects the Difficulties of Working in TV, Taking On a Drug Crusade and Revisiting Bruce Wayne 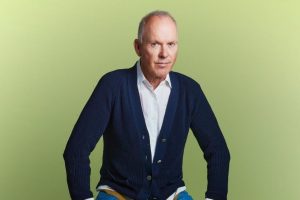 Michael Keaton has a reputation for saying no. He’s not sure how it began — but he’s aware of it. In fact, he nearly said no to “Dopesick.”

When his agent first told him about the project, he didn’t think he’d have time since he had a commitment out of the country. Then he was told it was coming from creator Danny Strong and took a look at the script.

“Then it was real. The writing was good, we had a discussion and then we were filming,” says Keaton, who had already signed on to do a movie in London, so all his scenes were pushed together into a short period.

“I was told that people used to refer to me as ‘Doctor No,’ because apparently, I used to say no a lot. I don’t think I really said no to that much. The things that I said no to, there was a reason. It wasn’t like I was above it. It just wasn’t fitting into my life, or I didn’t think I could do the job very well,” he explains. “There were a lot of times I’ve looked at something and think, ‘There probably are 50 guys who could do this better than I could.’ But I’d never done anything like this.” 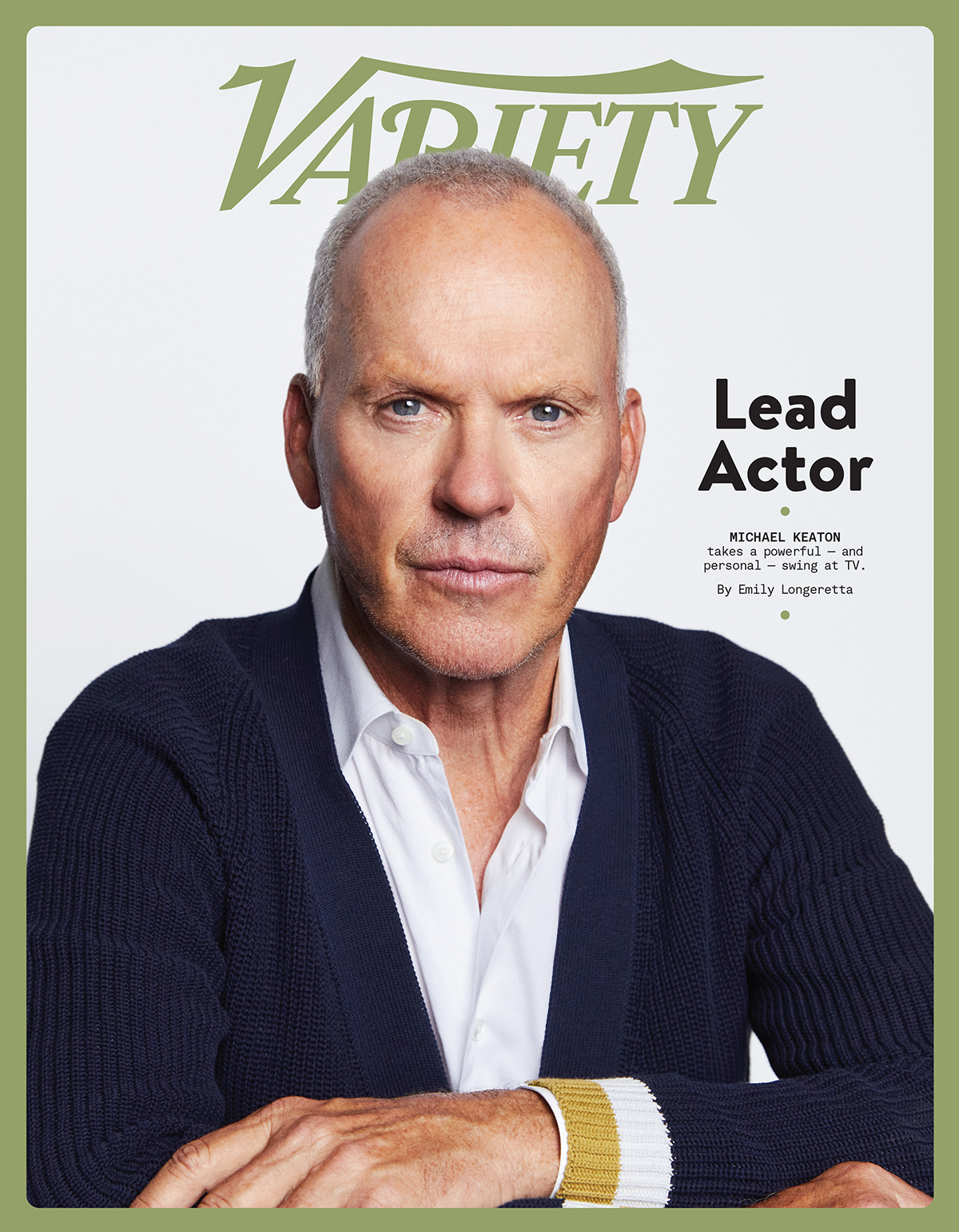 After he agreed to take on the series, Strong began writing more episodes.

“We were so lucky to get Michael Keaton to star in ‘Dopesick,’ because he is one of the most talented actors in the business,” the writer says. “He exudes an innate depth and kindness and has an incredible emotional range that was perfect to capture the ups and downs of Dr. Finnix’s complex journey.”

At the time, Keaton was working on other projects and then was finally sent new scripts. “I realized, ‘Whoa, boy, this is gonna be a lot harder than I thought.’ But I was already in.”

The Hulu limited series, based on Beth Macy’s nonfiction book, “Dopesick: Dealers, Doctors, and the Drug Company That Addicted America,” examines the horrifying opioid crisis and its impact on so many; for Keaton, it’s personal as he lost a nephew to drug addiction.

“This is so sad, but remember years ago when people started finally saying, ‘Well, we’re all affected by cancer because it touches everybody somehow somewhere.’ At first that sounds like an exaggerated statement. Then you realize, wait a minute, that is true. Well, it’s like that now with the opioid crisis,” he says. “And fentanyl is a whole other thing. I mean, that’s the horrible stepchild or something.”

When he began reading more episodes and the book, there were some moments he felt were “too much on the nose” and pit the “good guys vs. the bad guys.” So, as a producer, he went to Strong and talked it out. Then, the showrunner would send Keaton an article or proof of just how intense the situation is. “I’d go, ‘Well, OK, maybe it’s not an exaggeration.’”

For viewers, it’s hard not to get upset or even angry at the situation of how the crisis has played out. For Keaton, he had to put any of those emotions behind him.

“The overall thing — and this is cynical and sad commentary ­— I’m almost not shocked by anything. You can spend your entire life being angry, but it’s going to wear you down to the point where you’re ineffective as a citizen,” he says. “That’s not to say, I don’t still get really pissed off sometimes. But that doesn’t really get you anywhere.”

Luckily, he finds things that make him happy every day; he enjoys reading the newspaper — usually two if not three different ones —  daily and watches a little bit of TV. Right now, it’s Apple TV+’s “Severance,” which he says he’s “obsessed with.”

While the actor has appeared on TV many times through the years, “Dopesick” was Keaton’s first-ever series that he starred in from beginning to end. So, was that a fun process?

However, he knows this show will “spawn other issue-oriented series,” which makes him happy. In fact, he’s in talks for another project based on a book that he’s “considering” doing — but isn’t ready yet to share more.

“I really admire all those folks that do those hour-long shows that are years and years and years. It’s tough to do, except that they get really, freakin’ rich!” he says before cracking up and bringing up his old friend, Mark Harmon, who led “NCIS” for 18 years and was one of the top-paid TV actors at the time.

Keaton says the duo used to play softball together, and he once bought a 1956 Ford pickup truck from Harmon that he had restored.

“Every time I think of him, I think, ‘How much money does he have? He must have so much money!’” Keaton jokes. “I thought, ‘He should have given me that truck. I should have never had to pay for it!’”

So, does that mean that the movie star will be making more TV shows in the future? It’s definitely possible.

“I think I’m too lazy. I don’t know if I have the endurance for that. But I’m late to the game — pound for pound, the writing on television is so superior,” he says, noting that it makes sense that financially, people want to stay home and watch TV.

But still, it’s about the script. If it’s good writing, that’s enough to say yes.

“It used to be about, have I done this before? If I got a little bit scared, or like, ‘Whoa, I don’t know if I could do this,’ I was pretty incentivized by that,” he says. “In the beginning, you could kind of explore and experiment. If something was pretty good, you’d say yes to see if you can play it. Now and for many, many years now, it’s just simple: The writing is good or it’s not good. And then you take a chance on the director. It’s not complicated.”

Another thing that’s not complicated? His pure love for film — and the feeling of walking into a movie theater. “I sit there and go, ‘Oh, man, I forgot how great this is.’ There’s nothing like it. There will never be anything like that.”

And until now, film is where Keaton’s career has flourished. He was Jack in 1983’s “Mr. Mom.” Five years later, he became Beetlejuice for the 1988 Tim Burton movie of the same name. And then, one year later, he teamed up with Burton to play Bruce Wayne/Batman in “Batman” and later, “Batman Returns.” He opted out of the third film when Burton was no longer attached.

Some 30 years later, he put the suit back on for the upcoming “Flash” film. “It has to be good, and there has to be a reason,” he told Variety last year when discussing what would make him return.

So, we followed up on that: What’s the reason?

It turns out, the answer is quite simple: “It seemed like fun.”

“I was curious what it would be like after this many years. Not so much me doing it — obviously, some of that — but I was just curious about it, weirdly, socially. This whole thing is gigantic. They have their entirely own world,” he says of the DC and Marvel character universes. “So, I like to look at it as an outsider, thinking ‘Holy moly!’”

Keaton credits director Richard Donner and star Christopher Reeve for igniting the superhero world with 1978’s “Superman.” But Burton, he asserts, “changed everything.”

“I know people don’t believe this, that I’ve never seen an entire version of any of those movies — any Marvel movie, any other. And I don’t say that I don’t watch that because I’m highbrow — trust me! It’s not that,” he says. “It’s just that there’s very little things I watch. I start watching something, and think it is great and I watch three episodes, but I have other shit to do!”

What really drew him in was the bigger picture of superhero storytelling and the fact that no one ever knew it would become what it is today. Plus, he notes, “the writing was actually really good!”

“So I thought, why not? It’s cool to drop in and I’m curious to see if I can pull it off.”

Since Keaton hasn’t watched other superhero films — there have been seven actors who have played the Caped Crusader since — he admits it was a little confusing to dive back into that world.

Bruce Wayne has changed a bit since Keaton last played him, we remind the actor.

After a brief pause, he responds with a smirk, “Not mine.”