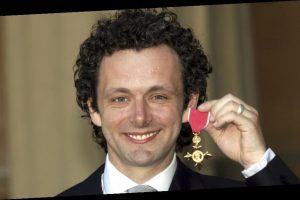 Michael Sheen, the Golden Globe-nominated star of The Queen and Masters Of Sex, has returned an honor from Queen Elizabeth II so he could disclose his views on the British monarchy without being branded a hypocrite.

Speaking in a YouTube interview with Guardian columnist Owen Jones, the Welsh actor said he handed back an Order of the British Empire (OBE) that he received in 2009 for services to drama.

He quietly returned the honor in 2017 after conducting research on Wales’ relationship with England as part of delivering the Raymond Williams Society lecture. He referenced his unease with practices such as handing the Prince of Wales title to the heir to the throne, despite that individual being English.

“Raymond Williams famously wrote a piece called Who Speaks For Wales in 1971 – and I took that as my starting point for the lecture as in who speaks for Wales now?”, said Sheen, who played former prime minister Tony Blair in The Queen.

Sheen said he meant no disrespect by the gesture and was “incredibly honored” to receive the gong in 2009. “I didn’t mean any disrespect but I just realized I’d be a hypocrite if I said the things I was going to say in the lecture about the nature of the relationship between Wales and the British state,” he added.