Michelle … Clooney? Michelle Obama joked about having a crush on George Clooney — among other tall tales — now that she is no longer the first lady.

Jimmy Kimmel prepared a series of outrageous statements for the 54-year-old Becoming author to read during her Thursday, November 15, appearance on Jimmy Kimmel Live! “Clooney is my freebie,” she deadpanned.

Other highlights? “I’m not sure which one’s Sasha and which one’s Malia,” she said with a laugh of daughters Malia, 20, and Sasha, 17. Obama then added, “You know, they agree. They get so mad every time I mess their names up. I’m like, ‘Who are you?’” 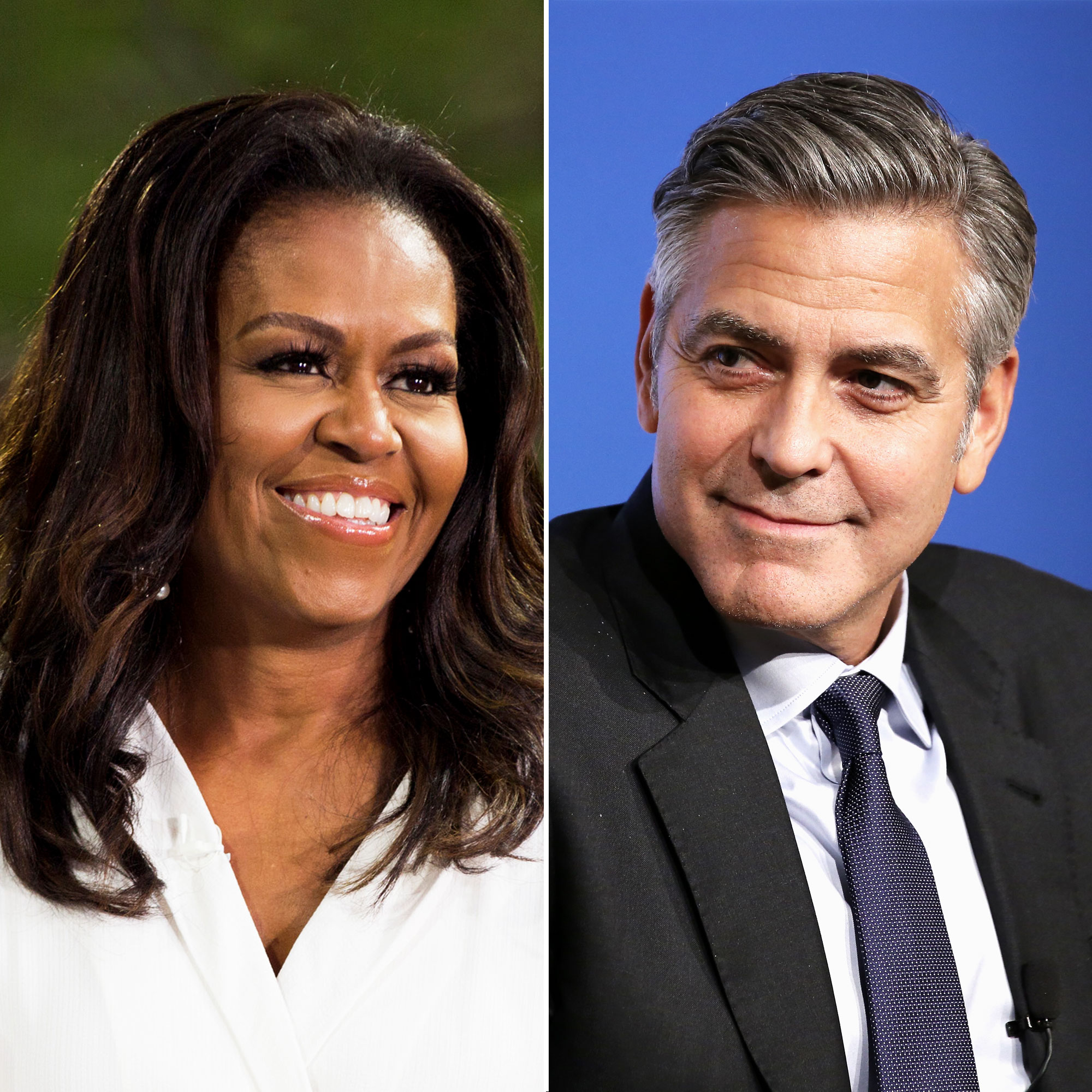 She continued: “The game that Sasha plays with me is that when we’re with a lot of people, she’ll call me, ‘Mom, Mom, Mom,’ and, you know, I don’t hear her. And she’s like, ‘Michelle, Michelle Obama.’ And I look up and she’s like, ‘See?’”

Another of Obama’s faux admissions was, “The whole eight years we were in the White House, we used Laura Bush’s Netflix password.” She noted with sincerity, “Laura, sorry. Send me the bill.”

The former first lady also claimed she has never eaten a vegetable, despite her commitment to nutrition.

“Barry, be quiet and hold my purse,” another of Kimmel’s phrases read.

Earlier this week, Obama opened up about getting marital help with husband Barack Obama. “Marriage counseling, for us, was one of those ways we learned to talk out our differences,” she said during a Good Morning America interview which aired on Sunday, November 11. “What I learned about myself was, my happiness was up to me, and I started working out more, I started asking for help, not just from him but from other people. I stopped feeling guilty.”

She went on to say: “I know too many young couples who struggle and think somehow there’s something wrong with them. I want them to know that Michelle and Barack Obama — who have a phenomenal marriage and who love each other — we work on our marriage and we get help with our marriage when we need it.”