Home » Lifestyle » 'Middle Children Are The Most Misunderstood': What It's Really Like Growing Up As The Kid In Between 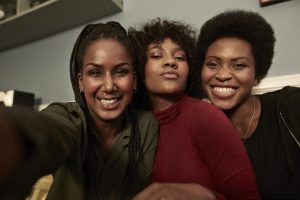 It’s National Middle Child day, a time to honor all the kids who weren’t born first, weren’t born last, but fall somewhere in between. These special humans can easily be overlooked because the focus is often on the oldest or the youngest children.

There are stereotypes about middle children that many of us have likely heard. You know, the ones about them being ignored, misinterpreted, or the black sheep of the family. Sometimes stereotypes are lived realities.

“I think middle children are the most misunderstood,” Coleysia C. Chestnut, a project manager in Dallas, tells ESSENCE. She is a middle child, the second of three children, including her younger brother and older sister. She began feeling left out when she noticed the bond her parents had with her older sister. Chestnut’s parents also tried to parent her the same way they did her older sister, which made her feel misunderstood and caused her to act out in hopes of getting personalized attention. However, things really changed when her baby brother was born.

“He was the boy they both wanted so he was like a prize to them,” she says. “It’s just kind of weird being in the middle. By the time they realized that they couldn’t just parent us all the same way, I had forged my own path. They were trying to get me back on their path but I just never could quite catch that rhythm they were trying to teach me.”

She adds, “I would like to add that my parents are amazing! They are pastors in Alabama. I’m now a parent at the same age they were when I was a child. They were figuring it out and doing their best. I’m grateful for the foundation they laid for me but I’m also grateful for the courage I had to be different.”

It isn’t always easy to treat all children equally while still providing each child with the attention they need. Sometimes gender roles can even influence one’s experience as a middle child. For instance, if you happen to be the only girl, you may be held to a different standard than your brothers depending on your parents’ values or even expected to help with upkeep of the home. Likewise, a boy among all girls may be treated differently.

“My experience as a middle child didn’t feel as if I was a middle child. I was the only girl with a single mom so honestly I felt more like an older sister although I have a brother who is three years older than me,” says Portia Dudley, an operations director located in New York. “I’ll say a lot of the responsibilities of running a household fell on me.”

She also says her older brother was treated more gently, and as the baby of the family, her younger brother got preferential treatment.

All that being said, feeling misunderstood or treated differently isn’t the experience every middle child has. Trellany Lee, a CCA and licensed cosmetologist located in Hollywood, Fla. says as a middle child with two other siblings from her mom and four from her dad, she was treated equally. The only small difference is that a few of her siblings have birthdays in August while the others are in October, but she’s the only January baby.

“For me, being the middle child was no different from being the oldest or the baby. Literally everything was always equally divided amongst us,” she says. “My siblings and I are very close, so we didn’t fight or argue all the time. Growing up, we did everything together; played outside, walked to family and friends’ houses, walked to the store, jumped fences, got in trouble, got yelled at. Of course we’ve had disagreements, but hey…What siblings don’t?”

Lee also adds that she has an unbreakable bond with her siblings and doesn’t need many others to be in her corner as a result.

“They’re my babies and I wouldn’t trade them for the world!” she says.

These different experiences are a reminder that stereotypes aside, every child has varying experiences growing up. How included or excluded kids end up feeling seems to depend on a parent’s ability to be fair and attentive to each child’s needs. Today, as we celebrate middle children and the unique experiences many of them have had, we hope you feel seen and heard and remember that you don’t have to be first or last to matter.