Midge’s Love Interest In ‘Mrs. Maisel’ Season 2 Is Different From Joel In One Crucial Way

Spoilers ahead for the first five episodes of The Marvelous Mrs. Maisel Season 2. Things between the Marvelous Mrs. Maisel and her husband Joel have been, well, less than marvelous. By the end of Season 1, it seemed like Midge and Joel were close to a reconciliation… that is, until Joel discovered Midge had started a comedy career — one that included telling a bunch of disparaging jokes about him and their marriage all over town. In the beginning of Season 2, the Maisels decide to officially call it quits, leaving the door open for a new love interest. In steps the tall, dark, and handsome Benjamin, played by Zachary Levi, an aloof, quirky doctor who, after a few false starts, ends up being a potential love interest for Midge.

It all begins in the Catskills, where each year, Midge and her family head to enjoy a summer away from crowded Manhattan. Joel is there too, to spend time with the kids, but it seems like all anyone is talking about is he and Midge’s separation. And since it’s clear that Midge is technically back on the market— she tells her mother she’s been going on dates around the city, to cover up for the fact that she’s really out at comedy clubs— the Catskill mothers get to scheming. 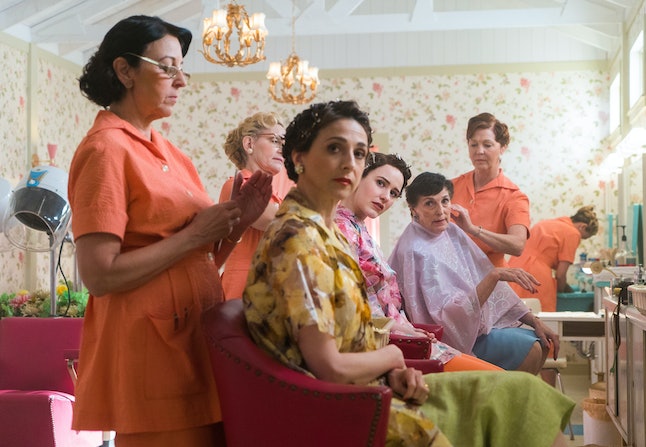 Rose overhears a woman in the beauty salon complaining that her son — a wealthy, handsome doctor who is somehow still single — is holding out for someone weird. Rose’s ears perk up. Boy, does she have the woman for him! After growing tired of her mother trying to push them together, Midge decides to track down Doctor Ben, insisting that they be seen out together in public in order to get her mother to shut up about the whole thing. Ben doesn’t seem the least bit intimidated by Midge’s fast-talking ferocity— in fact, he’s even more eccentric than she is.

The two head out on a boat, which proves vexing for Midge after Ben refuses to row. Eventually, they manage to float back over to the dock, and Midge storms away; both seem completely uninterested in ever seeing one another again. 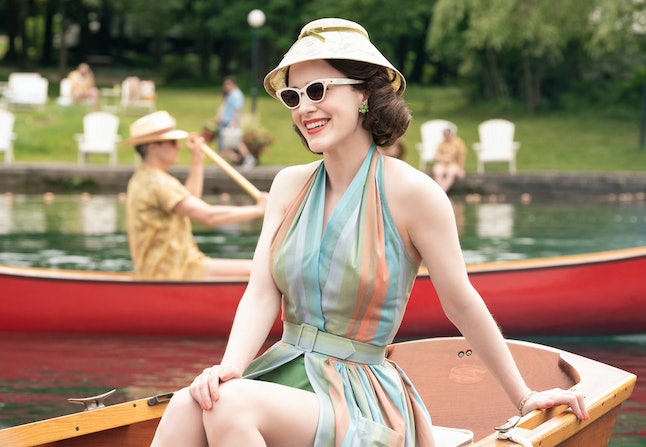 But that all changes when Midge gets a call from B. Altman begging her to return to the Revlon counter (he’s been relegated to the switchboard ever since her confrontation with Penny Pan), and finds herself in desperate need of a ride into the city. Apparently, Ben is the only one heading back to town (what a coincidence!), so she hitches one with him. At first, it seems like their relationship — if you could call it that — is headed for a quick demise. Ben is perfectly content to drive in silence and listen to the radio the entire way. But then, Midge piques Ben’s interest by doing what she does best: talking.

She begins to mimic the radio programming, cracking jokes about the possible end of the world, and while Ben doesn’t manage to laugh out loud, he does seem amused. When they finally arrive at B. Altman, Ben asks Midge to attend a Broadway play with him the next night. "Do you… like me?" Midge asks incredulously. "I’m not sure," is Ben’s refreshingly candid reply. 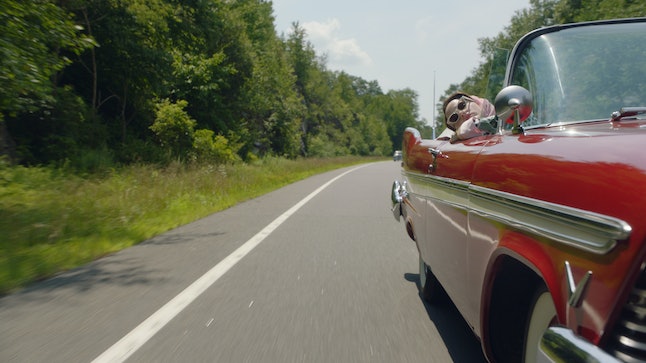 After deciding to ditch the play about Lizzie Borden before the second act (they both find trial scenes boring) Midge decides to give Ben an unprecedented tour of her secret life. They catch a Lenny Bruce set, and then, at the Carnegie Deli, Midge comes clean. "I’m a comedian," she tells him, launching into a familiar, fast-paced ramble about her burgeoning career. Ben looks a little shocked, asks a few questions and then totally nonchalantly opens the menu and begins to read. "A comedian," he says to himself. "Weird." Just what he wanted.

What’s most striking is how opposite Midge acts in the early days of this relationship than in her relationship with her own husband. Joel had never seen Midge without makeup on and perfectly coiffed hair, and when he learned about Midge’s stand-up career at the end of Season 1, he told her he couldn’t be with her if she was still doing comedy, even as she was practically begging him to work it out with her. With Ben, Midge is upfront on the very first date. She seems more comfortable being her true self now, and is not willing to hide it from a potential romantic partner. 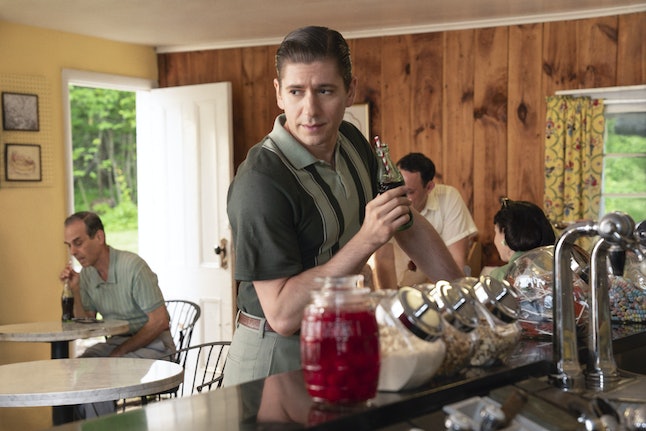 But even though Joel is the one who officially ended things with Midge (and cheated on her! And left!) it seems unlikely he’ll take the news that his wife is seeing other people well. It’s clear he’s still pining after her: dancing with her in the Catskills, refusing to flirt with other women (despite his father’s urging), and even trying to seek her out one late night, when everyone else was gone at a dinner. To be honest, if Midge is ready to give Joel a third chance, it might not be so bad. But until then, and until Joel is ready to accept being the husband of a comedian, the mopey puppy dog act isn’t going to work

Midge and Ben didn’t even kiss on their first date, but it definitely seems he’ll be sticking around a little while longer. The cast has stayed mostly tight-lipped about Ben’s storyline, other than vaguely revealing that he’ll have a pivotal role this season. "It was so much fun to have [Levi] on the show, and he fit right in seamlessly," star Rachel Brosnahan told Entertainment Tonight. "He becomes a part of one of Midge’s worlds." Does that mean her romantic world? Guess we’ll have to wait and see.

If Joel isn’t ready to accept Midge as the fullest version of herself, it seems like Ben is. And why wait around for Joel to catch up?