Home » Lifestyle » Mikey Robins: 'What women and men have in common is greater than our differences'

Mikey Robins: 'What women and men have in common is greater than our differences' 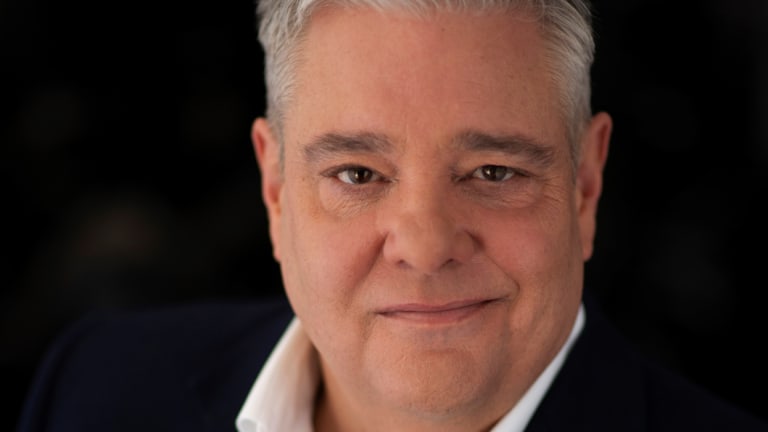 My mother, Leila, was a complex woman. She struggled with depression all her life, and it got worse as she got older. She didn't always make the most rational decisions, but sometimes she did. She did her best.

Mum worked at Kmart, and so the Christmas holidays were spent with my maternal grandparents, Amos and Alice. My grandmother had nine children (her 10th died), and she was a feisty thunderball of a woman.

Legend has it that when a man with a .22 rifle tried to rob the Dora Creek bowling club [150 kilometres north of Sydney], where my grandparents were presidents, my grandmother chased him out. She's also responsible for my love of food: everything was pressure-cooked to death.

My dad, Bill, passed away from bowel cancer when I was 10. Mum got some money from an insurance policy. She took my younger sister Gina and me out of school and we moved to London for a year. We stayed at a small hotel in Green Park from which we travelled around Europe. In hindsight, it was one of the most important things to ever happen in my life, and I am eternally grateful to her for that.

During that trip, Mum decided to change her life. She returned to school and got her HSC. She then went to university and became a high school English teacher.

When Mum died in 1989, Gina and I didn't speak for a while – we retreated to our separate places. Having said that, we love each other very much. Gina lives in Queensland and works in hospitality. I don't see her as much as I'd like, but we talk a lot on the phone.

I was an awkward teenager, the type who pretended to like jazz because I thought it made me interesting. I attempted to grow a goatee and wore a beret. I had been a fat kid – Mum was embarrassed by my weight and had sent me to Weight Watchers when I was 10, so I was very conscious of it.

As a kid, I used to sing along to Snow White, so I've always been attracted to dark-haired women. I'm that shallow. I had lots of female friends at Newcastle University, where I studied drama and English literature, but no relationship, as I felt awkward around women.

I met my wife, Laura, on June 5, 1995, at an Australian Republican Movement fundraiser. I'd been at lunch with [then Democrat senator] Cheryl Kernot and accepted her invitation to the event as Gough Whitlam would be there.

I saw this beautiful woman on the balcony. It was Laura. She had just returned from living in England. We laughed and chatted and she got excited when I said I did breakfast radio on Triple J, because she listened to my best mate, Steve Abbott, aka The Sandman's spot on the show. She'd never listened to me.

A couple of weeks later, I checked my voicemail at Triple J. There was a message from Laura. She'd contacted a friend, stating that she was bored. Her friend asked her who the last person who'd made her laugh. She said me. That night, I took her for drinks. I worked up the courage to kiss her, and we've been together ever since.

In 2003, we went to Rome for a holiday. It was phenomenally hot. Back then, I weighed 140 kilograms. As I walked on the cobblestones, the guys dressed as gladiators at the Colosseum made jokes about me in Italian. I was in my 40s and faced becoming very unwell. We talked about lap-band surgery, which I had in 2006. Laura likes that I'm now healthy.

Laura gets that I am more insecure than I seem to the rest of the world – I am just a bunch of insecurity in a shirt and a pair of jeans. I can vacillate between dreadful self-doubt and pointless arrogance. Laura knows how to pull me in from both extremes. She is everything to me.

I've worked with some incredible women, like Amanda Keller, with whom I hosted Triple M's breakfast show in 2001. The reason she's so successful is because she's so genuine. She's one of the nicest people you'll meet. But off air, she can swear a blue streak. When Amanda gets her swear pants on …

What women and men have in common – the needs, wants, desires and aspirations – is far greater than our perceived gender differences. We all want the same thing. And if you can help someone achieve that, life can be very, very good.

This article appears in Sunday Life magazine within the Sun-Herald and the Sunday Age on sale November 11.