Newlyweds and other A-list celeb couples stepped out in style at the 25th Vanity Fair party after the 2019 Oscars.

Miley Cyrus and Liam Hemsworth, who got married in December 2018, were seen at the event in stunning, sleek black outfits.

The singer wore a long black sequin Saint Laurent gown with a deep, plunging neckline and loose, tousled waves in her hair while Hemsworth sported a classic tuxedo. 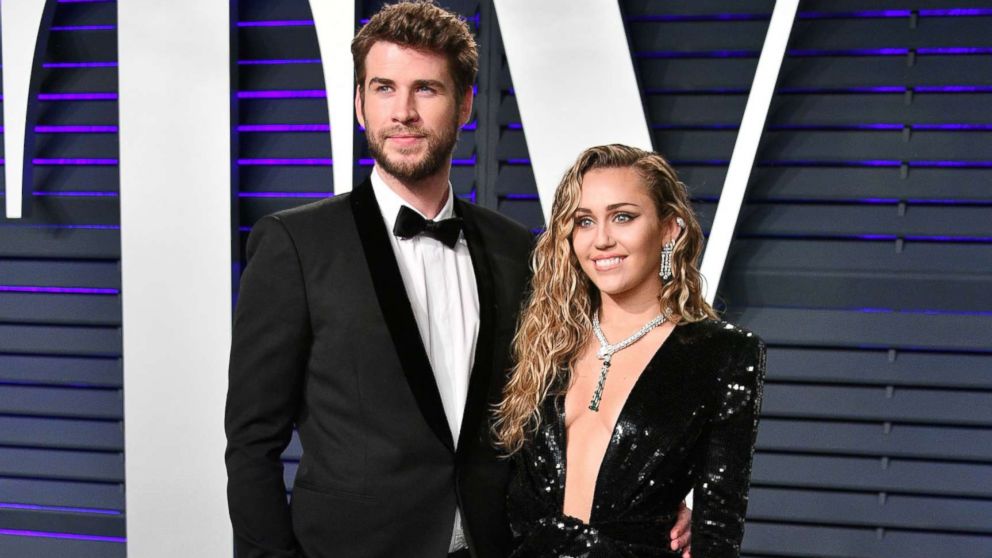 This was one of the couple’s first public appearances since getting married in December after a decade-long love story.

Earlier this month, Cyrus walked the red carpet at the “Isn’t It Romantic” premiere in her new husband’s place while Hemsworth was dealing with undisclosed health issues.

Hemsworth’s co-star in the upcoming romantic comedy and fellow newlywed Priyanka Chopra Jonas was also in attendance at the Vanity Fair party Sunday night with her husband, Nick Jonas. 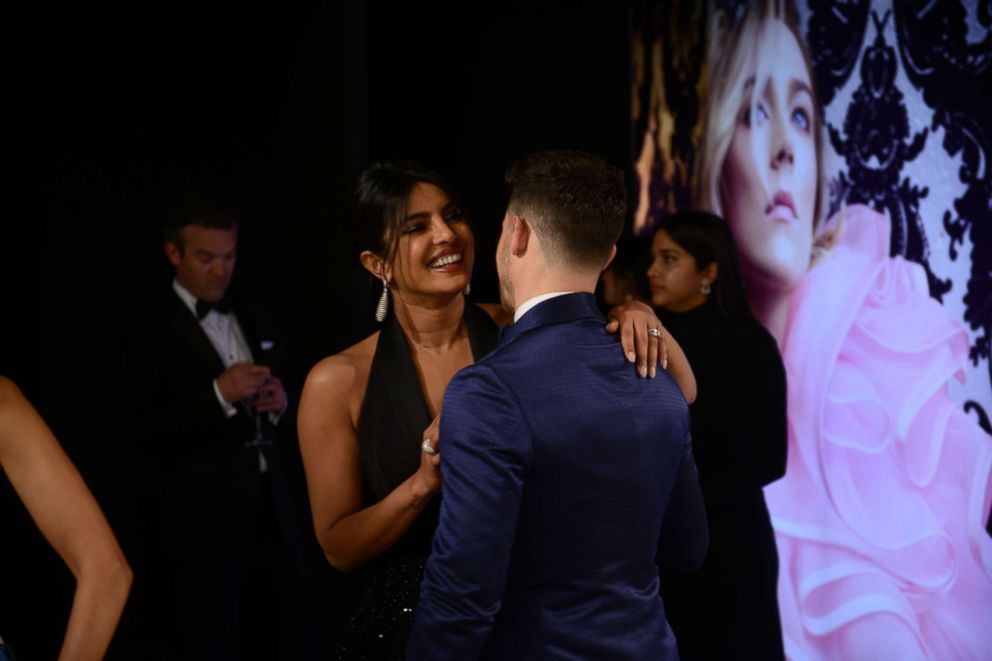 That pair, who tied the knot in November in India, shared a sweet embrace while they waited in line to take an official portrait at the event.

Taking a decidedly different style approach, Melissa McCarthy and Ben Falcone, who have been married for over a decade, wore matching Adidas tracksuits to the star-studded post-awards party. 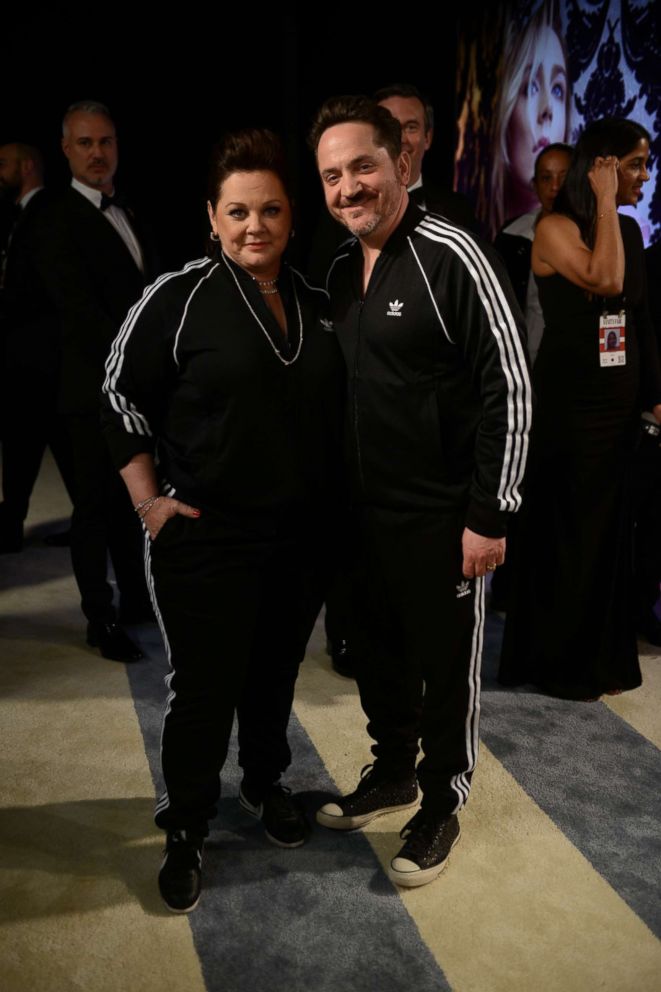 The “Can You Ever Forgive Me” actress stepped out in a stylish black and white pantsuit at the awards ceremony earlier in the evening.