Miley Cyrus: Dolly Parton ‘Gasped’ When I Said I Wanted to Go Brunette

Blondes don’t have more fun? Miley Cyrus revealed that she almost underwent a major hair transformation — until godmother Dolly Parton put her in her place.

“I’ve never seen Dolly actually scared before. She acted like I told her the worst news you can imagine,” Cyrus, 30, said during a Thursday, December 29, appearance on the Today show of the 76-year-old’s reaction to her potentially darkening her locks and going brunette. “She clutched her pearls, gasped, and went back and she goes, ‘You can’t do that. You are me.’”

Parton and Cyrus have had a long and wholesome relationship, with the “9 to 5” singer being dubbed the Tennessee native’s “fairy godmother” after she worked with Billy Ray Cyrus in the early 90s.

“[Billy Ray] opened some of my shows,” Parton explained during a 2019 interview with Sirius XM’s Just Jenny show. “We just got to know each other. I wrote a song called ‘Romeo,’ and had him in a video. We just kind of gelled, ’cause we’re both country kids. We had a lot of fun just talking about that. And then when Miley came along, I said, ‘She’s got to be my fairy goddaughter.’” 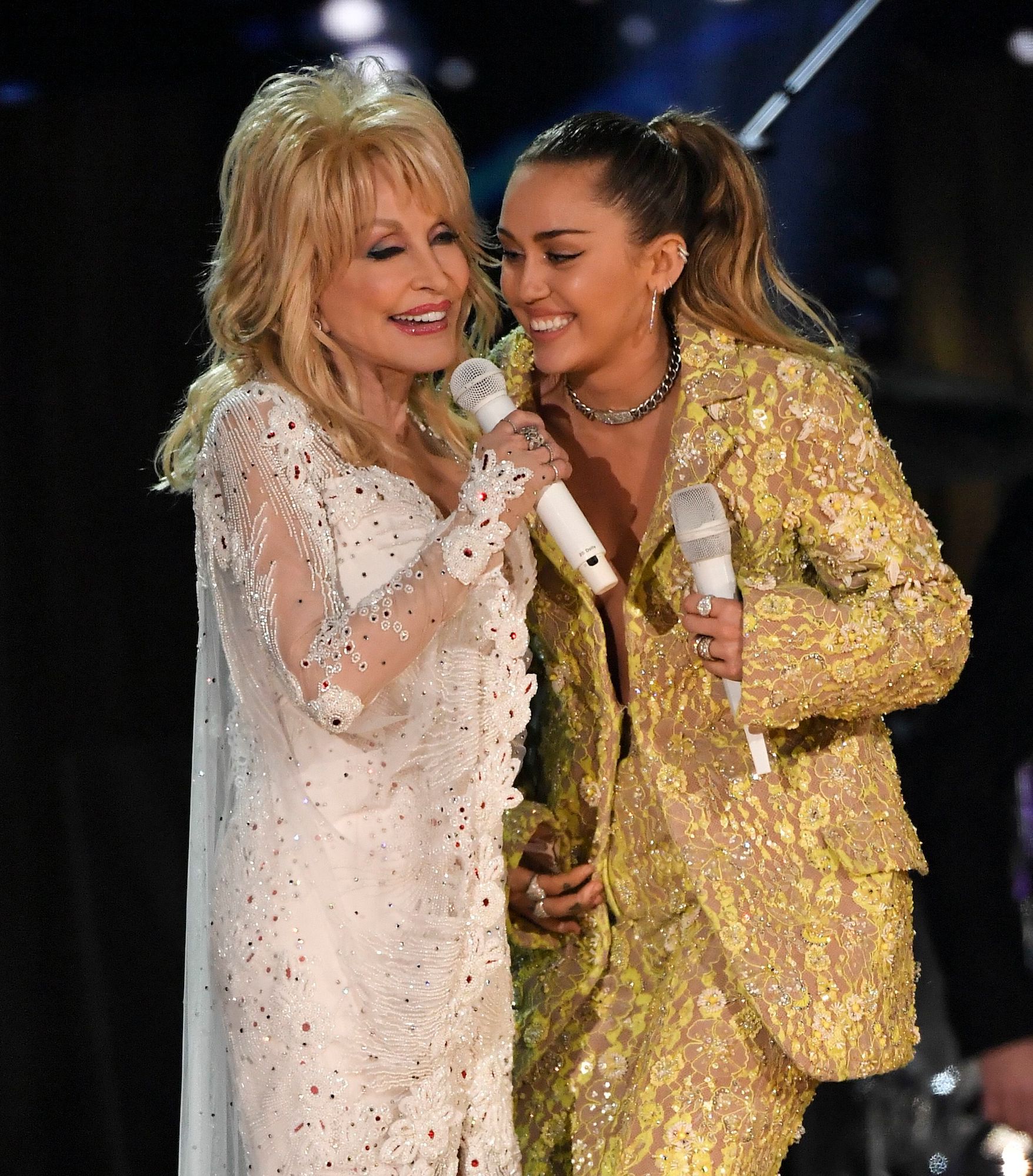 In 2006, the “Jolene” crooner and the “Wrecking Ball” artist took their real-life dynamic to the small screen when Parton appeared on Cyrus’ Disney Channel show, Hannah Montana. The duo have since performed together on several different occasions and will cohost Miley’s New Year’s Eve Party together on Saturday, December 31.

“I am somehow some extension of Dolly Parton, so I will be blonde,” Cyrus told Today cohost Hoda Kotb of the plan for her NYE tresses, noting that Parton would love performing with her whether they are “complementing each other” or donning “completely opposite” looks.

The Last Song star has been known for her daring fashion choices in the past, from blonde pixie cuts to hot pink latex. In 2020, she opened up about the public’s perception of her well-being based on her hairstyle.

“My hair is some sort of reflection for my sanity, my sexuality, my sobriety,” the “Party in the USA” songstress told Howard Stern on an episode of Sirius XM’s The Howard Stern Show. “The public really makes my hair, I guess, the kind of monitor of how I am doing.” Cyrus explained that when her hair has been long and blonde, people have assumed she was “sane.” However, when she’s dyed her crown crazy colors or grown out her armpit hair, they have assumed she was “doing drugs.” 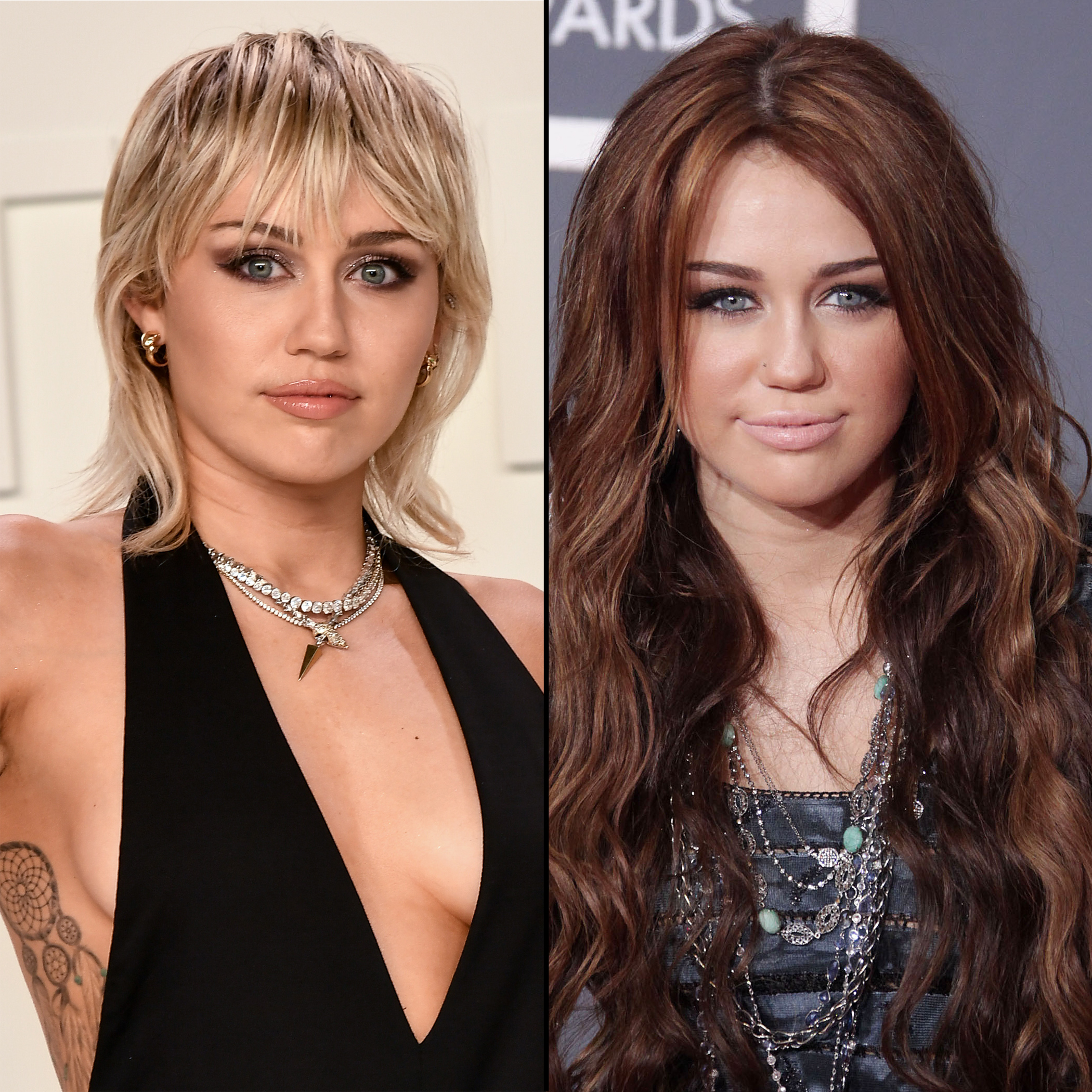 “It’s really not [people’s] fault that they associate my hair and my identity and my well-being so closely,” she said, attributing much of the mentality to her getting her start on Hannah Montana. “Because basically, we drilled that into their brains for eight years of a series.”

The musical comedy didn’t just affect public perception of the singer — it messed with Cyrus’ own concept of self-worth, too. “Some of my audience was so attached to a character, which wasn’t me,” she told host Stern, 68. “So, then that does a lot of psychological stuff, where it’s like, ‘Am I valuable as myself?’”

The “Malibu” crooner shared that the concept of the show featured her character, Miley Stewart, dressing up in a blonde wig and fancy clothes in order to get people to pay attention to her talent.

“That’s a lot to put on a kid — to go, ‘When you’re yourself, no one gives a f—k,’” she said. “But then when they go and kind of groom you to look like something else, something that you’re not, and you’re really young, and it’s a lot of makeup and, you know, wigs and all this stuff, it does something psychologically.”