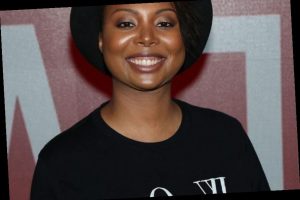 Lovecraft Country creator Misha Green is making her feature directorial debut in the next installation of the Tomb Raider, according to The Hollywood Reporter. Packed with thrilling action and adventure, the film is right up Green’s alley of creative direction.

Amongst Green’s previous work, Lovecraft Country stands out in all its glory as the HBO horror drama series climbed the ranks of hit shows after its release in August of 2020. Led by the cast of Jurnee Smollett, Jonathan Majors and Courtney B. Vance, the show juxtaposes the racial terrors of Jim Crow America and chilling dark fantasy. Green executive produced the show, based on Matt Ruff’s eponymous novel, alongside J.J. Abrams, Jordan Peele, Bill Carraro, Yann Demange, Daniel Sackheim and David Knoller.

Aside from Lovecraft Country, the American television writer executive produced, co-created, and wrote Underground — a period drama series lauded for its groundbreaking ratings. Green’s leap to feature film comes as no surprise as her work for television is proof of her exemplary capabilities.

The next Tomb Raider installment will cast Alicia Vikander as the leading role yet again. Directed by Roar Uthaug, the 2018 film based on a video game series grossed roughly $250 million at the global box office. Green is also lending her pen to the film as a writer of MGM’s upcoming sequel.

On Monday, Green tweeted her expressed excitement for the directing gig and shared with her fans her favorite adventure of the game’s titular character, Lara Croft.

The full plot of the next movie has yet to be revealed. According to sources, production was eyeing March 2021 for the film to hit theatres but with the pandemic halting filming across the world, a release date has not yet been disclosed.