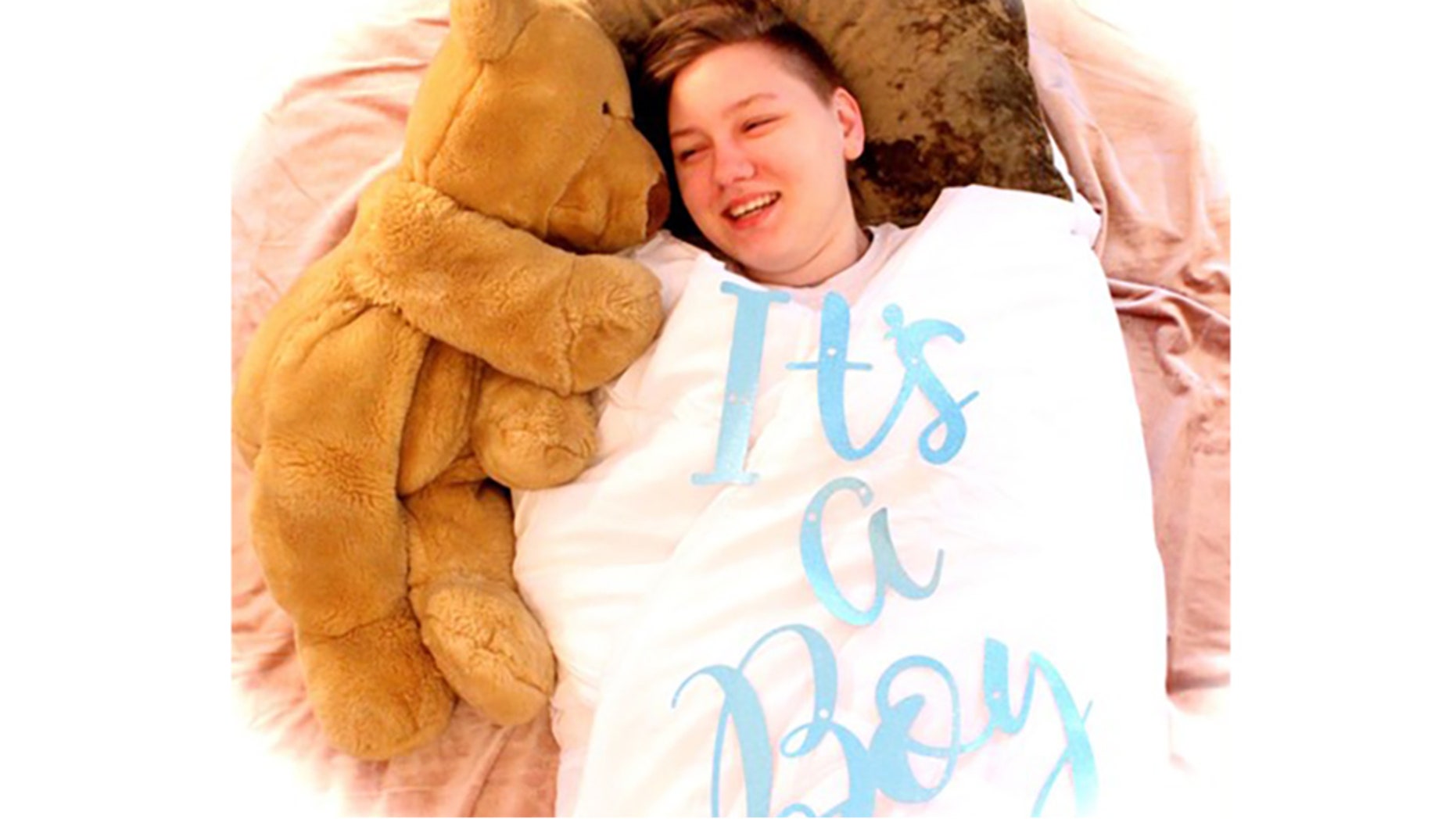 Heather Lundberg Green coordinated an elaborate photo shoot in honor of her son’s transition, where she swaddled him with a white blanket inscribed with “It’s a boy!”
(Courtesy of Kara Davis)

When Adrian Brown told his mother that he was transgender and wanted to transition from female to male, Heather Lundberg Green didn’t know how to support her son.

“When he told me he was transitioning, I was determined to support him through his journey, but I had no idea how,” Green, who’s based in Louisville, Kentucky, wrote in a blog for Love What Matters. “I have always had many friends in the LGBTQ community and still I wasn’t sure what steps I should take as his mother, or even what an appropriate response was outside of ‘I still love you.’”

But she had a clever idea: Throw a gender reveal party to celebrate her son’s 20th birthday. Green coordinated an elaborate photo shoot for her son, where she swaddled him with a white blanket inscribed with “It’s a boy!”

She shared the photos on her Facebook page, which quickly became a social media sensation and attracted more than 10,000 likes.

“My kids are used to me coming up with these harebrained schemes all the time,” Green told WAVE. “He was like, ‘You’re crazy, but yes,’ of course, which was a fair reaction.”

Brown first came out to his 17-year-old brother Lucas in September, and his younger sibling was extremely supportive.

“[Brown] asked what he would think if he changed his name to Adrian and Lucas’s response was that he’d have to change his name tag at work,” Green told The Washington Post.

Green’s online community has been equally supportive of Brown’s transition.

“So glad you are you and teaching the world to see you for who you are,” wrote one user.

“I’m so proud and have all the feels, even though I’ve never met Adrian,” wrote another user.

And Brown’s story is even saving lives. Brown told USA Today that Lucas shared with him a heart-wrenching story about one of his classmates.

“He proceeded to tell me that a trans boy at his school had come out to his parents after seeing our post,” Brown said. “He had been considering suicide before coming out to them and because of our message he had the courage to tell them and found out that his parents were going to support them. He would not have had the courage had we not taken these photos.”

This story was originally published by the New York Post.