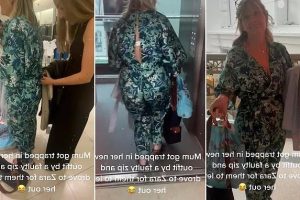 A woman who bought a jumpsuit with a ‘faulty’ zip from Zara was filmed returning to the store to ask an assistant for help to take it off in a viral TikTok video.

Posting on TikTok, Isabel Robins, who is believed live in London, explained that her mother had struggled to take off a new jumpsuit because of its ‘faulty’ zip.

She said her mother was forced to drive back to the store in Bromley to get help removing the outfit from a sales assistant.

Despite having just 100 followers on the platform, the short clip has gone viral with many dubbing Isabel’s mother ‘iconic’ for driving back to Zara in the jumpsuit. 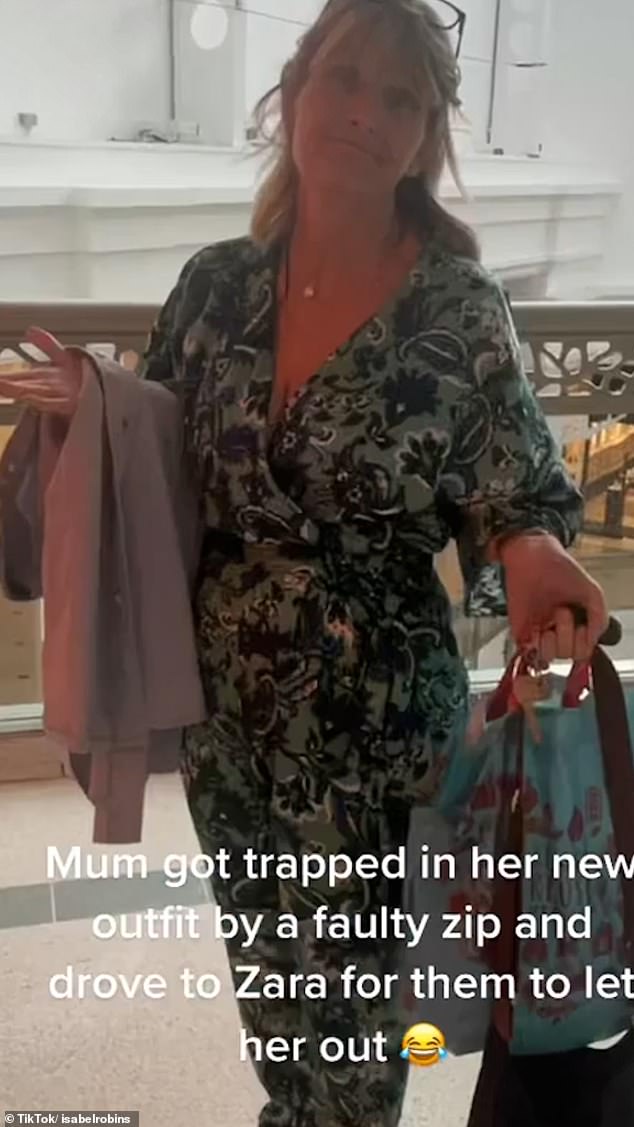 Isabel Robins, who is believed live in London, has gone viral on TikTok after sharing a video of her mother (pictured) struggling to take off a jumpsuit 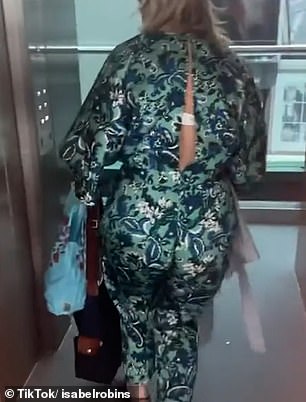 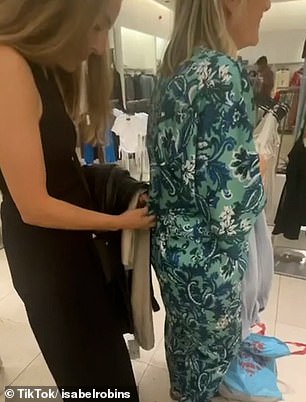 In the video Isabel’s mother can be seen making funny faces as she drives to Zara wearing the ‘faulty’ jumpsuit.

She then appears in good spirits as she eagerly walks into the store and searches for an employee to free her from the item.

As an employee releases the zip, Isabel’s mother takes a sigh of relief for the camera.

The clip ends with her walking around the store wearing jeans and a jacket, behind the employee who has the jumpsuit in their hand. 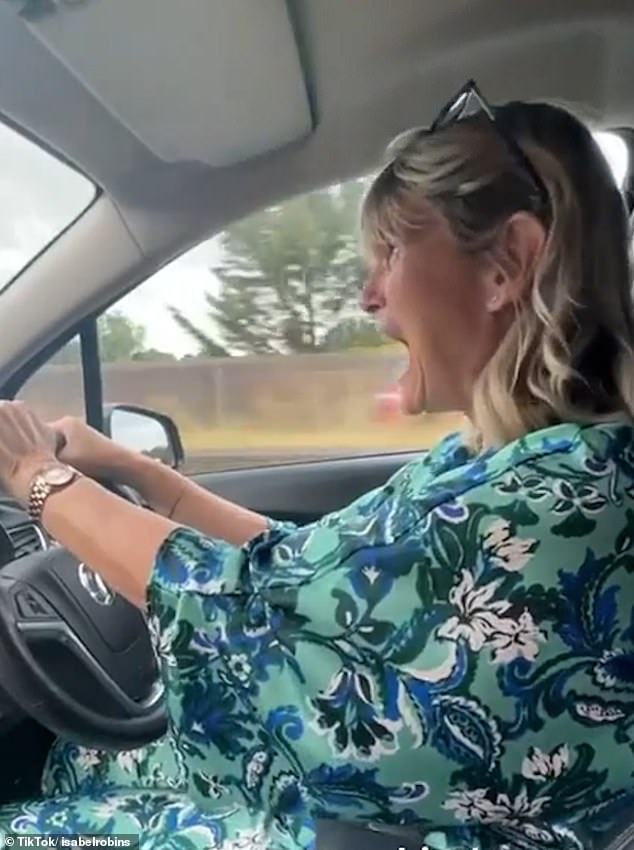 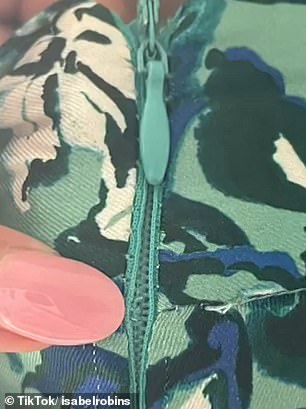 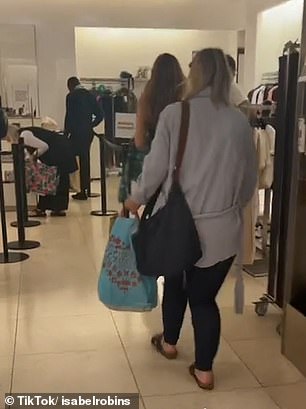 It is unclear if Isabel’s mother went ahead with exchanging the jumpsuit or was put off the purchase after her experience.

Over 5,000 TikTok users have liked the video with many others leaving laughing emojis in response.

One person wrote: ‘What an absolutely iconic lady’. Another said: ‘Good old Bromley’.

A third added: ‘Shame coz it looked awesome on her’.

A stream of comments on the video have left laughing emojis, while labeling Isabel’s mother an ‘absolutely iconic lady’