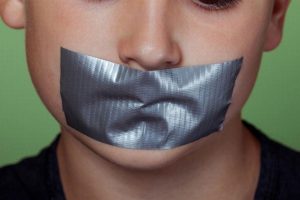 There's a social media hack for every problem these days, but they don't always work and aren't necessarily safe either.

Mouth-taping is the latest sleep hack which has gone viral on TikTok. The hack claims to help prevent "mouth breathing" while you sleep.

With the hashtag #mouthtaping clocking up over 24 million views, the supposed health trend has many fans who claims it prevents snoring and even improves sleep.

But medical and sleep experts have something else to say, with warnings being issued over the "dangerous" practice.

Here's everything you need to know about mouth taping trend on TikTok and why experts are warning people against trying it.

What is the mouth-taping trend on TikTok?

Mouth-taping is the latest trend to go viral on TikTok, involving users placing tape over their mouths before they go to sleep, to try and encourage nasal breathing.

Many fans of the method on social media are raving about it saying that it not only prevents snoring and improves sleep, but helps with bad breath and gum disease.

One user @healthwithcorey, whose video on the trend has over five million views says that he tapes his mouth every night and that it has prevented his mouth from getting dry as "you are humidifying and moisturising the air."

He asked people to use medical tape rather than duct tape, which many people have been using in a bid to get more likes on social media.

Many commenters on TikTok are convinced this trend works, with one saying " It actually works for me. Been doing this long time. Deep sleep, no snore, wake up feel fresh. Apply it vertical first if you're anxious."

Another called the hack "life changing" and said they had " best sleep" of their life after trying mouth taping for a couple of months.

What have experts said about mouth-taping?

While many social media users are swearing by mouth-taping for better sleep, experts are not on board with the trend.

Experts at The Sleep Foundation said there is little to no research on the benefits of mouth-taping.

They've also warned of irritation around the lips from prolonged use of the tape as well as disrupted sleep due to difficulty breathing through the nose.

Another sleep expert James Wilson (The Sleep Geek) has issued a warning saying "mouth-taping is an extreme way of encouraging nose breathing that has some serious health risks."

According to Wilson, taping your mouth could contribute to serious health issues like heart disease, COPD, and stroke, especially if you suffer from sleep apnoea.