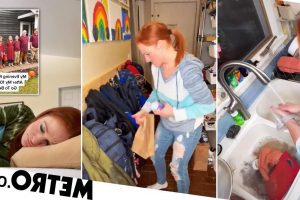 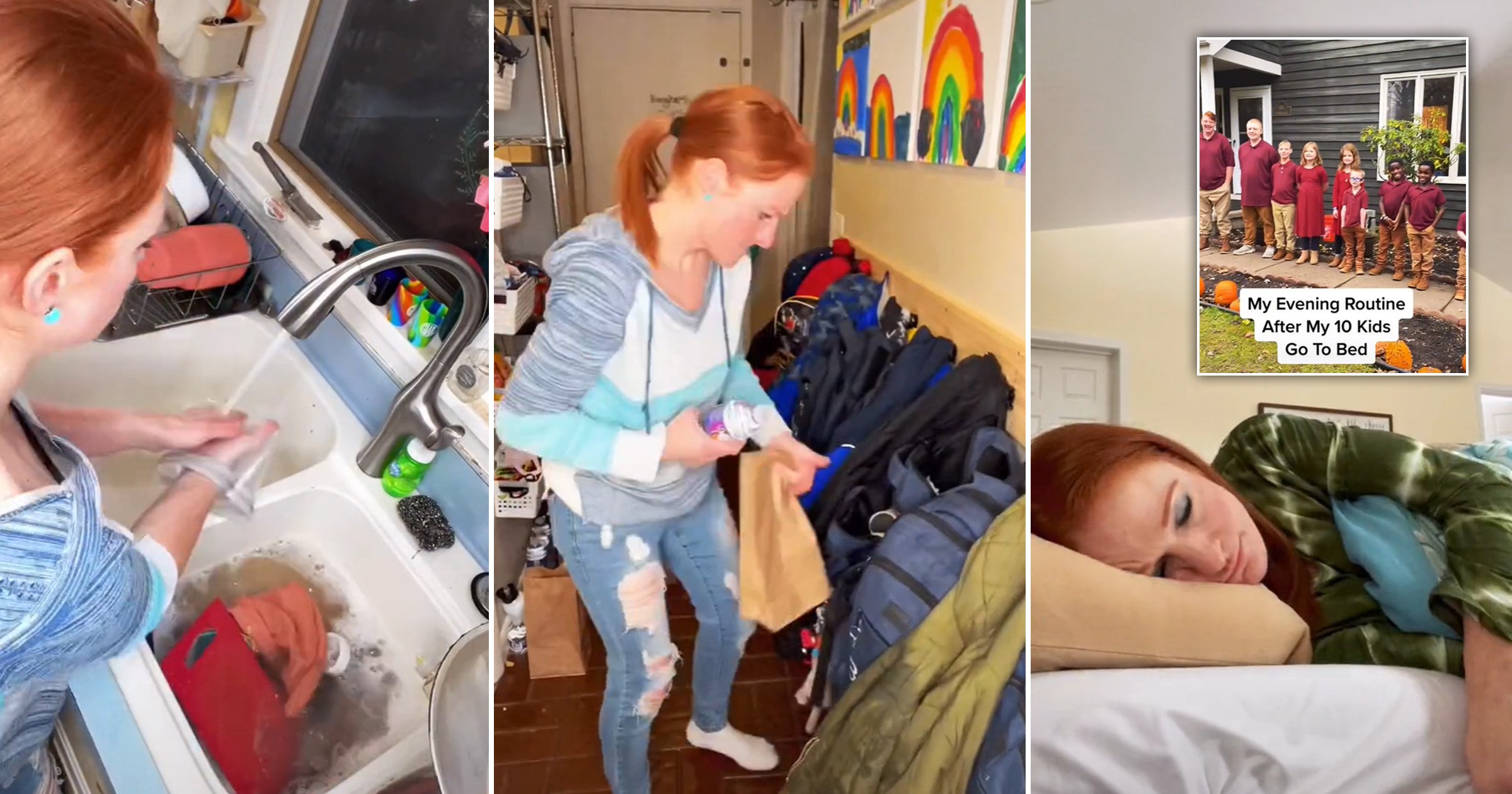 Being a mum is hard work – especially if you’re a mum to 10 children.

In a TikTok video viewed over 5million times, a woman in this family set up has revealed what her daily evening routine looks like – and you’ll be exhausted just watching it.

Alicia Dougherty, who has an account called Dougherty Dozen, doesn’t get to bed until midnight, doing tasks like prepping her kids’ lunches.

The video is titled: ‘Evening routine after my kids go to bed’, and breaks down her evening.

Alicia says: ‘I unpack all of their lunchboxes and put their ice packs bag in the freezer, wash the dishes, clean up the mess they left all over my bathroom from showers, hang up their towels.’

Alicia and her husband Josh, from New York, have adopted six kids and have four biological children.

They live in a 3500sq ft home, which has seven bedroom and four bathrooms – that’s all between 12 people.

Next in the busy mum’s nighttime routine, she organises her kids’ outfits for the next morning.

To save time the next day, she even puts toothpaste on brushes ready to use.

Alicia added: ‘I pack their snacks for school and I put them in their backpacks with water for the next day.

After all of this, the busy mum then moves on to housework.

She says: ‘Then I vacuum, make sure all the kids’ iPads are plugged in for the next day.’

Before hitting the hay, she scrolls through social media. By midnight, she’s ready to sleep.

The video has left people shocked that she does this every single day.

One commented: ‘I……I don’t even know where to start here. Bottom line is that most of these kids are old enough to do ALL of these things. This is absolutely unreal.’

Many agreed with this, however not everyone felt this was fair.

Another said: ‘Not everyone telling her what to, maybe this stuff makes her feel good. Momma do you. I wish I had a mom like you.’

Others called her ‘amazing’.

Alicia herself doesn’t want her children to help, saying that she wants them to ‘have fun and be kids’.

She adds: ‘Acts of service is my life language’.