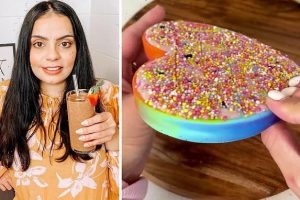 A mum has wowed thousands with her quick and easy ‘toddler snack hack’, but not everyone is impressed with her ingenuity.

Carolina McCauley, from Perth, shared a clip of the food hack on TikTok, where she explained she freezes blueberries and yoghurt topped with hundreds and thousands in a plastic toy.

She then breaks them off into bars for her kids when the yoghurt and fruit have frozen. 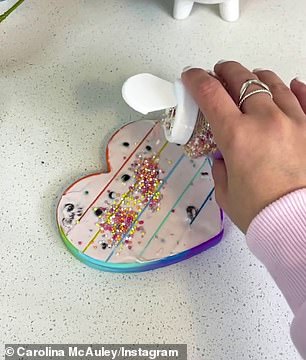 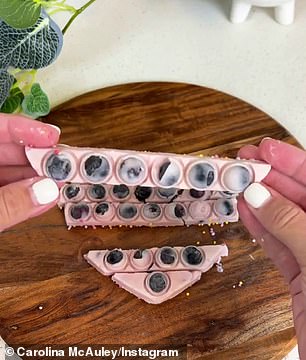 A mum has wowed thousands with her quick and easy ‘toddler snack hack’, but not everyone is impressed with her ingenuity (the finished result pictured)

‘This was oddly satisfying and totally worth a try,’ Carolina posted.

The mum said her kids love the snack when they are in need of a sweet treat, and you can easily forgo the hundreds and thousands to make it healthier.

Many were impressed with the snack and said they would ‘definitely be trying it’ with their own children.

‘Oooh, great idea – I love this,’ one woman posted.

‘Finally a good use of those pop things!’ another added. 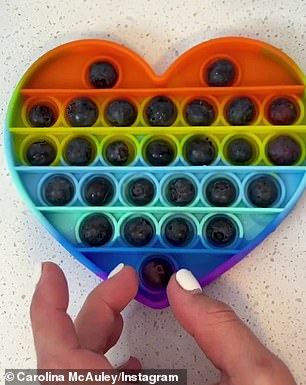 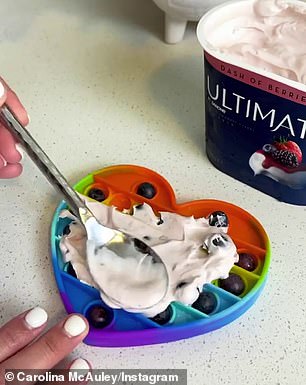 To make the snack, Carolina combines blueberries and yoghurt, which is then frozen; she adds sprinkles to make it tasty but you can leave them out if you want it to be healthy (pictured)

But not everyone was on board with the idea, with some saying they didn’t think the toy containers were food-safe.

‘Not food grade,’ one woman posted.

‘Materials must meet specific standards to be eaten off,’ another added.

Others didn’t like the fact that she ‘ruined a healthy snack’ with sprinkles:

‘Without the sprinkles, this could be for a dog,’ one woman wrote. 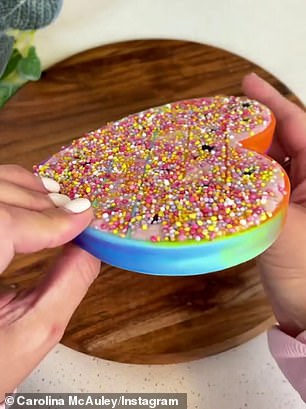 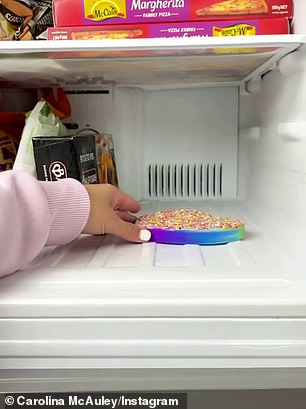 While many said they loved the idea, others said they weren’t convinced the plastic toys were food safe (pictured being made) 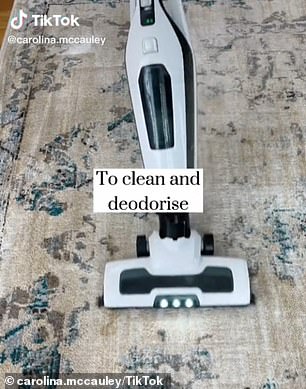 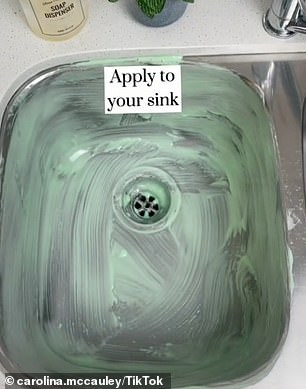 Previously, the mum-of-two has revealed her three favourite uses for bicarbonate of soda around the home, including on her rugs and in her kitchen sink (pictured) 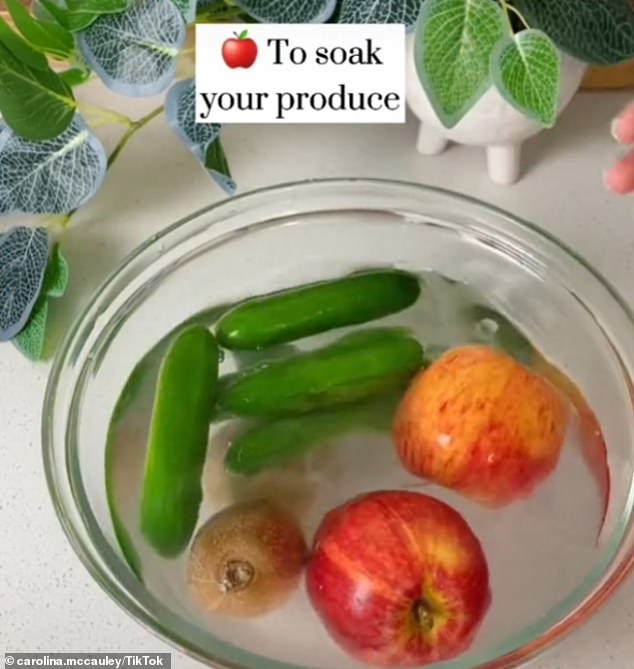 Finally, she filled a large bowl with water and mixed it with baking soda so she could soak her fresh fruits and vegetables to remove pesticides (pictured)

Carolina McCauley has built up a huge following on TikTok, predominantly for sharing handy household tips and tricks.

Previously, the mum-of-two has revealed her three favourite uses for bicarbonate of soda around the home, including on her rugs, in her kitchen sink and to wash her fruit and veg.

In a recent video, Carolina sprinkled a generous amount of baking soda all over her rugs and carpets before running a vacuum cleaner over the surface to ‘clean and deodorise’.

Using a brush, she applied the paste to her kitchen sink, then she rinsed it with water, leaving the surface sparkling clean.

‘Apply to your sink and watch it shine,’ she said.

Finally, she filled a large bowl with water and mixed it with baking soda so she could soak her fresh fruits and vegetables to remove pesticides.

For a mixing bowl, add one teaspoon of baking soda to every two cups cold water.

Studies have found that submerging fruits and vegetables in the baking soda water for up to 15 minutes can remove common pesticides.