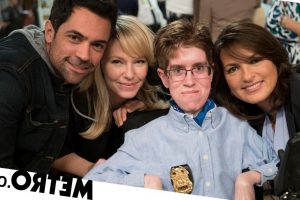 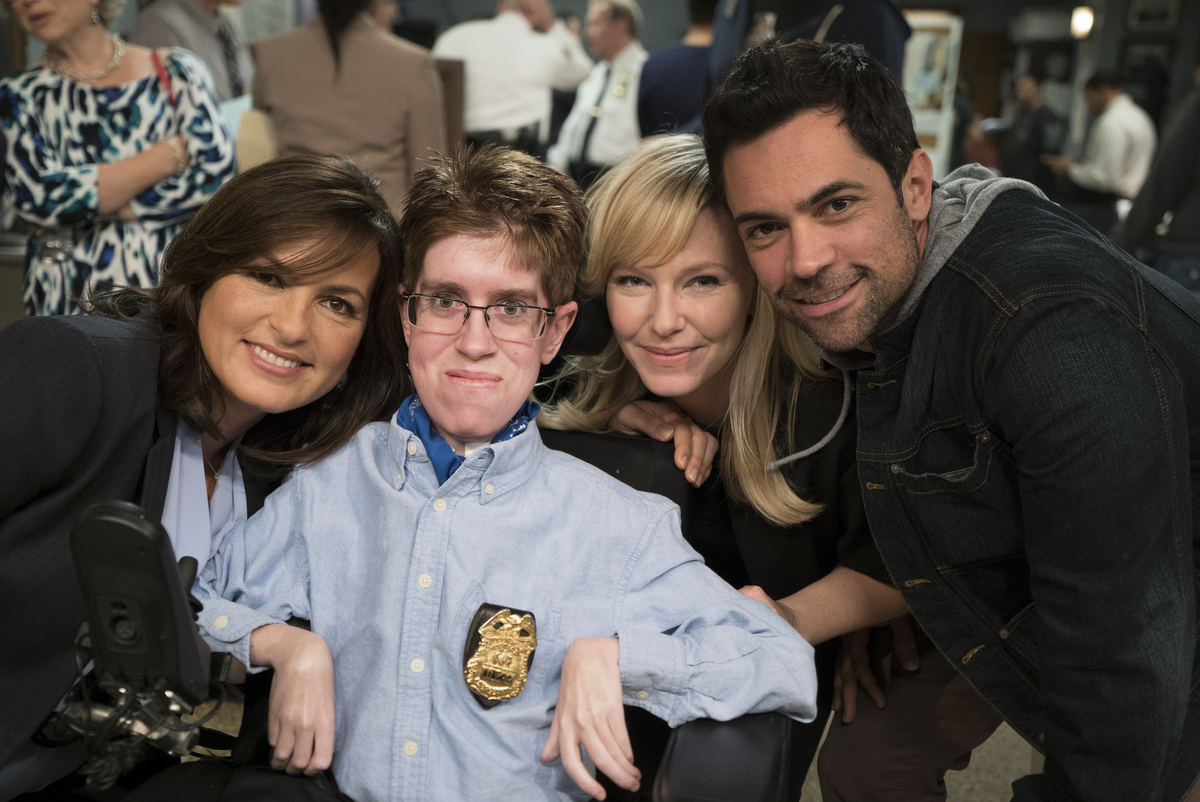 In 2016, my son Andrew passed away at the age of 24. He had congenital muscular dystrophy.

Only two days before he died, Andrew was wondering if he would still be able to study for his upcoming college semester. That’s the kind of person he was.

At two, Andrew was the youngest person in the Kansas City area to own and manoeuvre a power wheelchair.

Then, aged seven, he became one of the youngest people in the United States to have a service dog.

He survived three Code Blue episodes (meaning, three critical medical emergencies), an emergency tracheostomy, and multiple admissions to intensive care units. Surviving them all, he went on to become one of the only people to swim with a tracheostomy tube, despite warnings from multiple specialists.

All while being unable to even roll over in a body weakened by muscular dystrophy.

Though my son is no longer here, he has set the bar for my family and I to live life as fully as possible. To appreciate life – with the proper perspective on it.

Even now, when I look at the pictures of Andrew in our home, I can’t help but feel joy in remembering his zeal for life.

Our third child, Andrew’s birth was difficult from the beginning. As soon as he was born in November 1992, things went downhill. He was extremely limp and was rushed to the neonatal ICU to be placed on a mechanical ventilator and fed with a feeding tube.

For any parent, such a turn of events would be traumatic. But for my wife Ruth and I, it was especially horrific.

I was a critical care and pulmonary specialist, and my wife was a pediatrician. A painfully ironic combination for having a critically ill newborn. Now, we were experiencing illness from the other side.

In his first four months, Andrew was given a terminal prognosis by three separate neurologic specialists. We were told, in all manner of ways, that he probably wasn’t going to survive.

Certain referrals at renowned academic medical centers were dehumanizing. Andrew was treated with cold dispassion, as little more than an excellent teaching case of a rare disorder.

We, his parents, were equally treated and accorded little opportunity to absorb the terrifying news.

Only one academic neurologist delivered Andrew’s dismal prognosis with extraordinary compassion and empathy, and thus cushioned the blow.

Such compassion, though, was an exception – and I started to grow ashamed of my profession.

Andrew was first diagnosed with Spinal Muscular Atrophy Type I. It typically is fatal within the first one to two years. Being virtually assured that Andrew was terminal, we resolved to relieve any suffering in his short life.

We made the agonising decision to remove his feeding tube, and let nature take its course. We even started planning for his funeral. As with so many other inexplicable instances throughout his 24 years, though, Andrew not only defied these predictions – he defied death.

Against all odds and expectations, Andrew outlived his dismal prognosis, and was eventually diagnosed with congenital muscular dystrophy. It was a rare and poorly understood condition at that time, with a variable (uncertain) life expectancy.

But even as we were coping with such turmoil, Andrew seemed determined to triumph.

Though a wheelchair user, he went on to experience all that his able-bodied peers enjoyed. He attended school, went on vacations, bowled, attended baseball and football games, sledded in the winter, and picnicked and picked berries and apples in warmer weather.

Andrew constantly defied the odds to stay alive, surviving so many near-death experiences.

At 13, we were eating dinner at Disney World Florida when Andrew suffered his first seizure. I had to personally perform CPR while waiting for medics. A CT scan identified lesions in his brain, areas where his muscular dystrophy had started to deteriorate nerve cells.

Once again, despite so many obstacles, he recovered enough to actually go back to and enjoy Disney World after a stay in hospital.

During yet another hospitalization, aged 22, I clearly remember sitting in the waiting room outside the ICU, waiting for news of his death as doctors struggled to place an emergency tracheostomy tube.

But he survived, coming out of it with as much personality and sharp wit as he’d always demonstrated.

Years later, only weeks before his passing, another episode remains seared in my memory. We had to hurry home from a movie after pus started pouring out his tracheostomy tube. My wife raced in and out of traffic while I held my son.

Still, Andrew managed to graduate from high school, and went on to community college. He was determined to be a journalist, ignoring the fact he couldn’t even hold a pencil strongly enough to write.

He didn’t want to live with us forever, after all – though the prospect of his mortality became increasingly obvious as he grew older. We never really told him how long he had left, as we didn’t know. But I think he knew deep down how lucky he was to be alive each day.

Growing up, Andrew hated being thought of as disabled. It wasn’t denial, it just didn’t fit into his determination to be independent. I remember taking him to a special muscular dystrophy camp, and despite the kind support each camper was given, Andrew despised it.

He hated any special attention and being treated differently from his older siblings or classmates. He made fun of himself, and never took himself too seriously.

While his body became weaker, and he started requiring round-the-clock care and intermittent oxygen, his personality only became stronger.

He never cared that he’d achieved such successes, or defeated odds. He was ‘just Andrew’ and wanted nothing more than being a normal kid. Not ‘the kid in the wheelchair’, but the kid who loved superhero movies, telling jokes, and watching his favorite TV shows such as South Park, Modern Family, and Law & Order SVU.

Two years before he passed away, in fact, I took him to visit the Law & Order SVU cast at a filming in New York. Unable to fit his wheelchair in a commercial plane, we had to charter our own – but it was worth it. He had the cast in stitches and it’s a memory that will stay with me forever.

Sadly, in the last months of his life, we didn’t realise that a large abscess had been brewing in his chest. And, on New Years Eve 2016, Andrew passed away.

I never asked myself ‘why us?’ because I was too busy living my life as Andrew’s dad, making memories with him that would last a lifetime.

Andrew’s optimism and genuine lust for life was an inspiration to us all. Though he’s no longer here, we have nothing but an uplifting feeling whenever we think of him.

He taught us that nothing is as bad as it seems and life is too short for regrets.

It’s because of him that I’ve since dedicated my medical career to helping students and practitioners alike always treat patients with dignity; in a comforting, compassionate, and empathetic manner as possible.

My family’s experience led to my first book, Both Sides of the White Coat, which has been used as a teaching tool at some institutions of medical education. I genuinely hope it makes a difference. I’m currently writing a book about Andrew’s life, too, in attempts to help other parents through such turmoil.

Andrew was more than a number or a disease or a statistic. He was my son. My boy – an endlessly dedicated student, with a full life and with real interests… who would probably never forgive me for telling you his story.

He was just Andrew, and we should all live a little more like he did. With humanity, grace, and dignity.

Both Sides of the White Coat, written by Scott Eveloff, is available to purchase on Amazon here.

As told to Emmie Harrison-West