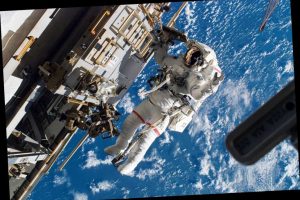 NASA astronauts have some big plans in space over the next two weekends.

Both spacewalks will last six and a half hours each and can be streamed live on NASA's website and the NASA TV channel.

According to NASA, these spacewalks will be the 235th and 236th in the station's history. Then on March 5, Rubins will venture outside the ISS again to complete several tasks with Noguchi by her side, including venting ammonia from the Early Ammonia System and installing a "stiffener" on the Quest airlock thermal cover to keep it from "blowing out when residual atmosphere escapes as the hatch is opened."

Rubins will be EV 1 and Noguchi will be EV 2 during that mission, per NASA. Rubins became the 60th woman to fly to space when she reached the ISS on the Soyuz spacecraft on July 7, 2016. She returned to space for her second mission on Oct. 14, 2020, her 42nd birthday, and is expected to come back to Earth in April.

Meanwhile, Noguchi recently made it back to the ISS as part of SpaceX's Crew Dragon Resilience spacecraft, which also included Glover, Michael Hopkins and Shannon Walker. They have all been in space since takeoff in November 2020 and will remain in orbit until the springtime.