Nathan Hollier gets the big job at Melbourne University Publishing

Nathan Hollier doesn’t get very nervous anymore. A bit when public speaking but nothing compares to how he felt when he was about to step into the ring during his days as an amateur boxer.

And that includes his new role as chief executive of Melbourne University Publishing. 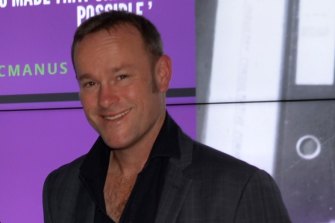 Nathan Hollier is taking over from Louise Adler as chief executive of Melbourne University Publishing.Credit:

Hollier, the director of Monash University Publishing, has been named as successor to Louise Adler, who resigned along with five directors in January after MUP turned its back on its previous policy to be a more commercial publisher of books in order to focus on academic work and introduce an editorial board to approve publications. He will start the job on July 1.

Speaking to The Age from Detroit, where he is attending a conference of university presses, Hollier said he didn’t expect the approach he adopted at Monash would differ massively at MUP. "I’m going to try to publish books which are the most relevant and important for our times," he said. 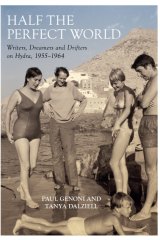 Half the Perfect World. By Paul Genoni and Tanya Dalziell.Credit:

"With the print book we’ll be focused on addressing the major issues that we face as a nation and as a world. I think that the world really needs the book more than ever before. It remains a great vehicle for civilisation and spreading ideas and imagination."

Hollier, a former editor of the progressive cultural magazine Overland, said he expected the focus of the MUP's open-access electronic publishing would change, with greater emphasis on the natural sciences and away from the humanities.

When he joined Monash about 10 years ago, its university press was an e-publisher that he has transformed into one that publishes about 25 print books a year. Recent titles include Half the Perfect World, about Charmian Clift, George Johnston and Leonard Cohen living on the Greek island of Hydra, and Dunera Lives: A Visual History.

He expected MUP to publish similar sorts of books, ‘‘works which have a scholarly foundation but which are intended to reach an audience outside the academy as well''.

While he envisaged no difficulty dealing with MUP’s editorial board – ‘‘it’s just part of being a university press’’ – he acknowledged it could slow the publishing process and make it harder to do quick turnaround books.

One of Hollier’s immediate tasks will be to find replacements for staff who have left or are leaving in the near future. That includes executive publisher Sally Heath and head of sales and marketing Emma Rusher. ‘‘I’ll have to look at the staffing structure, the workflow, what our new goals are and how we’re going to get things done that we need to get done.’’

And despite being ‘‘a political person’’, Hollier did not anticipate continuing Adler’s focus on political memoirs.

"I think I’ll be more concerned to be publishing books that really stand the test of time. We’re in this world that’s threatened by climate change and the possibility of nuclear catastrophe and I think there’s a real responsibility for university presses to be addressing these big issues."

END_OF_DOCUMENT_TOKEN_TO_BE_REPLACED

END_OF_DOCUMENT_TOKEN_TO_BE_REPLACED
We and our partners use cookies on this site to improve our service, perform analytics, personalize advertising, measure advertising performance, and remember website preferences.Ok