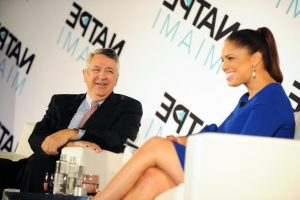 The National Association of Television Program Executives (NATPE), which holds trade shows for the TV industry, announced on Monday that it will file for bankruptcy.

The organization said the pandemic had forced it to cancel its flagship events, leading to a drop in revenues and requiring it to draw on reserves. A bankruptcy filing was expected as soon as Tuesday.

NATPE said it will restructure under Chapter 11, and that it still plans to hold its annual conference on Jan. 17-19, 2023, in the Bahamas.

“NATPE is looking at all possible options to restructure, including raising funds through strategic alliances, and continue to operate NATPE as a more streamlined and reorganized operation,” the group said in a statement. “For almost 60 years, NATPE has been the leading global professional association for content producers, distributors, developers, streamers and buyers across all distribution platforms. NATPE is optimistic that it will emerge from the reorganization process in the same position.”

NATPE is a nonprofit organization. According to its tax filings, revenues had been on the decline even before the pandemic, from a peak of $9.1 million in fiscal year 2015 to $7.1 million in fiscal 2020, the last year for which a return is available.

In October 2020, the organization was sued by its landlord for failure to pay rent on its former office building. The case was resolved the following year.

The group resumed in-person events in June, holding its marketplace in Budapest. At the same time, the group announced that the Miami conference would be relocated from Miami to Nassau.

The Budapest event is expected to return in June 2023.