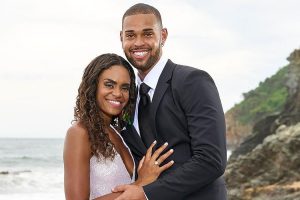 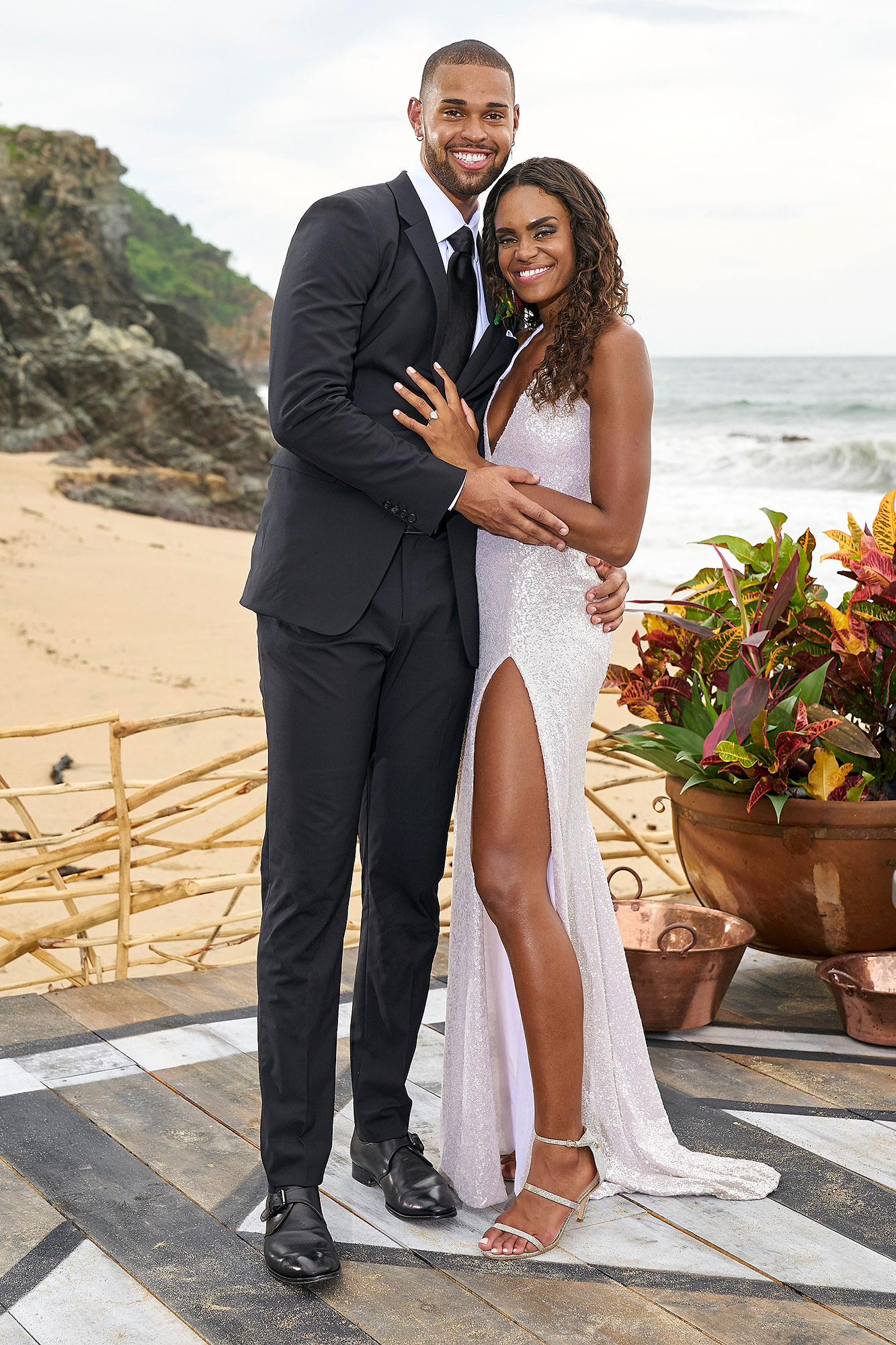 Not what it seems. After winning The Bachelorette season 18, Nayte Olukoya shared a sweet message to his love Michelle Young — and called out the ABC reality show’s editing.

“Michelle, ever since September 9th, 2021, when I got on one knee to ask you to spend the rest of our lives together, it has been an absolute dream come true,” the 27-year-old shared via Instagram after the Tuesday, December 21, finale aired. “Who would have ever thought that a reality tv show could actually work out as perfectly as it did for us. Regardless of the edit, we know our true story.”

Much of Bachelor Nation thought Nayte wasn’t ready to commit to the 28-year-old Minnesota teacher for the rest of her life, instead rooting for her to pick runner-up Brandon Jones. Even her parents questioned Nayte’s true desire and ability to commit to marriage, but Michelle sent Jones, 27, home. The first impression rose winner proposed to her with a Neil Lane engagement ring.

“Thank you for seeing past what people have always seemed to get stuck on when it comes to me,” Michelle’s fiancé continued in his Instagram post. “My whole life people have taken one look at me and thought they had me all figured out. Maybe it’s the tattoos and piercings. Maybe it’s the way I carry myself. Maybe it’s as silly as my height or as ignorant as the color of my skin. Maybe it’s how awful I am at expressing myself or how gosh darn awkward I almost always am.”

Former ‘Bachelor’ and ‘Bachelorette’ Winners: Where Are They Now?

He also called out the “walking red flag” label in his letter, noting that Michelle looked past what scared off others. “Even now, enough dweebs think I’m a walking red flag,” he added. “But you, Michelle, you saw me for me from the very first night, and I will always always always love and appreciate you for that.” 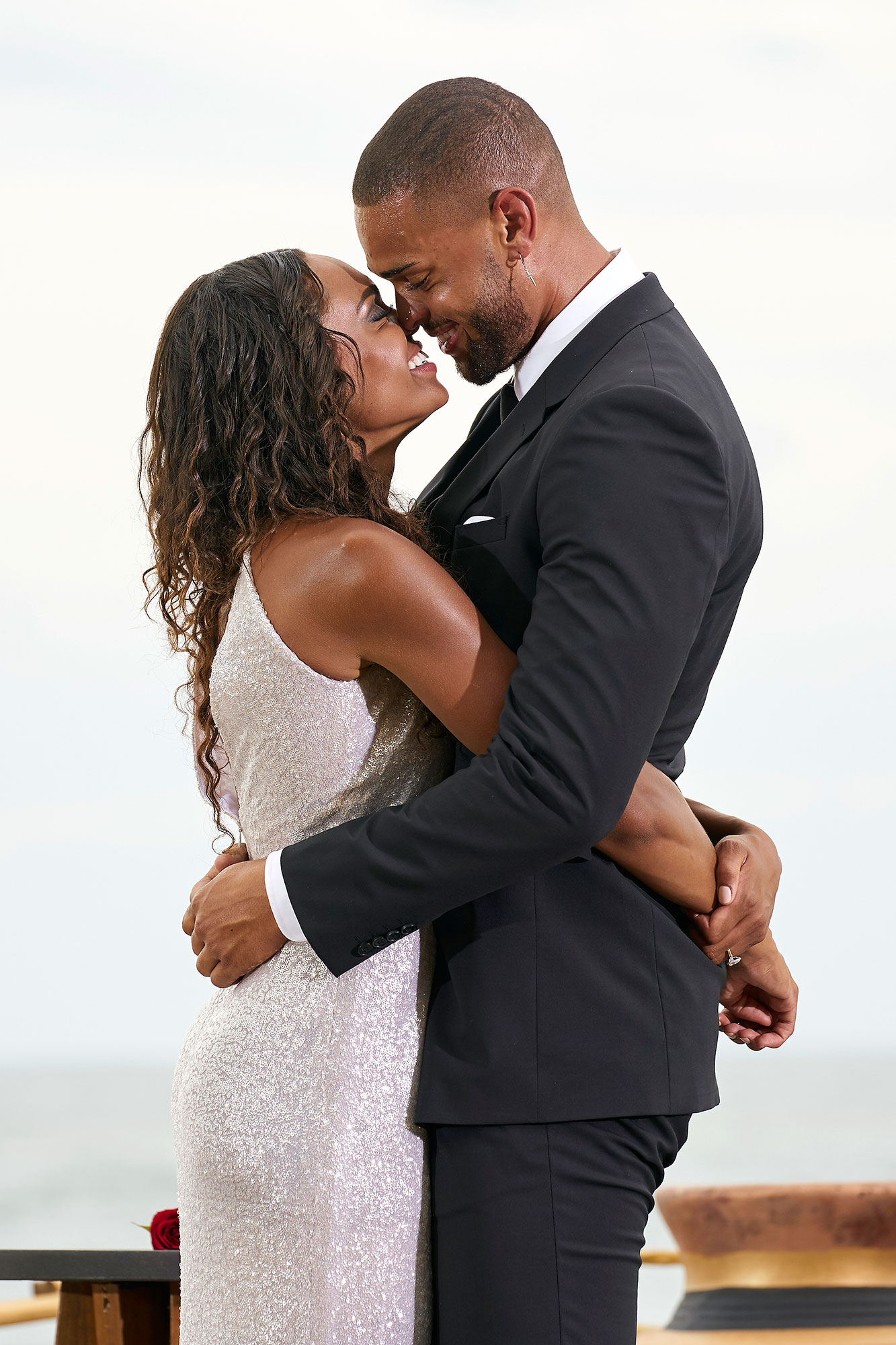 The Texas resident told Michelle in the finale that it would “suck” if they broke up, and he acknowledged at the time that it wasn’t the most poetic declaration of love. He seemingly made up for it with the lengthy message, which was posted alongside several photos of the happy couple celebrating their engagement on the season 18 finale.

“I want you to know that you’re all I want,” he went on to write. “I want us to have what your parents have and even more. I want to be the best version of myself for myself, for you, for our families, and for our future family, forever. I am completely and utterly in love with you.”

He thanked her for helping him open up and promised to put in the effort before he signed the letter: “Love, Nayte — Your 6’8”, Costco Chris brown, walking red flag.”

For her part, the midwestern educator, in her own letter to her love, also hinted that Bachelorette audiences didn’t see the whole story when it came to Nayte’s emotional growth.

“The way you’ve pushed yourself to be vulnerable, even if it wasn’t for others around us to see,” Michelle wrote in the Wednesday, December 22, post via Instagram. “I’ve learned our love story doesn’t need to be perceived as perfect, As long as it’s perfect for you and me.”