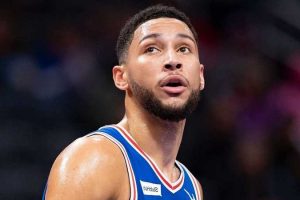 Philadelphia 76ers player Ben Simmons has listed his New Jersey Mansion for almost $5 Million shortly after his suspension from the team. He was said to be kicked out on the team practice by 76ers Coach Doc Rivers after he refused to participate several times to sub in a drill. The suspension came to be after he did not seem interested in playing for the team by not showing up to team practice and not attending training camp. The mansion was put up on the Zillow website in the wee hours of Wednesday, just hours after he was suspended.

The Philadelphia 76ers has announced on Tuesday evening that Simmons will be suspended for one game because his conduct is damaging to the team. The suspension was served on the opening game against Pelicans last Wednesday. Simmons seems to make his intentions clear by blatantly disregarding his practices and drills in his Philadelphia 76ers team.

His agent requested a trade last summer, and it seems like he is eager to leave Philadelphia in his attempt to sell his home. The 25-year-old basketball player bought the mansion for $2.5 Million in 2019 and is currently up for grabs for $4,999,999. If someone buys the house, he will surely be walking away with a huge profit from the transaction. The said expansive Moorestown mansion of the Philadelphia 76ers player features three bars with a full-service bar, basement level gaming room, entertainment lounge, a lavish aquarium, and a dog run. The New Jersey home is situated on 1.78 acres of land and features a full home security system with a gated front entrance with five bedrooms and six bathrooms.

Amenities and furniture include a customized couch and lounge chairs, kitchenette with candy room, ventilated lounge, tiles that are graffiti-inspired, and a backyard that can only be accessed through the outdoor area. There is also a collection of memorabilia from Ben Simmons on display that includes his jersey, some framed magazine covers that feature him, and many more. The place is located just 20 minutes away from their practice venue, Wells Fargo Center, where Simmons does not seem to want to visit anymore.