Reality TV stars might share the screen together to document their rich and fabulous lives, but that doesn’t mean they have to like each other. In fact, most reality shows thrive off of the conflict and drama that arises when frenemies lie, backstab, and argue with each other. But, sometimes people manage to form relatively solid friendships despite their every move being documented on camera. The Real Housewives of Atlanta have certainly had their share of ups and downs and right now no one really knows if Nene and Porsha are friends in 2019 or if they are on the outs once again. It’s been a rocky road for these two and there are some current bumps in the journey.

Right now, both ladies are going through some significant life changes with Porsha’s pregnancy and Nene dealing with her husband Gregg’s colon cancer diagnosis. Nene and Porsha made recent RHOA headlines during a recent episode documenting a “Bye Wig” party at her house, per Yahoo. Porsha and Kandi Burruss supposedly went into Nene’s massive closet against her wishes and Nene became upset when a cameraman made his way towards her closet. Nene ripped the man’s shirt and the camera went dark shortly after an unidentified person yelled “She’s pregnant!” in reference to Porsha.

The same Yahoo post also reveals that Nene addressed her actions on Watch What Happens Live with Andy Cohen and said she was within her rights to be upset about someone going into a private space without her permission. This statement makes partial sense because it’s not cool to go into someone’s private space without their permission. But, grabbing a crew member’s shirt is taking things a bit too far, lest you want to find yourself in hot water.

Then again, as everyone saw in the episode, the liquor was flowing and Nene’s emotions were justifiably high that day, with Gregg having been readmitted to the hospital before having the women over. 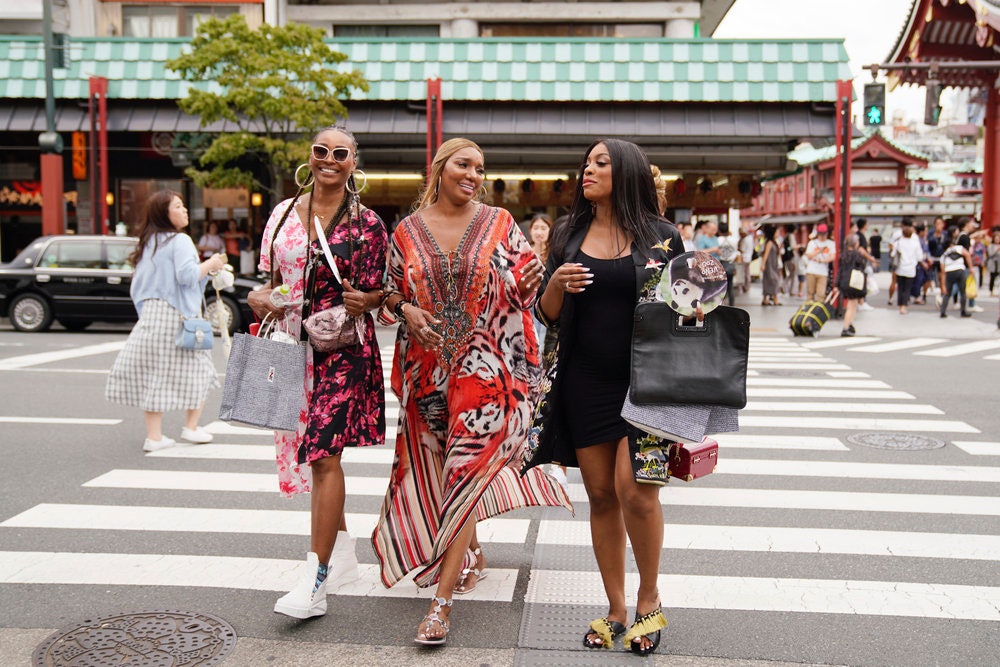 Meanwhile, Kandi, Porsha, and Marlo talked openly about the incident during a preview of the next episode. Porsha said she felt “anxiety” and feared for her safety due to being pregnant. She claimed Nene was coming towards her and Kandi in a threatening way, which Marlo seemed to conveniently forget. Of course, the TV show isn’t happening in real time, so this incident probably took place months ago and everyone has moved past that round of intense drama.

However, it’s worth noting that Nene was not in attendance at Porsha’s baby shower, per People, on Feb. 24 despite posting several IG photos of them hanging out together just a couple of months ago. The post included several exclusive photos of Porsha and fellow housewives Cynthia Bailey and Kenya Moore at the swanky event. To be fair, there weren’t any signs that Kandi was there either, so perhaps Porsha didn’t invite a ton of people. And, Nene could have simply been traveling or busy with another engagement that day. Either way, RHOA fans wonder what’s up with them now.

The status of Nene and Porsha’s relationship is never quite clear, but hopefully the pair can work past their latest issues and continue to comfortably co-exist in the reality TV space.