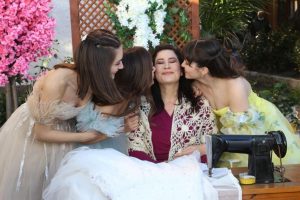 The Turkish TV market is being shaken up by the arrival of more U.S. streaming platforms, which are driving up production costs, but also providing a new burst of opportunity for talent, content creators and producers.

Netflix, which launched in Turkey in 2016, is the country’s streaming market leader when it comes to subs — said by insiders to be just shy of 7 million — and in terms of its local originals’ output.

Disney Plus, which is expected to bow this summer, is busy mounting multiple Turkish productions that are still being kept under wraps, while HBO Max just entered the market and is also active in production.

Amazon Prime Video is also expected to start churning out Turkish originals in 2023.

“Disney Plus is investing in Turkey like there is no tomorrow,” says Ahmet Ziyalar, chief of Istanbul-based sales and production company Inter Medya.

He adds that the Mouse House is “paying incredible amounts to [Turkish] talent, including writers, directors and actors.

“They are signing contracts with everyone, very aggressively,” Ziyalar says.

The streamers’ onslaught in Turkey is also making it tough to find not just reasonably priced talent, but also crews and technical equipment.

Disney Plus did not respond to a request for comment about its Turkish operations.

In February, WarnerMedia announced the appointment of Nermin Eroğlu, a former exec at production powerhouse Ay Yapim and broadcaster Kanal D, to handle development and production for HBO Max’s Turkish originals, none of which have yet been announced.

The fact that streamers are paying very high talent fees is clearly causing production costs to skyrocket. This, in turn, adds pressure on those Turkish producers who are not working with the giant platforms to recoup their investments.

On the other hand, the positive effect of having streaming juggernauts set up camp in Turkey is that “they are doing a good job in promoting the value of Turkish drama internationally,” so that “Turkish drama is now a bigger brand than ever,” he says.

In terms of genres, the impact that Netflix, as well as smaller local streamers such as BluTV, are having on the landscape has basically been to usher in shows that are edgier, more fast-paced and thematically bolder.

Case in point is Netflix’s groundbreaking “The Club,” a period drama set in 1950s cosmopolitan Istanbul where Matilda, a Jewish, former convict whose family suffered greatly due to a Turkish wealth tax that at the time targeted the country’s non-Muslims, works at a nightclub where she reconnects with her estranged rebellious daughter.

“We want to ensure that more people see their lives reflected in our stories,” says Pelin Distas, who is Netflix’s director of original content for Turkey.

She cites “The Club” also and other Netflix Turkish originals such as “Fatma,” the story of a cleaning lady who becomes a serial killer and in doing so responds to years of misogyny and grief. “Ethos,” intertwines characters from different socio-economic backgrounds. “Ethos” made a splash for its depiction of religious and secular elements colliding and connecting in contemporary Turkey.

“These were untold stories both local and international audiences could easily relate to,” Distas adds.

“Based on the feedback we received from our Turkish members and the industry, it would be fair to say these shows innovated the local storytelling approach by encouraging viewers to embrace the joy and the beauty of breaking prejudices and understanding each other,” she says.