New ‘Pretty Little Liars’ Series Is ‘Not What You Think’: Watch Teaser 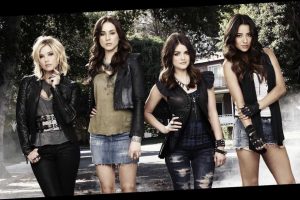 It’s only been three years since Pretty Little Liars ended its seven-season run on Freeform — and one year since the spinoff, The Perfectionists, was canceled after one season. But apparently, it’s time for a new spin on the story!

On Thursday, September 24, HBO Max announced a series order for Pretty Little Liars: Original Sin, a drama set in the same PLL universe but with a whole new story.

“Twenty years ago, a series of tragic events almost ripped the blue-collar town of Millwood apart. Now, in the present day, a group of disparate teen girls — a brand-new set of Little Liars — find themselves tormented by an unknown Assailant and made to pay for the secret sin their parents committed two decades ago … as well as their own,” the official show description reads. “In the dark, coming-of-RAGE, horror-tinged drama Pretty Little Liars: Original Sin, we find ourselves miles away from Rosewood, but within the existing Pretty Little Liars universe — in a brand new town, with a new generation of Little Liars.”

A new teaser was also released, which shows one message written in red against a black background: “It’s not what you think, bitches.”

Pretty Little Liars: Original Sin helms from Roberto Aguirre-Sacasa and Lindsay Calhoon Bring, both of whom worked on The Chilling Adventures of Sabrina.

‘Pretty Little Liars’ Cast: Where Are They Now?

“We’re such huge fans of what I. Marlene King and her iconic cast created, we knew that we had to treat the original series as #CANON and do something different,” the pair said in a statement on Thursday. “So, we’re leaning into the suspense and horror in this reboot, which hopefully will honor what the fans loved about the hit series, while weaving in new, unexpected elements.”

King, 58, who created the original series, however, may not be as excited.

“We are PLL family forever. If we need to declare ourselves #OGPLLFamily then that’s what we’ll do. Staring now,” she tweeted earlier this month when the news of a revival was announced. When a fan wrote, “The bodies aren’t even cold yet,” she responded, “Literally. They are somewhere in the WB jungle.”

The Famous in Love creator also reposted a comment from PLL executive producer Joseph Dougherty, who wrote, “We finished three years ago. Our original boots are warm.”

END_OF_DOCUMENT_TOKEN_TO_BE_REPLACED

END_OF_DOCUMENT_TOKEN_TO_BE_REPLACED
We and our partners use cookies on this site to improve our service, perform analytics, personalize advertising, measure advertising performance, and remember website preferences.Ok