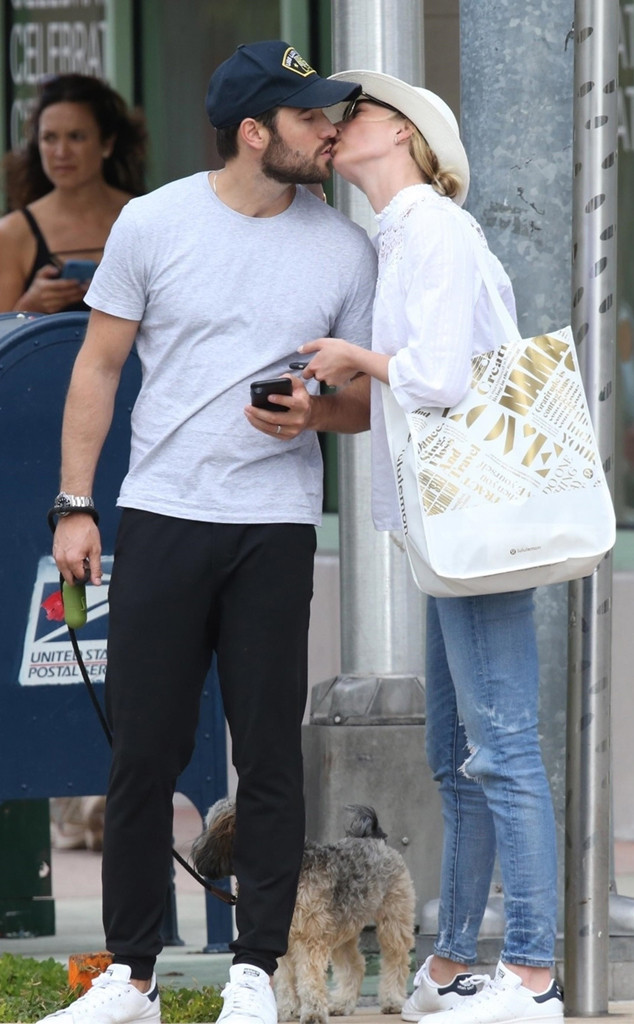 The newlyweds were spotted out in Miami on their honeymoon over the weekend sharing a kiss while walking their rescue dog named Frankie B. Bowman and VanCamp tied the knot on Dec. 15 in a beautiful ceremony in the Bahamas.

They both looked ultra casual and comfortable as VanCamp wore light jeans, a white shirt and hat while Bowman wore black sweats and a gray shirt. The couple even wore the same pair of Adidas Stan Smith shoes!

The bride shared black-and-white photos on her Instagram page from their wedding weekend. In one picture from the nuptials, the two of them are holding hands and raising their other hands in the air cheering. “Thank you to all of our friends and family who made their way to celebrate with us!” she captioned it. “We are eternally grateful.”

VanCamp wore a Lela Rose gown and called it her “dream dress.”

Another picture presumably from their wedding night showed the two of them holding hands and smiling from ear to ear. “So. Much. Joy,” she wrote.

The Revenge co-stars (whose characters also got married on the show) got engaged on May 10, 2017. In January, VanCamp stayed tight-lipped during a chat with E! News about when their wedding would be. “We’re just taking our time with it,” she said at the time.

On the one-year anniversary of Bowman’s proposal, VanCamp posted a photo of the two of them on Instagram and gushed about her love for her now-husband. “Ride or die,” she wrote. “A year ago today I said yes to this man. Wouldn’t want to do life with anyone else.”

According to an interview with Entertainment Tonight, Bowman popped the question while they were on a hike in the middle of a forest.

Congratulations again to the newlyweds!