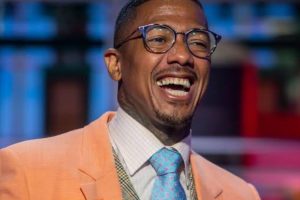 American television host, actor, rapper, and comedian. In television, Cannon began as a teenager on All That before going on to host The Nick Cannon Show, Wild ‘n Out, America’s Got Talent, Lip Sync Battle Shorties, and The Masked Singer. He acted in the films Drumline, Love Don’t Cost a Thing, and Roll Bounce, Nick Cannon has been hospitalized with pneumonia after performing at Madison Square Garden for Nick Cannon Presents: Wild ‘N Out Live.

RELATED: Nick Cannon Pays Over $3 Million in Child Support For His 12 Kids

Cannon took to social media on Friday to share the news with his followers, posting a photo of himself in a hospital bed, per Complex.

“Okay, so I guess I’m not Superman,” he wrote on Instagram. “I promised myself I would never be back at this place again. But this is a great lesson to take care of YOU or YOU won’t be able to take care of everyone else. Don’t trip though, I don’t need any well wishes or prayers, just some solid rest and I will be back on the journey to becoming stronger than ever.

Cannon continued, “It’s just pneumonia, nothing I can’t handle. Crazy thing is, last night we was just rocking a sold out crowd at Madison square garden in front of thousands of fans, now I’m all alone in a tiny hospital room. Life is definitely a rollercoaster!”

The news arrives less than a month after Alyssa Scott, the mother of Cannon’s eleventh child, announced that the pair are expecting their second child together.

READ NEXT: Bob Dylan’s ‘Desolation Row’ Handwritten Lyrics Are Being Sold for $425,000