Between their careers as WWE superstars and their two reality TV shows, “Total Divas” and “Total Bellas,” twin sisters Nikki Bella and Brie Bella, known as the Bella Twins, have both of their lives on display for the world to see.

“I think there’s moments that you just want to be alone and to yourself and breakdown and cry,” Brie Bella, whose real name is Brianna Danielson, said Wednesday on “The View.” “But at the same time, my sister and I were like, ‘You know, we signed up for reality television. The one thing we’re going to allow is to be a completely open book. So through the ups and downs, we’re going to let everyone see that.’”

Brie Bella, who became a first-time parent with her husband and fellow Saudi Arabia” target=”_blank”>WWE superstar Daniel Bryan last year, said it was important to her to share her experiences as a mom.

“I’ll remind myself there’s people out there watching, feeling the same thing as a mom, like being insecure in your new body and trying to find that new confidence and what your new identity is,” said Brie Bella. “Even though it was hard for me to admit a lot of that on television, I know there’s other new moms out there watching being like, ‘Yes, Brie, I’m right there with you. Cheers with our wine, and we’ll drink our mommy juice.’”

Nikki and Brie Bella say their TV shows also helped to reveal how inspirational women in the WWE are as they balance their careers and personal lives. 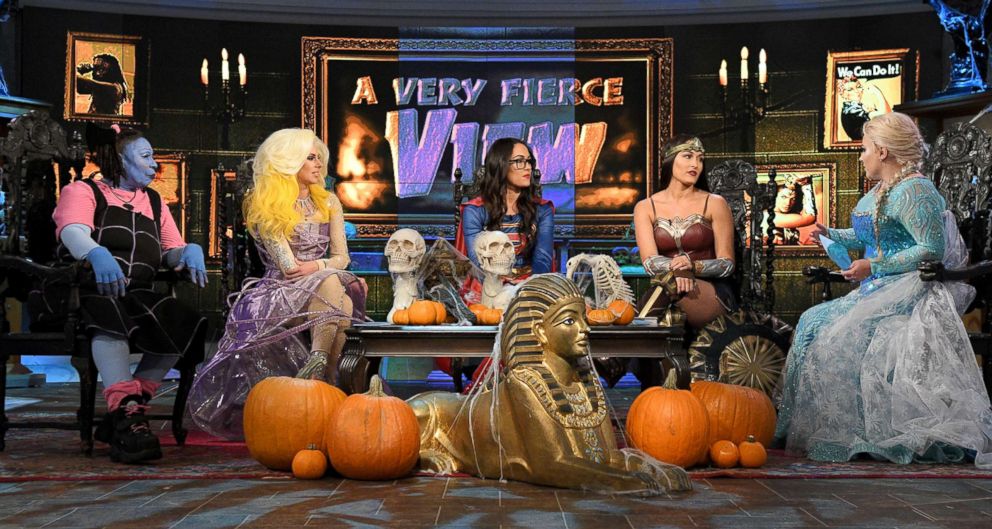 “I think people finally saw how hard the women worked. And I think they were just like, ‘Woah, these women balance their career lives and their home lives, and some are moms,’” Brie Bella said. “Then you’re going out in the ring and kicking butt, and I think it really inspired a lot of mainstream people to be like, ‘Woah, wait a second. These women wrestlers, I need to find out more about them.’”

This past weekend on Oct. 28, the WWE held its first all-women pay-per-view event, WWE Evolution, on the WWE Network. Nikki Bella, whose real name is Nicole Garcia-Colace, called it an important step forward in the global women’s movement.

“For the past few years — you know, whether it was in sports or in business — us women at WWE wanted to be equal too. We were fighting for equality, and we didn’t have that,” Nikki Bella said. “This pay-per-view Evolution marked that for us women. And we were finally equal to the men, that we were considered a WWE superstar just like them. We deserve to be the headline or sell out an event. And that’s what we did. Us women, we sold out.”

Nikki Bella was especially proud after all the years she and her sister spent working towards that moment.

“We’ve worked so hard. Brie and I have been with WWE for 12 years, and I think of the women before us and the women that were there when we were there and the women after us. And we all had to sweat blood and tears and worked for this day, and for me, it was like the biggest achievement I have ever done in my career,” she said.

The Bella Twins said it’s humbling to know they inspire others, especially young girls dressing up as them for Halloween this year.

“It feels surreal. It’s amazing to see that and just know that the people you inspire and what we do outside the ring and inside the ring. I mean, it truly is amazing,” said Nikki Bella.

“And you know, it kind of puts you in check every year that you’re a role model, when you see all these little girls dressing up like you. And it just makes you want to continue on being that role model,” said Brie Bella.