Nitram and The Newsreader win big at 2021 AACTA Awards

Warning: This story contains the name and images of a deceased Indigenous person. 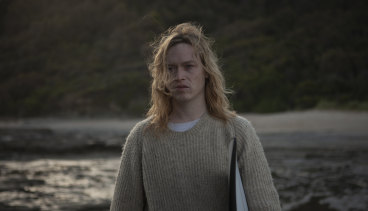 It won best film and director, and all four acting prizes at the Australian Academy of Cinema and Television Arts Awards at Sydney Opera House on Wednesday afternoon.

An emotional ceremony saw the late David Gulpilil, the great Indigenous actor whose image was to be projected on to the building’s sails once it was dark, honoured twice.

It had already been decided that Gulpilil would receive the prestigious Longford Lyell Award for his contribution to the film industry. Given his ill health since being diagnosed with lung cancer four years ago, he accepted it ahead of the awards in South Australia, where he was living, a month ago.

Looking frail saying a brief thanks on video, Gulpilil was given a standing ovation by the audience – the last in a celebrated acting career that started with Walkabout 50 years ago.

Just nine days after his death at the age of 68, he won another award as a producer when Molly Reynolds’ My Name Is Gulpilil, which shows him talking movingly about nearing the end of a life of extremes, won best documentary.

Among those paying tribute to him was Indigenous writer, actor and director Leah Purcell who remembered, before the awards, how she saw “Uncle David” in Storm Boy as a child and was “mesmerised by his movement, gestures and how he could tell a story through his eyes”.

She described him as “an inspiration, a teacher, a Songman of the highest order and a man of deep culture”. 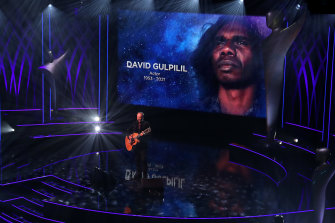 Steve Kilbey performing Under the Milky Way during the In Memoriam segment of the AACTAs. Credit:Mark Metcalfe/Getty Images for AFI

In the television categories, the ABC’s The Newsreader, set in a 1980s television newsroom, won five awards including best drama series. Anna Torv, who played a star newsreader, won best lead actress in a drama and William McInnes, who was the newsroom’s bullying boss, won best supporting actor.

And after the ABC’s Fisk won best narrative comedy series at the earlier Industry Awards, co-creator Kitty Flanagan, who plays a fallen lawyer forced to take a job at a shabby suburban firm, was named best comedy performer.

The risk of making a film about the troubling events leading up to the Port Arthur massacre was vindicated when Nitram triumphed. It was shot largely under the radar in Victoria rather than Tasmania given the continuing sensitivities around the tragedy. 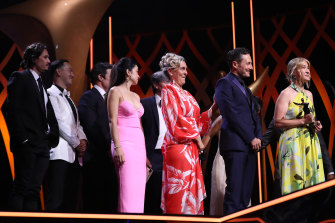 The cast and crew of The Newsreader accept the AACTA Award for best drama series on Wednesday. Credit:Brendon Thorne/Getty Images for AFI

While Tasmanian Premier Peter Gutwein was among those who raised concerns about the film after learning it was being made, Nitram was seen as a sensitive and tough-minded drama about the need for gun control – winning a best actor award – when it premiered at the Cannes Film Festival.

Anthony LaPaglia, who played his father, and Essie Davis, who was a troubled heiress who befriends him, claimed the supporting acting awards, with Nick Fenton winning best editing.

Kurzel, who had previously won best director for anther disturbing drama in Snowtown, said it took courage to make the film and thanked those who backed it. Rather than feeling elation or triumph, he said after the awards that he would always be aware of the sensitivity of telling the story and described Nitram as “a really tough film” to make.

“I definitely felt tense about it but I’m really honoured that the industry tonight felt as though it was a film that opened up an important conversation about gun reform in Australia.” 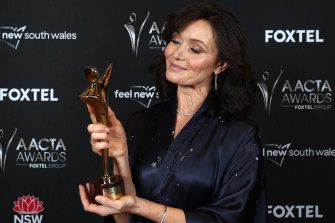 Nitram draws attention to the fact there are now more guns in Australia than at the time of the massacre, despite a crackdown afterwards. Kurzel believes reform is required again.

“What happened back then in terms of gun reform was unbelievably important and I was as shocked as anyone else to find that those rules had been softened,” he said. “We need to make sure Australia into the future has the tightest gun reforms in the world.” 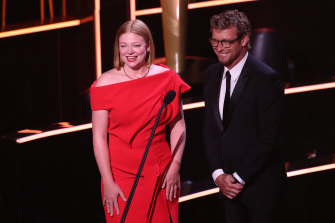 Sarah Snook and Simon Baker presenting an award during the ceremony. Credit:Mark Metcalfe/Getty Images for AFI 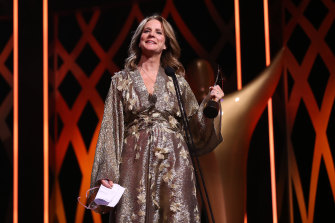 After writing and starring as a suburban hitman in all 26 episodes over three seasons – his only credits other than the 2005 short film that inspired the series – Ryan won best lead actor in a TV drama and best TV screenplay.

AND THE WINNERS ARE… 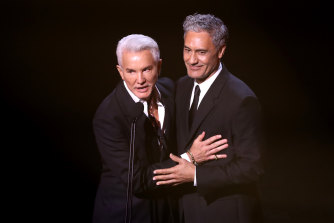