No false notes in tale of family reunited by grief 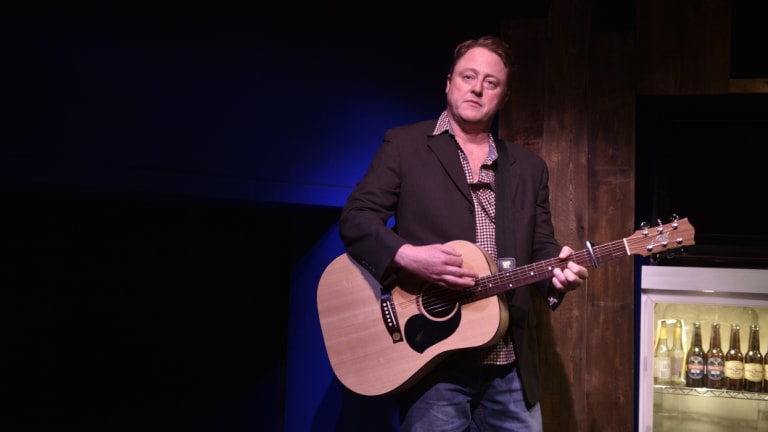 Shows billed as "plays with songs" can be awkward creatures. Unlike musicals, the work is complete (or nearly complete) without them, and the music doesn't need to work dramatically as an extension of dialogue or character. 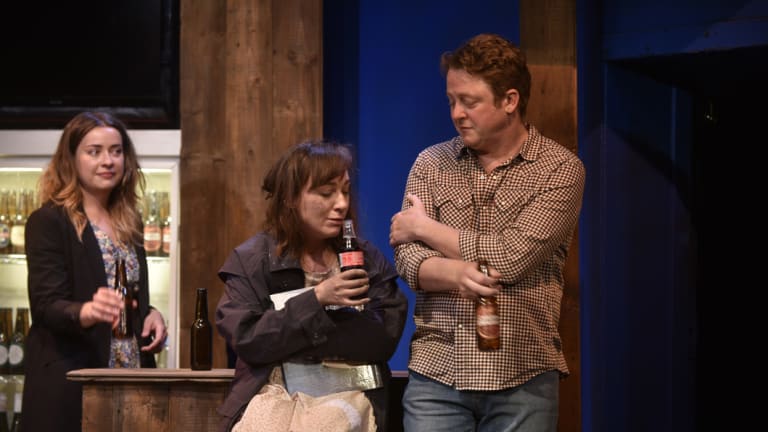 The creative freedom also encourages a certain weirdness, but that isn't necessarily displeasing. Think of Poor Boy, the supernatural drama starring Guy Pearce with songs by Tim Finn, with which the MTC opened the Sumner in 2009 and is now being turned into a film; or Timeshare, a quirk-filled Lally Katz comedy, with Marg Downey, set on the international date line. 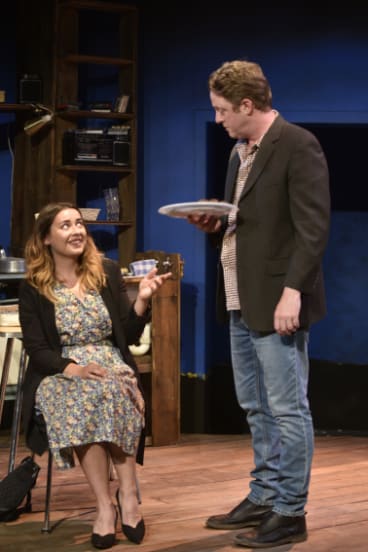 Jane Bodie's Lamb plays with a straighter bat. The elegantly crafted three-hander delivers intimate and textured domestic drama, drawing an intricate study of grief from the reunion of three adult siblings in the aftermath of their mother's death.

We meet Patrick (Simon Maiden) singing to an empty room after everyone has left the funeral, his sister Annie (Brigid Gallacher) joining him. The two have led very different lives: Patrick stayed on the sheep farm they were raised on, while Annie left for the city and became a famous singer-songwriter.

Complicating their tensions, frustrations, camaraderie and nostalgia is the aching vulnerability of their older sister Kathleen (Emily Goddard), who lives with an intellectual disability and whose future is uncertain.

The fragmented portrait of them struggling with loss, and coming together in the face of it, yields in the second half to a hidden part of their parents' story that echoes into the present in unexpected ways.

It's no surprise Maiden has been cast in the next big Broadway hit to come to Melbourne, Come From Away – his taciturn country bloke, dutiful and bound to the land, is played with nuance and conviction, and he has a soulful voice ideal for Hunters & Collectors frontman Mark Seymour's songs, which tend to swell into the action poetically, as emanations of feeling unable to be expressed any other way. 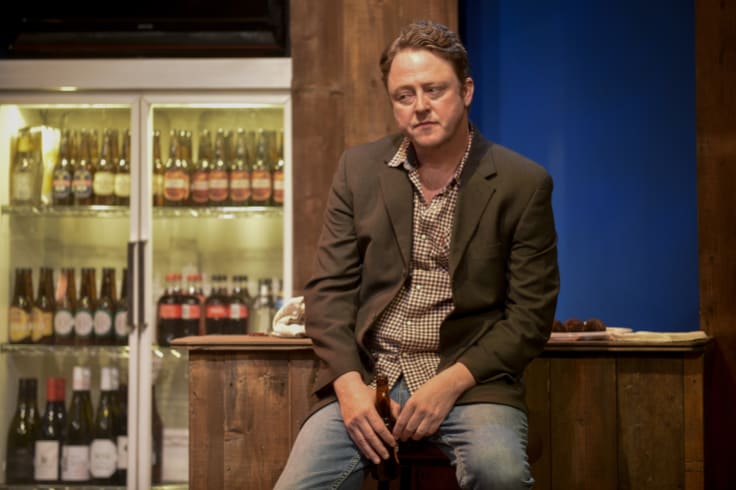 Gallacher is a bit miscast as a rising star of the Australian music industry (even one who's lost her nerve), but strong as the mother in flashback sequences. Goddard gives a moving performance that doesn't cut corners or skimp on the pain.

Director Julian Meyrick composes everything at a gentle pace, combining an elegiac stage picture, Seymour's music, and sympathetic portrayals that don't lose too many sharp edges to sentiment.