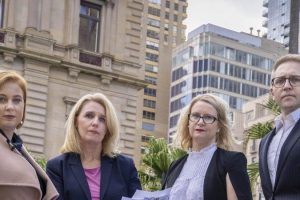 Tim Pallas looks certain to unveil a pathway back into the black for Victoria’s public finances in his seventh state budget on Thursday.

It doesn’t have to be this year, next year or even within the four-year budget estimates horizon, but after everything we’ve learnt in the past week, the state Treasurer now has no excuses for not producing a credible road map back to surplus. 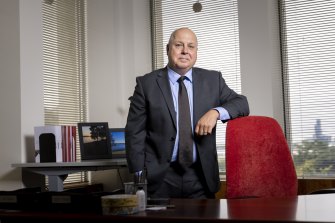 Pallas’ recent moves show every sign that he has decided the repair job on Victoria’s COVID-battered budget must begin this year and he’s prepared to take a no-more-Mr-Nice-Tim approach to get the work started.

With the $2.4 billion in property tax hikes announced on Friday evening, nearly a week out from Thursday’s budget to let the backlash blow over before showtime, he really annoyed some seriously cashed-up people.

All four of the property sector’s lobby groups got together on Monday to voice their displeasure and indicate they were planning a major campaign, against the increases to stamp duty and land tax as well as the new windfall profits tax, which would run all the way up until next year’s state election if necessary.

Pallas also put the public servants’ union yards offside with his pledge to rip $3.6 billion out of departmental spending, refusal to rule out job losses and vow to put the brakes on the growth of the states’ wage bill, although we’ve heard that last bit a few times already.

And it’s hard to imagine the crusty old gents of Melbourne’s exclusive all-male clubs being thrilled about Tim stripping tax concessions, worth about $250,000 a year, from their posh premises.

In news that nobody is complaining about, last week’s federal budget showed Victoria would be about $6 billion better off from its share of GST receipts than expected over the next four years, as Australia’s turbo-charged recovery set the nation’s eftpos machines pinging.

Last year’s budget papers predicted unemployment would average 7.75 per cent across this financial year, but, nine months in, the figure is 6.6 per cent and falling and could well land somewhere in the low sixes for the year.

That will do a lot to ease the $1.5 billion worth of pain Pallas is bracing for on payroll tax, his second biggest earner after GST.

Before the pandemic, Treasury and Finance were looking forward to more than $6.2 million in stamp duty receipts this year but then prepared themselves for a $1.7 billion writedown.

We won’t see the figures until Thursday, but they are certain to be much, much better than the prediction in last year’s budget, which was mostly prepared with Melbourne still in the grip of its long lockdown.

Even Victoria’s failure to kick its pokies habit during the COVID crisis is playing to the advantage of the Treasurer with losses to the machines higher in the first months after lockdown than pre-pandemic levels and Crown Casino operating again and sending more tax dollars to Treasury Place.

Up to this point in the pandemic the economic response from the states and the Commonwealth has been pretty much the same: borrow and run deficits to keep spending your way out of trouble for as long as you have to and worry about surpluses later.

But if Pallas, as expected, begins moving on Thursday towards a surplus, even if it is years away, it will represent a parting of the ways, according to independent economist Angela Jackson.

“What we saw with the federal government was that there would be no return to a surplus as far as the eye can see, even 10 years out we can see that there are still significant deficits at a federal level,” Ms Jackson told The Age.

“I expect [Victoria] to go as far as they need to go to show, probably in the medium term, a return to surplus.

“It will be hard, I would imagine, to get back there within the forward estimates but certainly within five to eight years at the maximum, they’ll show that return to budget balance. For the credit rating of the state, it’s critical.”

Victoria’s credit rating from the two major agencies, Moody’s and S&P, was downgraded following the 2020 budget’s projection of record debt and deficits.

RMIT economics professor David Hayward says that states should be feeling more urgency than the Commonwealth, which has more options for raising money, to get their budgets repaired but also argues the unusual circumstances of this year’s budget offer Pallas a rare opportunity for lasting structural reform to the tax base.

“He’s got a wonderful moment and you need to take opportunities like this to change things and change them for the better. Easy money days are not typically the times when that happens so [the Treasurer] has got to use this time to drive forward reforms.”

Our Morning Edition newsletter is a curated guide to the most important and interesting stories, analysis and insights. Get it delivered to your inbox.