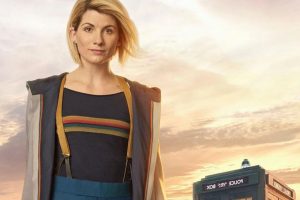 According to Conservative MP Nick Fletcher, the arrival of “female replacements” in shows such as Doctor Who is leading young men to commit crime. It’s yet more tiring proof of a culture which continually excuses male violence, says Christobel Hastings

In the world of entertainment, the rise of complex, relatable female characters over the past few years has been a joy to witness. At long last, the historic overrepresentation of straight, white cisgender men in TV and film is changing, and our screens are getting the diversity we deserve; which is why, when game-changing characters like Jodie Whittaker’s Doctor Who, or the all-female line-up of Ghostbusters come along, we understandably get very excited.

The emergence of a nuanced on-screen womanhood is not something, however, that Conservative MP Nick Fletcher finds worthy of celebration. In fact, according to the MP for Don Valley, casting women in roles traditionally occupied by men, such as in Doctor Who or the James Bond franchise, risks driving young men to commit crime.

“Everywhere, not least within the cultural sphere, there appears to be a call from a tiny yet very vocal minority that every male character or good role model must have a female replacement,” Fletcher began.

“In recent years we have seen Doctor Who, Ghostbusters, Luke Skywalker, the Equalizer all replaced by women, and men are left with the Krays and Tommy Shelby,” he bemoaned to murmurs of approval. “Is there any wonder we are seeing so many young men committing crime?”

“These programmes make crime look cool. Trust me, a lifetime in prison is not cool and neither is living with the memory of a stabbed son or daughter.”

Fletcher’s claims are deeply problematic, not least because he diverts attention away from facilitating a discussion around the very real issue of male violence with talk of fictional TV characters. With the news cycle continually bringing reports of senseless acts of violence against women and girls, the occasion of International Men’s Day could have been a great opportunity to address the culture of male violence in our society, which manifests in sexual harassment, assault, rape and murder, with the overwhelming majority of those offences committed by men.

The severity of this issue, incidentally, is why we launched Stylist’s campaign A Fearless Future, calling on the UK government to fund an ongoing, high-profile, expert-informed public awareness campaign about male violence against women and girls.

As Katie Russell, national spokesperson for Rape Crisis England & Wales, told Stylist earlier in the summer, eradicating male violence relies on shifting the attitudes of men. That’s hard to do, though, because of the “sexist, misogynistic and victim-blaming culture in which we live.”

When Fletcher spoke about young men committing crime, he could have taken the opportunity to shift the culture in a meaningful way by addressing the lack of accountability from men. He could have used his platform to highlight the appalling conviction rates for male violence. He could have raised his voice and challenged the sexism and misogyny that is a facet of everyday life for men and boys in our society. He could have actually spoken about the positive impact of representation, or celebrated the women in our society –or his life –who are doing amazing things.

But Fletcher’s main concern was female fictional characters on our TV screens.

It’s been a devastating year for male violence against women. The kidnap and murder of Sarah Everard. The murders of sisters Bibaa Henry and Nicole Smallman. The murder of Sabina Nessa. And just this week, the shocking news that a man has been charged with the murder of 18-year-old Bobbi-Anne McLeod are just a few of the cases that have made national news this year.

While the murders that made headlines this year were the culmination point of extreme male violence against women, they didn’t materialise out of nowhere. They were born from a culture which normalises toxic attitudes and beliefs about women. A culture which permits men to make throwaway comments about women and passes them off as harmless banter. A culture which excuses and enables until it’s too late.

In a subsequent tweeted statement, Fletcher said that his argument “in no way linked Dr Who being a female to crime being committed by men”.

“Boys need positive male role models, and that is a point I will continue to reiterate and never apologise for making,” he continued.

But Fletcher’s speech wasn’t merely about the importance of positive male role models for boys. Nor was it a “rather nuanced point” as he suggested afterwards. When you reel off a list of shows which have “female replacements”, then conclude that it’s driving young men to commit crime, the message is clear: it is women’s fault that men are doing bad things.

But we whole-heartedly reject that idea. Women are not responsible for male violence, and we will continue to advocate for clear dialogue, accountability and systemic change so that every woman can live free from fear.

Stylist’s campaign A Fearless Future is working to change the attitudes behind male violence against women and girls. Join us to help make it a reality.