Home » Lifestyle » No walking the plank, hooks or peg legs: What colonial pirates were really like

No walking the plank, hooks or peg legs: What colonial pirates were really like

Along the waterfront in Salem, Massachusetts, yacht owners hoist a familiar black flag while nearby visitors linger at a museum for the men who once sailed under the skull and cross bones.

After years of researching pirates, author Eric Jay Dolin has come around to a theory about why so many Americans seem to love them.

“Perhaps there’s something exciting about the anarchy of going out in the open ocean, making your own way, plundering at will, drinking when you can. … I mean, there’s an exciting element to it,” Dolin told CBS News’ Tony Dokoupil. “The reality, unfortunately, was not quite as exciting.”

In his new book, “Black Flags, Blue Waters,” Dolin tries to set the record straight: no walking the plank, no hooks or peg legs – that he’s aware of – and no burying treasure, which he called an “enormous myth.” He decided to write the book after pitching the idea to his kids. 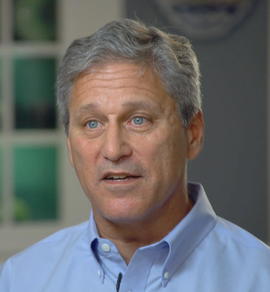 “Immediately, their eyes lit up. They got totally excited and they said, ‘Dad, you have to write about pirates.'”

“Pirates of the Caribbean” character, Jack Sparrow, may be a myth. But Dolin digs up a real history that sparkles much the same: a story of what you might call American pirates – born, bred and even celebrated here in the 1600s. According to Dolin, early American colonialists were fans of pirates because they were the fathers, sons and brothers of people in the colonies.

He said these pirates from modern America sailed for the Indian Ocean, where they’d attack ships traveling between India and the Red Dea ports of Jeddah and Mocha.

“And the colonists welcomed them with open arms because they were attacking quote/unquote, ‘heathens, and, infidels, Muslims,’ halfway around the world and bringing that treasure back to the American colonies,” Dolin said.

Other pirates commuted between the East Coast and the Caribbean. Many even returned to the colonies with their riches and became upstanding members of the community.
“A lot of them, yeah, because money talks, back then as today. … Pirates were plundering mainly Spanish ships in the Caribbean. They enriched the colonies at a time when the colonial life was rather severe and currency starved,” Dolin said.

Most of this piracy happened without as much bloodshed as you might think. Instead, they relied on intimidation.

“They would run up the Jolly Roger or the black flag, and most merchant ships, instead of fight, would surrender and give over their wealth,” Dolin said.

But in reality, Dolin said, pirates risked their lives for what were typically paltry sums. Most of them ended up losers – even Blackbeard.

“He’s somebody who is held out as the archetypal pirate. But his career was only about a year, year and a half long. He didn’t end up with a huge amount of treasure and in the end, his head was severed by lieutenant Robert Maynard,” Dolin said.

Piracy in the Atlantic peaked in the early 1700s, a so-called golden age when as many as 4,000 sea-robbers plied the ocean blue. When they stepped up attacks on English ships, however, the Royal Navy cracked down and this time the colonies joined in.

“There were 68 hangings of pirates from Charleston to Boston in the 17-teens. And from a broader perspective, there were probably more than 400 pirates that were hanged. So essentially, it became a slow war of attrition,” Dolin said.

Pirates lost that war, of course, but they rose again in our imaginations. The earliest popular account is from 1724. Charles Johnson’s “A General History of the Pyrates.”

“And then, of course, when Hollywood got a hold of piracy, especially when Robert Newton played Long John Silver and Blackbeard in Disney movies, that’s when we started to get our true image of pirates,” Dolin said.

Today, pirates are the face of sports franchises and still rank among the most popular Halloween costumes. Perhaps letting some people live the pirate’s life, but not Eric Jay Dolin.

“I love the mythology as much as the next person. But I did not find anything romantic about it except in the legends that were woven long after the pirates disappeared from history’s stage.”

Dolin said he did find something worthwhile in the way pirate ships operated as democracies. Captains were picked by popular vote, all pirates were equal and there was even an early form of disability pay for pirates injured on the job.