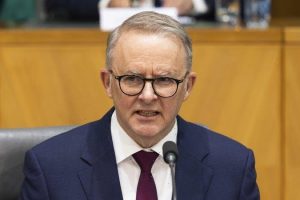 Global markets have just set off an alarm that Prime Minister Anthony Albanese and Treasurer Jim Chalmers cannot ignore when they have to choose between sound economics and safe politics in the October 25 budget.

The shaming of British Prime Minister Liz Truss over her tax cut plan is a reminder of the power of financial markets to take down a policy by delivering a simple verdict in a language everyone understands – money. 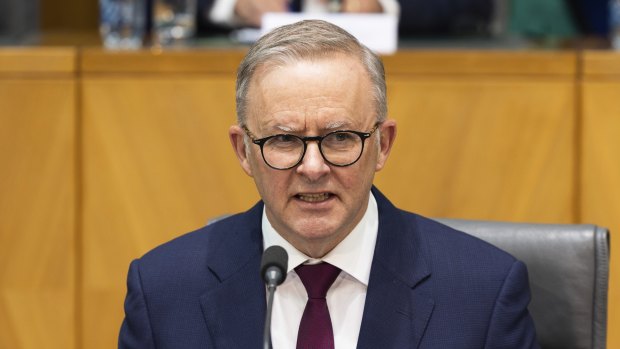 Investors not only dumped the pound but stopped buying government bonds at the height of the crisis last week.

The parallel with Australia is inevitable because the stage three tax cuts in this country also deliver generous benefits for workers on higher incomes and are also funded by debt.

Nobody wants to be the next Liz Truss. Every political leader is now on notice to exercise extreme caution when unveiling a policy that assumes global investors will happily sign up for more sovereign debt.

The financial turmoil sends Albanese and Chalmers into a political whirlpool. They cannot wave away the size of the Commonwealth debt ($889 billion in gross terms on Tuesday) or the growing cost of the loan repayments ($21.5 billion this year, rising to $22.6 billion next year).

Labor supporters will complain about the unfairness of this predicament, given the Coalition oversaw an increase in debt from $310 billion after it took power in 2013, but Albanese and Chalmers have to deal with the reality of the world as they find it: high inflation, rising interest rates, soaring energy costs and the prospect of a global recession. Fairness means nothing to a global bond dealer.

There is a difference between the tax cut proposals in Britain and Australia. Truss surprised the markets and sidelined the Office for Budget Responsibility. In contrast, the stage three plan is old news: former prime minister Scott Morrison and treasurer Josh Frydenberg got the package through parliament last year. The cost is already factored into calculations about Commonwealth debt.

This might lead federal cabinet ministers to stick with the stage three tax cuts or at least postpone a decision until a later budget. After all, the cuts do not start until 2024 and can be reconsidered in the budget next May, the mid-year update at the end of next year or even the budget in May 2024.

Whatever happens, scrapping stage three was and is an unlikely option. Some of the benefits go to workers on incomes as low as $45,000, so the argument is about scaling back the gains for the wealthy rather than stopping them for everyone.

Some cabinet ministers believe it is too late to change the tax cuts. In their view, a promise is a promise. The fact that workers on more than $180,000 receive about half the entire tax cut by dollar value – a finding from the Australia Institute – has not changed this. For these ministers, it is not about whether the tax cuts are fair but about whether they were an election pledge.

Until now, the great danger for Albanese was the pressure from the left to get him to cancel or amend the tax cuts because they went to the wealthy. The left was basically egging on the prime minister to break a promise with no regard to the likely damage to his authority or his chances of winning the next election. This was an offer the prime minister could easily refuse.

Last week changed the debate. By giving Truss a drubbing in London, financial markets sent a message to national leaders everywhere about the old assumptions about paying for tax cuts with debt.

Chalmers sent a clear signal on Tuesday that he heard that message. “We do need to make the budget more responsible, more affordable, more sustainable,” he said. The stage three cuts would fail those tests. The political cost of a broken promise is still significant but the economic case to amend stage three is now much, much stronger.