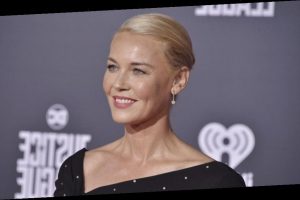 Nordic Entertainment Group is in the process of selling NENT Studios UK, a little more than a year after the production and distribution business was established.

The studio, which is currently in production on Viaplay/Channel 4’s Connie Nielsen and Christopher Eccleston drama Close To Me, has received 20 expressions of interest. Formal offers are expected shortly.

The sale process is being overseen by NENT Studios UK CEO Richard Halliwell, who said the outfit is seeking a new owner or investment partner “to support our high ambitions and exciting plans for growth.”

He added: “We have a bright future as we move into 2021 and will use this period of change as a fresh opportunity to reinforce our position as a robust, innovative and vital player in the international content landscape.”

NENT Studios UK was created by Nordic Entertainment Group in October last year by reinventing distribution business DRG. It was rebranded as NENT Studios UK in April 2020 and aims to retain this name.

As well as Close To Me, the studio has another series that has been fully financed and is on the brink of being greenlit. It added that it has 15 projects in paid development and an internal slate of 40 further shows.

Nordic Entertainment Group is offloading NENT Studios UK, along with a number of other production businesses, as it focuses on growing its Viaplay streamer.

END_OF_DOCUMENT_TOKEN_TO_BE_REPLACED

END_OF_DOCUMENT_TOKEN_TO_BE_REPLACED
We and our partners use cookies on this site to improve our service, perform analytics, personalize advertising, measure advertising performance, and remember website preferences.Ok