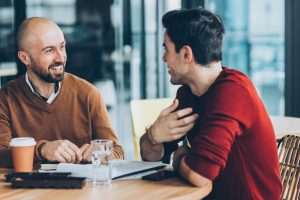 NSW government ministers have been reportedly told to avoid using the word “mate” as part of new workplace behaviour advice.

The Daily Telegraph revealed on Sunday ministers undertook Respect at Work training sessions during the week.

Perrottet government ministers were advised not to use the word “mate”, ban drinking alcohol in the office and not to yell at staff.

“I use ‘mate’ all the time – it’s as ­Australian as you can get. How can it be offensive?” one minister told The Daily Telegraph.

Some people who attended described the training as “PC insanity” with other unnamed ministers also criticising the course.

A critical part of the training was ensuring that allegations of sexual assault are reported appropriately.

The two-and-and-a-half-hour modules were run by an external “diversity and inclusion” consultant.

The training came after a review into bullying and harassment by former sex discrimination commissioner Pru Goward.

Banter and gossip were deemed a no-no, while ministers were also told to invite everyone in the office if heading out for lunch or after-work drinks.

Veterans Minister David Elliott took issue with the alcohol ban, saying he keeps a bottle of whiskey in his office to “placate (his) parliamentary colleagues”.

Delegating the work of a “junior” staff member to a more “senior” person can now we be construed as bullying.

The Respect at Work training sessions are expected to be run regularly.

Earlier this year a US university language guide described everyday words used by Americans as “problematic.”

The University of Washington information technology department released an “inclusive language guide” that lists a number of “problematic words” that are “racist,” “sexist,” “ageist,” or “homophobic,”

According to the guide, words such as “grandfather,” “housekeeping,” “minority,” “ninja,” and “lame” are considered “problematic words.”

A Lake Superior State University in Michigan has also compiled a list of banished words to “uphold, protect, and support excellence in language”.