An obese woman has told how she was shocked into losing 14 stone when she struggled to fit into her seat on a plane ahead of a girls’ holiday.

Claire Murray, 35, from Glasgow, who piled on the pounds thanks to a diet of sausage rolls and crisps, said that at her heaviest she was once told by a man: ‘You’d be pretty if you weren’t so fat’.

The former store manager ignored the cruel comments, but struggling to squeeze her bottom into her plane seat on board a flight to Turkey in 2015 proved the final straw, and she vowed to turn her life around.

The super slimmer, who is now a size 10, turned to weightlifting to help shed the pounds – and had a £6,000 tummy tuck to remove a stone of excess skin.

Now Claire is so passionate about fitness she runs a gym – and says ‘I absolutely love my body’. 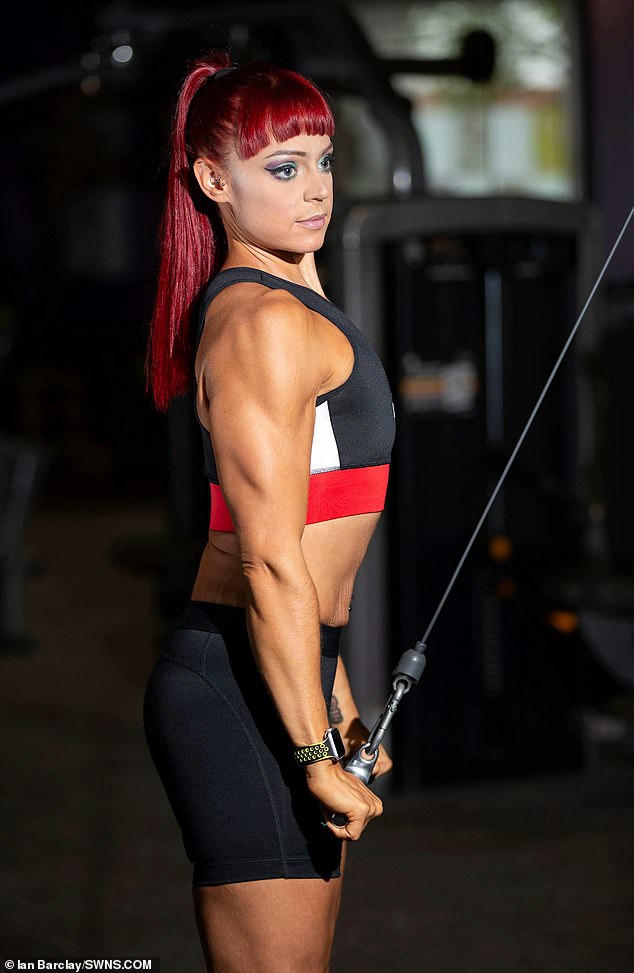 Claire Murray, 35, from Glasgow, saw her weight rocket to 24 stone after bingeing on unhealthy foods but turned her life around when she began lifting weights at the gym 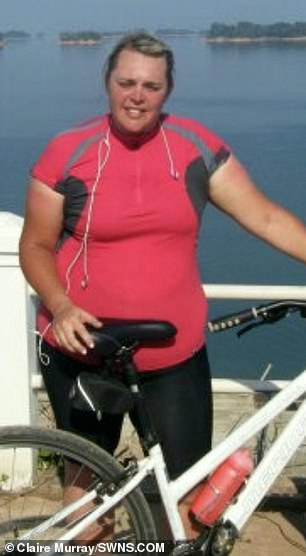 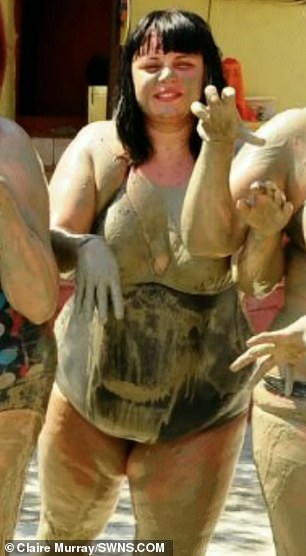 The former phone shop worker piled on the pounds on a diet of sausage rolls and crisps, but when she went on a girls holiday to Turkey and found she couldn’t fit properly in the plane seat she vowed to change

Claire hit the gym as soon as she got home and started running and attending spinning classes that helped her shed nine stone in just ten months.

But she was left with heavy skin around her stomach that she struggled to shift and chose to spend £6,000 on surgery to have the flab removed.

Inspired Claire got a job running a gym – losing three more stone – and now boasts huge muscles and can deadlift 120kg, which is 18 stone.

Claire, from Glasgow, said: ‘I was bingeing on savoury and fatty foods.

‘One man even said “you would look so pretty if you weren’t fat”.

‘I never thought I weighed that much and completely ignored it until I went on holiday.

‘I boarded the plane on holiday in June 2015 to turkey with two of my friends but to my horror – I couldn’t barely squeeze my bum into the plane seat.

‘It was at that moment that I thought to myself that I needed to change my habits and I desperately needed the urge to join the gym.

‘I absolutely love my body now and I now inspire others to help them shed the pounds.

‘This is the hardest thing I ever done in my life – but I don’t regret a minute of it. 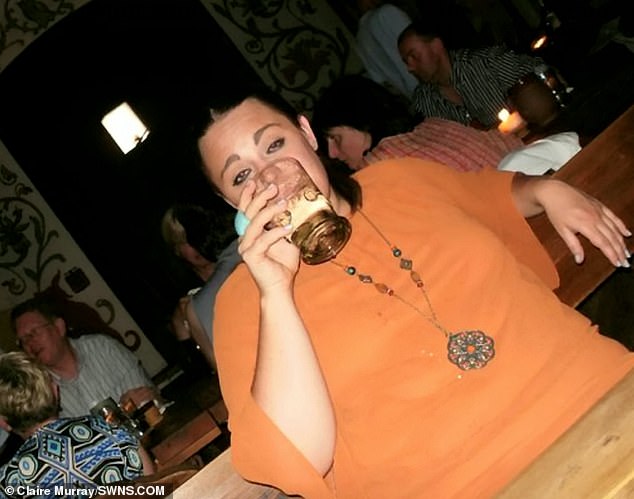 Claire said even cruel comments from strangers telling her she would ‘look pretty if she wasn’t fat’ didn’t stop her from gorging on food, and says now she loves her body 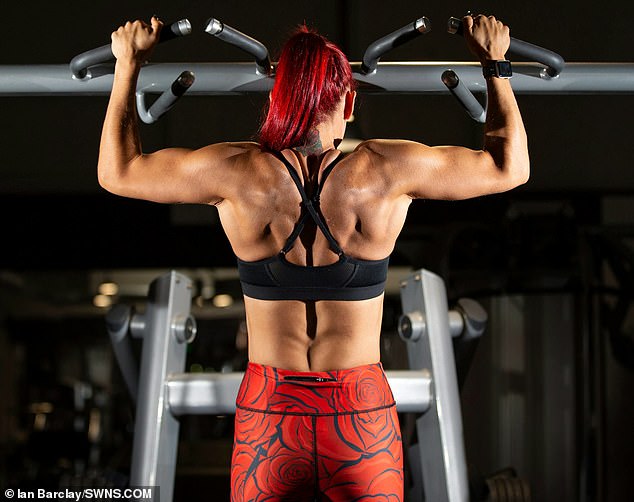 Now Claire, who works a gym manager in Glasgow, can deadlift 120kg, which is 18 stone, and eats a healthy and balanced diet to keep the weight off

Claire was working as a store manager for O2 when she struggled to fit into her plane seat in June 2015.

She admits she felt so insecure about her body she struggled to walk through the gym doors – but started going five times a week.

‘After six months, I even went running at 4.30am in the morning for 10k which was extremely difficult then straight for a second run after work about 6pm,’ she said.

‘This was followed straight after by a one-hour spin class.

‘The working out got to point where some of my friends decided to distance themselves from me because of my dedication to the programme.’ 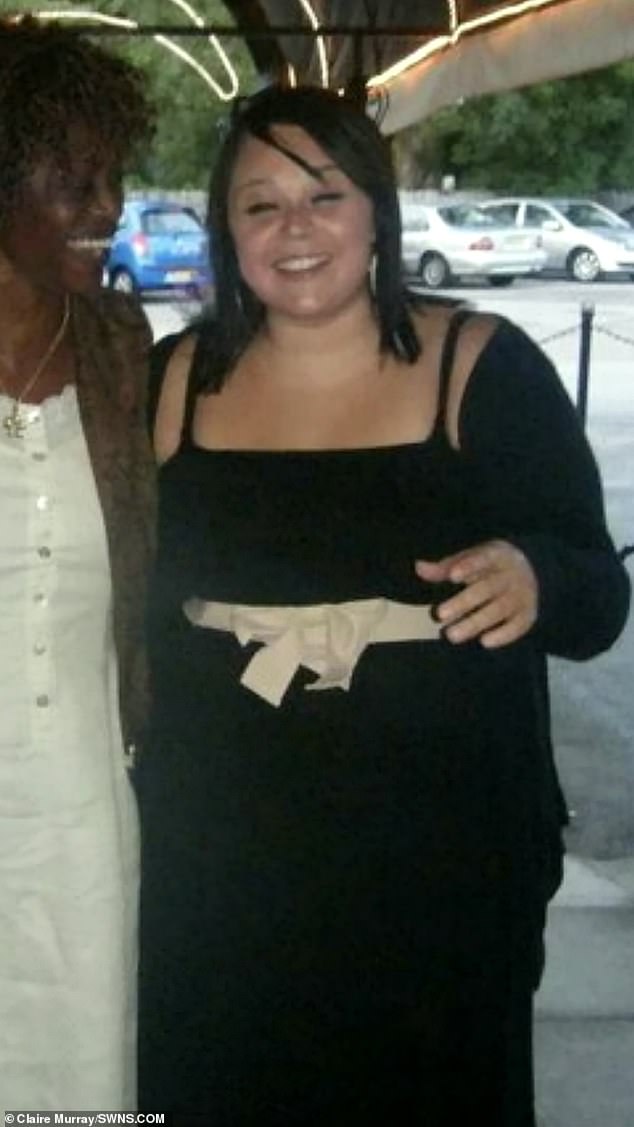 Claire said that after the holiday she vowed to change and began regularly attending the gym, she became so dedicated to her exercise routine that she said some of her friends began to distance herself from the super slimmer 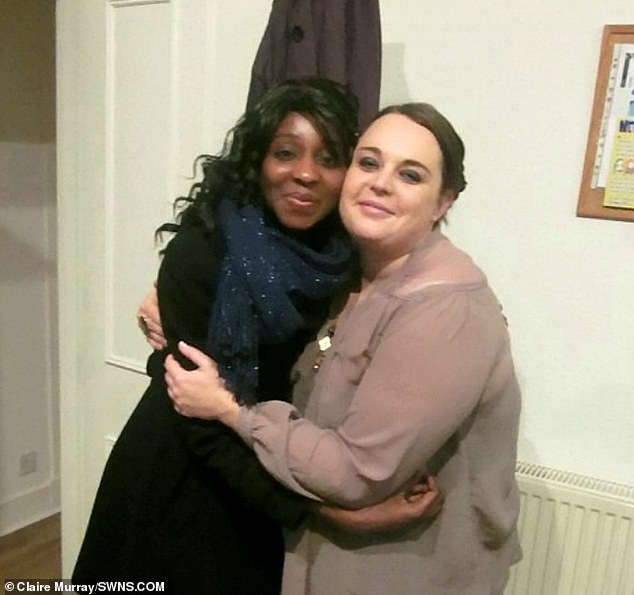 After ten months Claire had lost almost nine stone but was struggling to shift the extra pounds, so she decided to consult her GP and spent £6,000 on getting a stone of excess skin removed

After 10 months she had lost almost nine stone – an average of 8lb a week.

‘I couldn’t believe it, I was shedding all of this weight and my body shape began to change drastically,’ Claire said.

‘I felt like I was on winning weight streak and the exercise was having a big impact.’

But she was struggling to lose more weight due to excess skin, and her GP said surgery was the only option.

Claire said: ‘I felt uncomfortable inside because of the appearance.

‘When my GP said that surgery would be the only option, I was extremely determined to get this done.

‘My parents warned me how serious the operation was but I really wanted to see an improvement to my body.’ 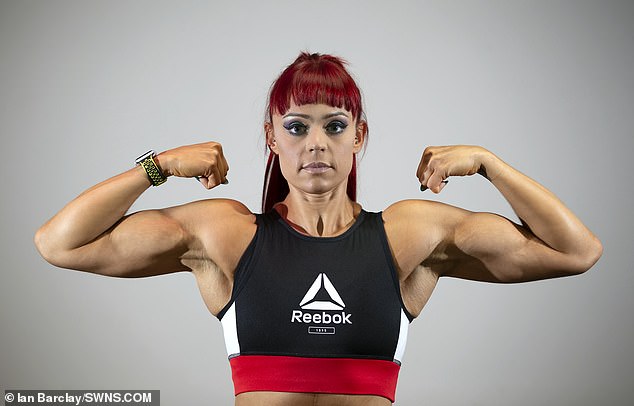 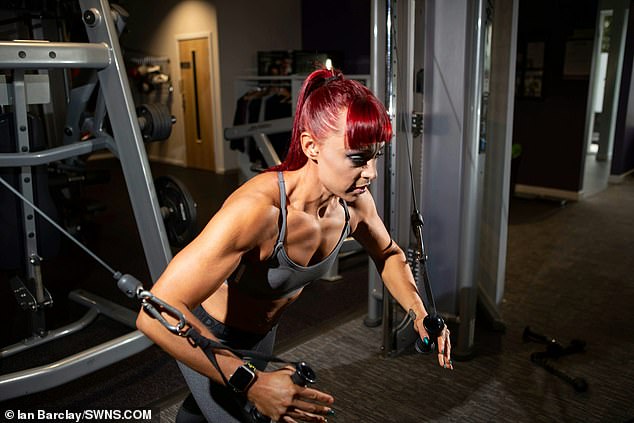 Claire, who lost a further three stone, added: ‘If you have the confidence to achieve something like this, then you should certainly go for it.’

She paid £6,000 to have a seven-hour tummy tuck at BMI Albyn Hospital in Aberdeen in June 2016, when surgeons removed a stone of flab.

She was impressed with the results and started doing five days a week of resistance training focusing on free weights and deadlifts.

Claire said: ‘I felt extremely good and it was how I was shaping my body – my confidence kept growing all of the time.

‘After three months, I could deadlift 120kg and now look super fit.’

Claire finally landed her dream job in June 2017 as a general manager of Anytime Fitness in Glasgow.

‘It was a hard process but showing off my physique and how I embraced my body managed to help me secure my dream job.’

‘My secret is a healthy balanced diet – a clean protein source such as chicken and steak.

Claire, who lost a further three stone, added: ‘If you have the confidence to achieve something like this, then you should certainly go for it.’