Home » Lifestyle » O'Dwyer is the best women's minister in five years, but still …

O'Dwyer is the best women's minister in five years, but still …

A few months out from a federal election and the Coalition is doing one thing much better than it did when it was elected.

It’s much much better at picking a Minister for Women. 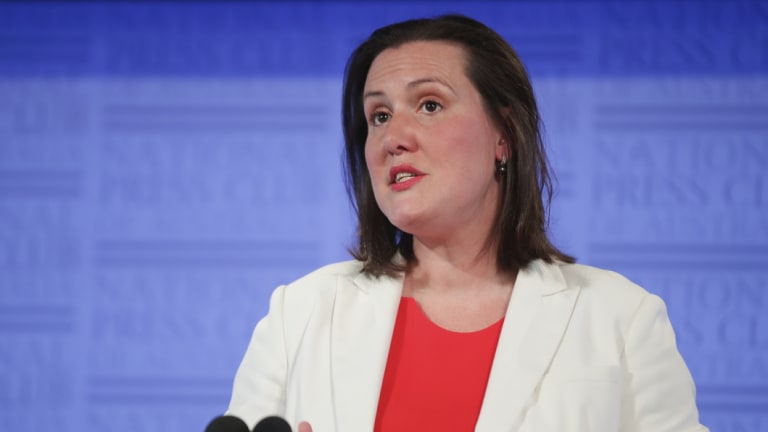 Minister for Women, Kelly O’Dwyer, advised women not to be defined by victimhood.Credit:Alex Ellinghausen

Who would have guessed that five years in, this government would be happy to put its name to an Economic Security Statement for Women? Or that it would actually do something useful about domestic violence?

Yesterday, the third Minister for Women in five years revealed brilliant changes to parental leave; emergency access to superannuation in cases of domestic violence; and a new scheme to give loans to women fleeing violence.

Of course, every single one of those improvements has a risk or three; but swear to god, an improvement on what we have now. The only way the parental leave flexibility could be better is if we could save some for when our kids get to year seven.

So big props to O’Dwyer for recognising these problems. She’s far better than her predecessor Michaelia Cash.

O’Dwyer must know it’s not always possible to call out bad behaviour. And even if you do … absolutely nothing will be done to fix it.

And far far better than Tony Abbott who I’m pretty sure only gave himself the title to tease his daughters and to annoy the hell out of us.

But in her speech at the National Press Club on Thursday, she revealed she’s still got a way to go to understand the depth of inequality in this country.

O’Dwyer did an excellent job outlining both the importance of financial empowerment and security for women and the importance of equality – but she forgot to mention the I word, inequality; and that meant she gave some misguided advice to the women of Australia.

It is not enough to say of her own children that she wants “both of them to be able to live their best lives”. That doesn’t recognise the number of young women – and young men – in Australia who will never have that opportunity.

They live in poverty, they don’t have access to quality education or health care. And that’s true of boys and girls.

She’s called out bad behaviour and there was silence. When she called out bullying in her own party, the result was a big fat nothing.

But more concerning to me is this. O’Dwyer had a message for young girls and women.
She said: “Call out bad behaviour, whether it's school, at university, in the workplace or anywhere else.

"But don't allow society to define you as a victim or limit your expectations as a result of your gender.”

And why should she know? Because it’s happened to her too. She’s called out bad behaviour and there was silence. When she called out bullying in her own party, the result was a big fat nothing.

She says the Prime Minister has put in place a process where there could be “formal, independent,
rigorous complaints made within each division of the party organisation”.

But beyond some assurances, there is no obvious outcome, no report, nothing.

And instead of standing up yesterday and saying that the speed of change was too slow and the speed of her party’s response was too slow, she decided to provide a list of other incidents of sexual assault, harassment and bullying.

So when Minister O’Dwyer says the women of Australia should call out bad behaviour, she’s not reflecting on her own experience. Nothing happened for her nor for Julia Banks, nothing, with all their opportunity, access and privilege.

And if she can’t fix it for herself and her sisters in the Liberal Party, with all that power and knowledge, the rest of us don’t stand a chance.