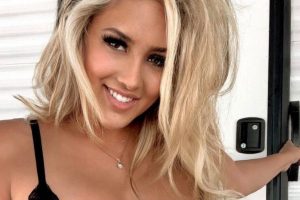 A mum's kids were kicked out of their sports teams when their coach found out about her OnlyFans page.

But the 31-year-old, from Florida, refuses to let the critics hold her back as she "never quits".

During a recent Instagram Q&A, a fan asked: "What do you love about yourself the most?"

And Sara, who has had to put up with a lot of keyboard warriors in recent months, declared she's proudest of her resilience and uniqueness.

She responded: "I never quit and people constantly underestimate me. I love that I'm different, humble and edgy."

Sara has also shown the haters she means business by achieving successes in her career.

She was recently splashed across the front cover of FHM Sweden for its July issue.

And in an exclusive interview with Daily Star, she revealed trolls are her motivation.

She said: "The cover is honestly a dream come true.

"It is my 'middle finger moment' for all the people who tried to break me and it's a defining career moment."

Sara continued: "To see a mum-of-four and a thicker woman, on the cover is monumental!

"Obtaining the cover of FHM is something I’m so proud of to share with my daughter.

"It shows her and the rest of my kids that just because you're a mum, it doesn’t mean you can’t be a bad-ass b*tch either or still make your dreams come true.

"They were actually at this photoshoot and my photographer Joey P is basically like family, my kids could pretty much call him Uncle."

Sara doesn't plan on quitting her saucy job any time soon either.

Previously, she told us: “I would get judged by other parents if I wasn’t doing OnlyFans, I dress sexier than other mums, I didn’t sign the PTO dress code, and I never will…

“Being sexy, loving to have sex, and wear bikinis or lingerie is a dream come true job.

“I get to embrace and share who I really am without being shamed by others.”