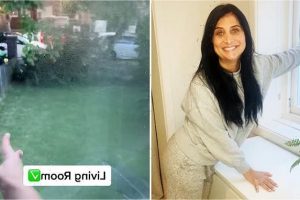 An Australian cleaning expert who’s on a mission against mould has revealed how to keep the unwanted bacteria growth away from your home.

She shared the tip in an Instagram video and explained that opening windows and doors to encourage airflow and ventilation is the easiest way to prevent mould. 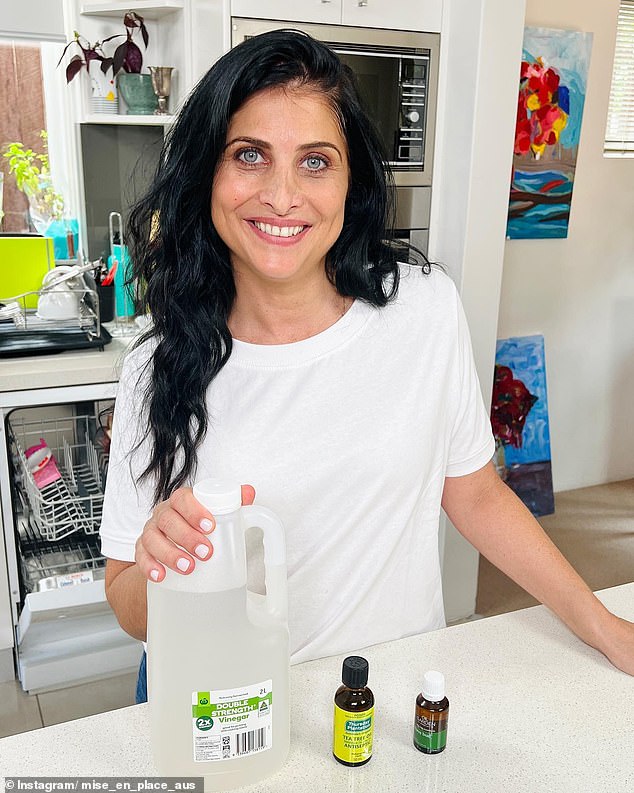 ‘We all know I’m on a constant mission against mould,’ the mum said. ‘But what is the best way to keep mould at bay?’

Anita was quick to answer her own question, ‘It’s airflow and good ventilation!’

She then urged everyone to go around their house and open up every single window possible to get the airflow going.

The mum also went as far as opening the sliding doors to her garden and her front door in order to combat mould.

Many were extremely receptive to Anita’s suggestion and shared personal stories.

‘Growing up with Italian mother, the first thing you do in the morning is open every single window,’ a woman said.

She added, ‘I wish I had as many windows as you – living in apartment is limited but I still managed to open them rain or shine.’

‘That’s what I’ve been saying – easiest way to keep your home fresh and mould-free.’

But others expressed concerns at the seemingly ‘simple’ strategy.

‘Temperatures too low where I live to open up all the windows,’ said a man who is struggling with the cold.

‘I would love to open my windows but I live in the Pilbara and my house would be overtaken with flies,’ shared another.

‘My next door neighbour smokes like a chimney – every time I open my windows and doors my house fills with smoke.’ 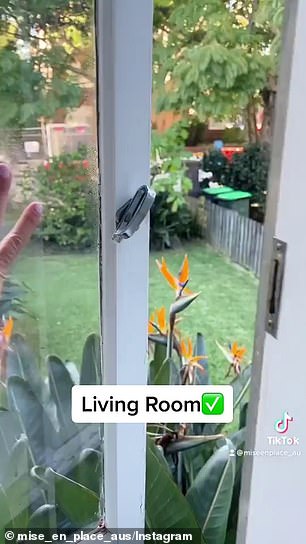 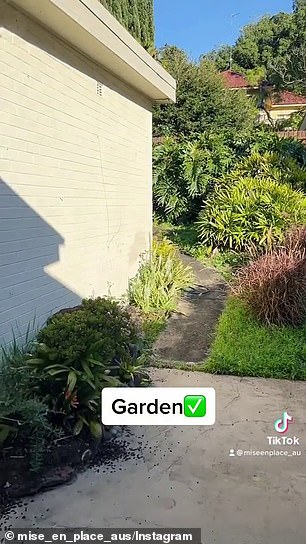 But Anita also has a trick for those struggling with extremely wet weather who cannot open their windows.

She recommended using chalk and clove oil to prevent mould in a video posted to her popular Instagram and TikTok pages.

She simply adds a few drops of clove oil onto a large chalk stick and puts it in her drawer to absorb moisture and kill mould spores. 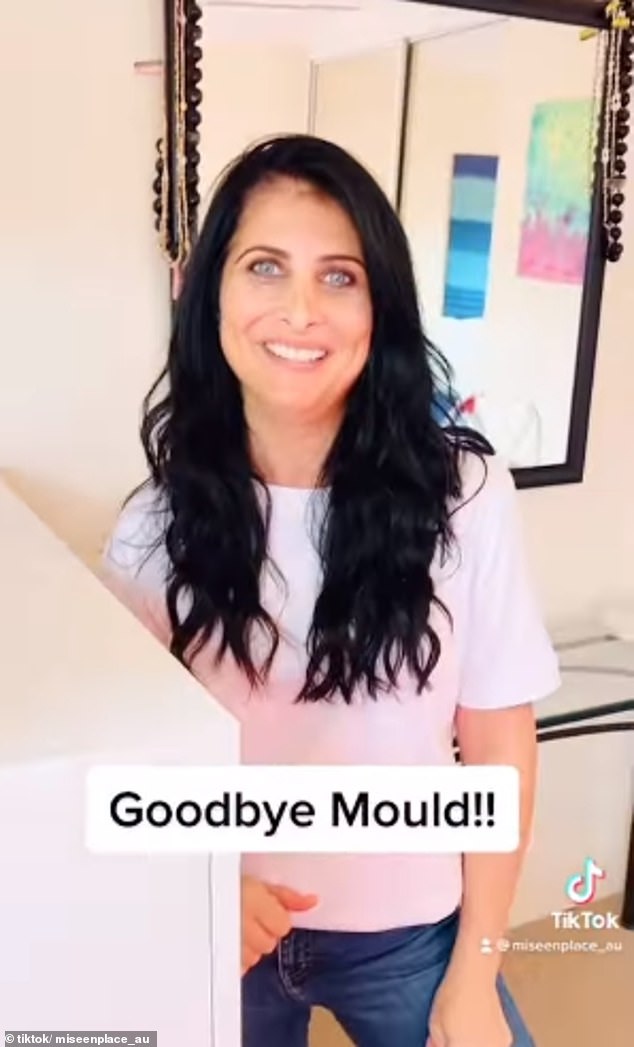 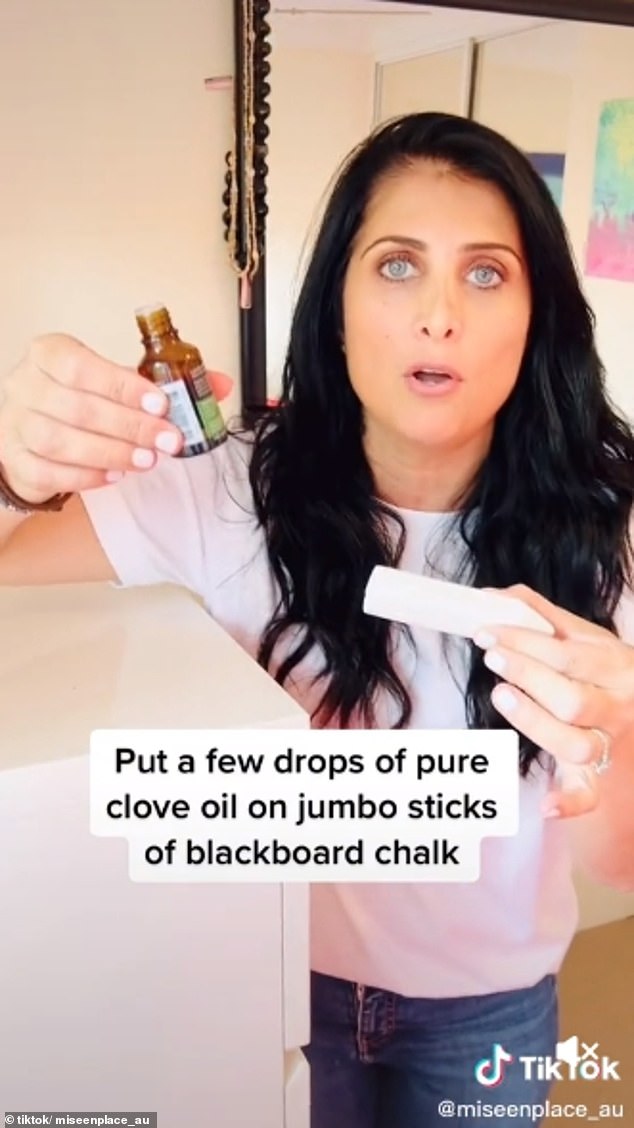 Anita recommended using chalk and clove oil to prevent mould in a video posted to her popular Instagram and TikTok pages.

‘Do you have mould in your drawers or in your bedroom? Ok, have I got the bets mould prevention hack for you,’ she says in the clip.

Anita suggests putting two to three drops of clove oil onto a jumbo piece of chalk.

‘Place or hang them in cupboards and drawers and allow the scent to waft around killing mould spores,’ the cleaning expert said. 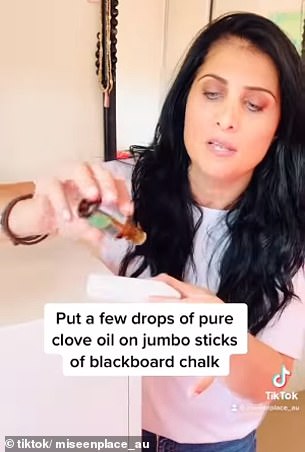 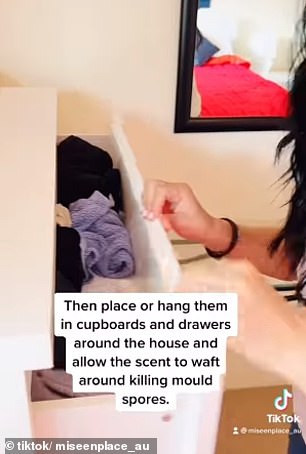 In the comments, Anita said the chalk absorbs moisture and the clove oil prevents mould from coming back.

The clips drew in thousands of views with many thankful for the advice after the wet and humid weather plaguing parts of Queensland and New South Wales saw a rise in household mould.

‘Wow that is awesome. Going to go and buy some chalk tomorrow,’ a second wrote.