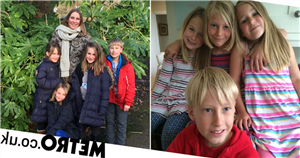 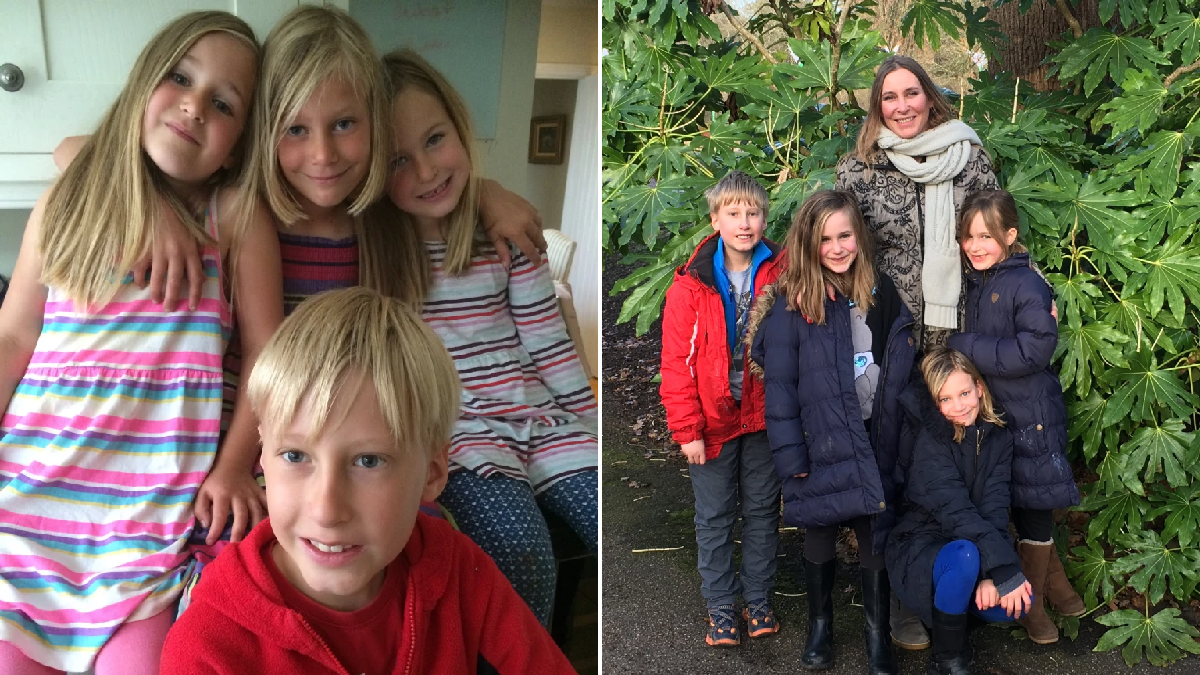 Disabled teenager Sammy Alban-Stanley was just 13 when he fell from a cliff in his home town of Ramsgate, Kent.

Prior to the tragedy, his mother Patricia Alban-Stanley, 55, had begged for support from Kent County Council because they had not found a school placement for Sammy and his behaviour at home was dangerously unpredictable.

Coroner Catherine Wood, who conducted the inquest into Sammy’s death, concluded that if his family had been given the support they requested, it may have made a difference to his high-risk behaviour and ultimately his death.

Since then, the government has acknowledged in its Special Educational Needs and Disabilities Review in March this year, that the current system for all disabled children doesn’t work and published new plans to support families.

Here Sammy’s sisters – Hazel, 14, Poppy, 12, and Holly, 12 – pay tribute to their brother and explain why families must be heard:

‘It’s the early morning sawing and hammering that we miss most about our brother Sammy. That, and the cuddles.

He would get up with the sun and go into our garden to finish bits of carpentry. He’d taught himself to make boxes. We’d wake to the sound of drilling and the smell of sawdust.

It feels strange and sad that we will never experience that again.

Sammy was the eldest of the four of us. He had bright blue eyes and blonde hair and looked like any other boy, but he had the rare genetic disorder Prader-Willi syndrome and autism.

Most of the time he was kind, creative and funny. But if things went wrong or his routine changed, he could go from nought to ballistic in seconds.

We would call these “episodes” – they were caused by his condition not because Sammy was mean.

Sometimes it was because something had disturbed him or because he couldn’t find something. He would become suddenly different, like someone else was in his body.

In the morning, if he couldn’t find something before he went, he would shake one of us awake and we’d all have to search.

Sammy would become very physical and wouldn’t know what he was doing. Mummy would have to hold on to him with all her strength so that he wouldn’t hurt himself or one of us.

He would pull her hair and kick and punch. There was lots of screaming.

We’d all try to calm him but if that didn’t work we would need to call the police. Hazel would usually be the one to have to call as there was rarely another adult at home.

The police were called over 29 times in total. Each time they came, they said they would ask our council to organise professional help for Mummy. They could see we needed it.

The first time Hazel called the police she was only nine. She came to know exactly what to tell them off by heart.

She would ring and say: “Hi, I have a disabled brother and he’s hurting my mum.” They would ask the same questions. Where are you? Are there any other adults with you?  Hazel would have to say no.

The twins would run to the neighbours.

Sammy got used to the police arriving, we would sometimes see him get handcuffed.

He’d be happy when he came home because often the police would take him to hospital and he’d come back with a cuddly toy.

Sometimes he would have an episode in our car and try to grab the steering wheel or open the door when we were going fast. That was terrifying.

We weren’t allowed to have friends over because it wouldn’t be fair on them if Sammy had an episode.

We never really spoke about our brother to our friends, it would be hard for them to understand. Even some of the people in our family didn’t understand what it was like.

Before Mummy and Daddy split up in 2012 Hazel and Sammy started at the same junior school although he was in a different class.

She can remember seeing him having an episode and being taken out of his classroom into a corridor when he was upset.

Hazel knew him better than anyone and asked the teacher to take him to the library where it was private and where he would calm down better but they said he would pull shelves over.

Sammy liked routine. He always had healthy meals to keep his weight down because Prader-Willi makes people put on weight easily. He always had different meals from us – always five things on his plate – and at a different time.

He was out of school for a very long time because a place hadn’t been found that suited him, that wasn’t fair on him. He used to cry a lot about it. Eventually he went to a special school.

Mummy asked for professional help so many times because his episodes could be dangerous and she needed another adult in the house, but she was ignored.

Life with our brother was different – it was stressful and happy.

Sammy was energetic and active. He would swim in the sea in winter. He loved the beach and riding his bike with all of us or walking in the woods nearby. However, he also became very tired suddenly, so we could never go far.

He loved playing Minecraft with us and together we built loads of different worlds.

We looked up to Sammy, because he was so brave. He would be the first on a scary ride at Dreamland theme park in Margate and he would get rid of slugs and spiders for us.

If we were too shy to ask directions, Sammy would do it. He would talk to anyone, and adults would always say how lovely he was. He was really polite and wrote thank you letters to everyone.

He was always proud and protective of us. If one of us was sad, he would notice and give us cuddles. He used to inflate the tyres on our bikes when they went flat. He made Mummy presents all the time, like sewing dinosaur-shaped toys or beautiful bags.

On the morning that he fell from the cliff he woke us at 6.10am having an episode because he couldn’t find a particular piece of paper.

We helped him look for it, but later he ran out of the house without anyone knowing. It turned out that the piece of paper he found wasn’t the right one.

He went towards the sea at the end of our road, climbed over the cliff top railings and fell to the path below.

We didn’t know he had gone, we were woken by the police who broke the news to us.

They came into our home through the door Sammy had left open just after 7am to say a boy had fallen at the bottom of our road. One of them recognised our brother from being called to the house a few weeks earlier when Sammy was having another episode.

He was in intensive care for four days. While Mummy stayed by his bedside, we went to our dad’s house in Surrey.

We went to see Sammy in hospital once and gave him cuddles. The next day Mummy and Daddy told us he had died. We felt so deeply, deeply sad, we just wanted to be with him.

After our brother died, Hazel was feeling sad when she found a card from him. It said: “Dear Hazel, I love you and thank you for looking after me, Sammy”. He had drawn a picture of a dinosaur.

Following Sammy’s funeral we wrote in books to remember him. We promised we would help other families who are going through this.

When we are older we want to build a school for disabled children and teach them meditation to calm them down if they become distressed.

We want disabled young people to have better lives, for their families to have the support we never received with Sammy. More than anything we want families desperate for help to be heard.

We wish we could say “I love you” to Sammy one last time and that he would come back to make our family complete again. We worry because people might forget him, and are angry he died so young.

We will always miss him. Our lives will never be the same again.

We don’t want any other children to die like Sammy.’