Pandemic leave reversal is a teachable moment for Albanese 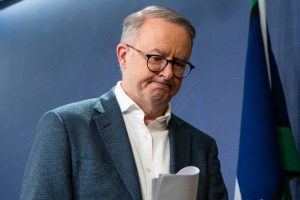 There are plenty of things people do to each other that are awful, but in daily life one of the worst is taking someone for a mug. It’s insulting. It’s an attempt to humiliate. Ultimately, it degrades both parties. So you have to question why Anthony Albanese thought it was smart to treat the public like mugs over his now-reversed decision to end the pandemic leave disaster payment.

The justification for the decision – that the ALP had inherited the scheduled June 30 closure of the payment from the Morrison government, which had also left behind a massive budget deficit, so, you know, it’s got to find savings somewhere – did not wash. It fell over at the first hurdle. 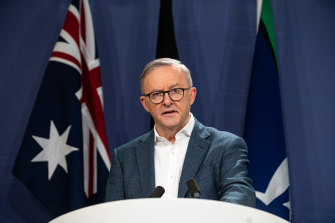 Albanese and his ministers also inherited the Coalition’s building industry watchdog, which he and his ministers are determined to abolish. It was also bequeathed the Coalition’s hands-off approach to national wage case submissions, which the new government reversed within days of taking office. The head of the Department of the Prime Minister and Cabinet, the climate target – the list of inherited people and policies that have been ditched goes on.

But that merely goes to the problem with presentation. As for the policy choice: bad budgetary position or not, what is a Labor government doing embracing a nine-month-old decision by a Coalition government that denies government support to some of the nation’s lowest paid, most insecure workers when they’re too sick or contagious to work?

All while even the pet cockatoo in your local beer garden knows that a new wave of infections is sweeping through the population. That’s where it fell over more hurdles. It was bad social policy and bad health policy.

The dreadful thought occurs that a new collection of ministers and staffers have come to office without the requisite community and institutional networks that are habitually established and strengthened in opposition. Surely the government should not have needed a briefing from the chief medical officer at Saturday’s national cabinet meeting to be aware of the increasingly dire COVID-19 situation in our workplaces and health systems.

The way it approached the issue could well result from Labor’s small-target strategy to power, in which it banked on the Morrison government falling over. At every turn, Albanese sought to avoid controversy, aiming to keep the focus on Scott Morrison. He stripped back the platform and did away with any audacious, challenging policy positions left behind from the Shorten years.

His judgment that the public would eventually tire of Morrison’s brand of flim-flam was astute. For this, he deserves praise and the gratitude of the Labor faithful. But while the risk-averse approach has put Labor in power, it didn’t train up the frontbench in making and successfully selling difficult calls.

There will be some backfilling by the government as it attempts to limit the damage from its first big and very public cock-up. The bringing forward of the national cabinet meeting from Monday to Saturday and the backflip itself will be touted as proof that the government is agile and responsive to advice.

Actually, it showed how the disaster payment was on track to producing its own political, health and economic disasters. Getting the states to share the financial burden of future payments, now extended to September 30, is a just outcome but it’s a fig leaf; taxpayers end up paying anyway.

This is, to borrow a term from the touchy-feely world, a teachable moment for the prime minister, his staff, and his colleagues. Next time a tough call is made, take responsibility for it but first make sure it’s the right call for a Labor government in a time of crisis. Waver from that and oblivion beckons.

The Albanese government, unlike every new government elected since the Second World War, does not have a second term baked into its numbers. It wasn’t swept to power on a large wave of public affirmation. It’s heavily dependent on the Senate crossbench to pass its legislation. In the 151-member House of Representatives, it commands a majority of two.

Since the establishment of the two-party system of electing governments, only one previous opposition has been elected to office with a smaller majority and that was Joseph Cook’s Liberal government, which won in 1913 with a one-seat lower house majority.

That government lasted only 15 months. Frustrated by his minority position in the Senate – sound familiar? – Cook called the first double dissolution election and was defeated by the Labor Party.

That the Albanese government’s leading figures thought they could do a Morrison and use a clever-clever dodge to explain themselves – well, voters just ditched a government that did that sort of thing. The PM and his ministers should always bear in mind that voters expressly did not want another one.

The Opinion newsletter is a weekly wrap of views that will challenge, champion and inform. Sign up here.