Paul Ritter stars as Martin in Friday Night Dinner in 2018

The star has passed away after suffering from a brain tumour. His agent told the Guardian: “It is with great sadness we can confirm that Paul Ritter passed away last night.

“He died peacefully at home with his wife Polly and sons Frank and Noah by his side. He was 54 and had been suffering from a brain tumour.

“Paul was an exceptionally talented actor playing an enormous variety of roles on stage and screen with extraordinary skill. He was fiercely intelligent, kind and very funny. We will miss him greatly.”

Paul played Eldred Worple in the Harry Potter movies. Eldred was a wizard and writer in the magical novels, who studied vampires.

According to the website Idol Net Worth, Paul had a net worth of about £7m.

However, this has never been confirmed by the actor. 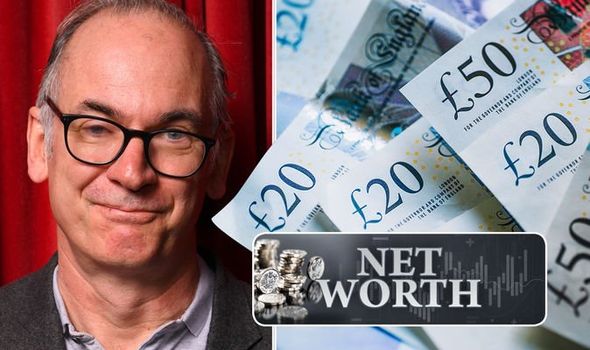 Praise poured in for the actor online.

Actress Nicola Coughlan said: “So, so sad to hear this. I was such a fan of Paul Ritter he was absolutely magic, RIP.”

Comedia Sanjeev Kolhi said: “Paul Ritter was one of the most versatile & brilliant actors that has ever drawn breath. If Paul Ritter was in something, it made it good. This is horrendous news.”

One wrote: “Paul Ritter was honestly one of the most underrated comedic people on tv and was the heart of friday night dinner, so heartbreaking.”

“Rest in peace to a king, unreal actor. Thank you for the memories Paul Ritter,” another said.

One wrote: “Extraordinary actor – watch an episode of Friday Night Dinner then immediately watch the 1st episode of Chernobyl to see his range. No age to go.”

Another said: “The amount of laughs you gave me as Martin in Friday Night Dinner will never be forgotten, incredible comedian.

“I hope you rest in peace, you’ll be missed dearly and hope you’re in a better place.”

“I wasn’t the biggest Friday Night Dinner fan, but I’ve never wanted to punch anyone as much as I did Paul Ritter in Chernobyl, a real talent. RIP,” one said.